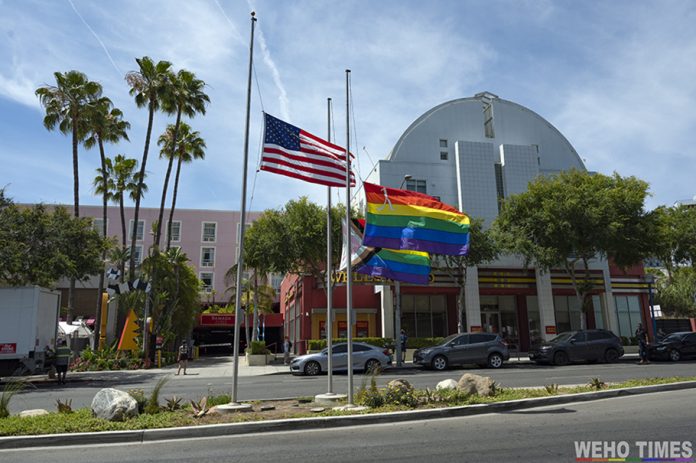 “Flags are at half-staff today through Sunday morning in remembrance of long-time #WeHo resident and Commissioner Ruth Williams,” the city of West Hollywood announced via its social media platforms yesterday following the announcement of her passing.

Flags are at half-staff today through Sunday morning in remembrance of long-time #WeHo resident and Commissioner Ruth Williams. pic.twitter.com/eqaIHmMYCP

According to her LinkedIn page, West Hollywood Public Safety Commissioner Ruth Williams was experienced in Public Safety with a demonstrated history of working in the government administration industry. She was skilled in Corporate Social Responsibility, Director of Advocacy for social service provider, Governmental Affairs, Grassroots Organizing, Government, and Urban Planning and she was a strong community and social services professional. She also acknowledges being a recipient of numerous commendations.

“It is with our heavy hearts and it devastates us to announce the untimely passing of our dear mother, Ruth Hanna Williams on June 17, 2022,” reads a statement by Ruth’s two sons Steven and Richard, who announced their mother’s passing this morning.

The statement states that on June 4th, Ruth suffered a stroke which she succumbed to at the hospital and passed away. “Ruth was continuously surrounded by her family and friends during her last days and knew how much she was loved,” her sons stated. “To know her was to love her and she will be greatly missed.”

Ruth is survived by her sons Steven and Richard Neubauer, Michael Forster and her grandchildren Jonathan, Lauren Neubauer, and Jacob Forster. Funeral arrangements have not yet been made and will be communicated once completed.

“Ruth was a powerful influence on the establishment and incorporation of the City of West Hollywood” reads a press release by the West Hollywood / Beverly Hills Democratic Club. “She also helped establish and became a president of the West Hollywood / Beverly Hills Democratic Club. She was a “mover and shaker” and tireless worker for the many, many causes she believed in. People could always count on her to step up when ever she could. We will relay any information regarding services as soon as we hear something.
We will truly miss our Ruth.”