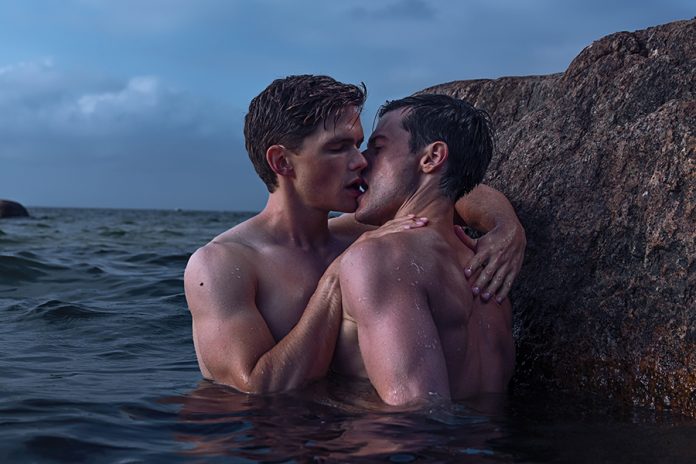 Firebird is a love story. Not just a gay love story, but a love triangle set in the Soviet Air Force during the Cold War. Set in 1977, in the Soviet occupied Estonia, the feature film directorial debut from Peeter Rebane is based on a true story.

Sergey, (Tom Prior) is a haunted young private hiding his homosexuality in fear of being discovered and punished to 5 years in prison. He is counting the days until his military service comes to an end. However, his life is turned upside down when Roman, (Oleg Zagorodnii) a handsome and mysterious fighter pilot arrives at the base. Sergey’s attraction is palpable from the start, but in fear of the unknown, he enlists the help of his comrade and childhood friend Luisa, (Diana Pozharskaya) to join for a trip around the city. As the three of them develop a bond, the attraction between the men consumes their desires, unbeknownst that Luisa is developing feelings for Roman as well. 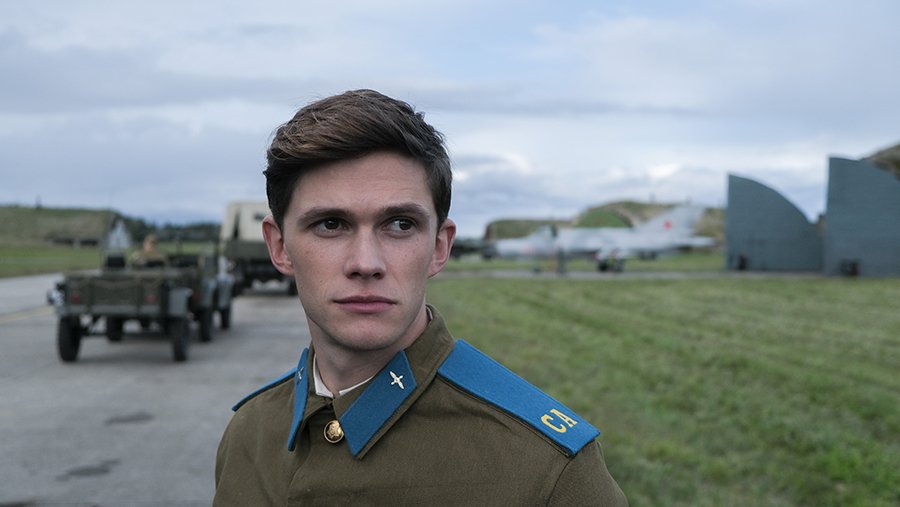 Sergey and Roman navigate the precarious line between love and friendship inside the base and not wanting to be caught. Amid the fears of the Soviet regime, they risk their freedom and their lives in the face of an escalating KGB investigation. But life has a different plan along the way. The film spans several years in which Sergey is forced to face his past trauma while Roman’s career is endangered and under constant scrutiny. Luisa must face her fears and her suspicion that something else is amiss.

Firebird is not an original idea. Heck, you feel like you’ve seen it before. It’s “Brokeback Mountain” trope, but rather than getting the mountain backdrop and cowboys, you get fighter jets and cinematic backdrop of Estonia. It’s “Call Me By Your Name” complete with the younger Sergey and the dashing yet older Roman. It’s even “God’s Own Country” about forbidden love and the consequences one faces. It’s “Freefall” from Germany about choices one must make between family, honor, or live life free and gay. But for all the cliché’s and the “I’ve seen this before,” where the film excels is authenticity and passion delivered by the actors and a direction by Peeter Rebane. It’s historically accurate, based on a true story that feels just as intense now as it was back then. Particularly since 2013, for which the homosexual propaganda in Russia became law where homosexuals are prosecuted to the full extent for advocating the denial of traditional family values. 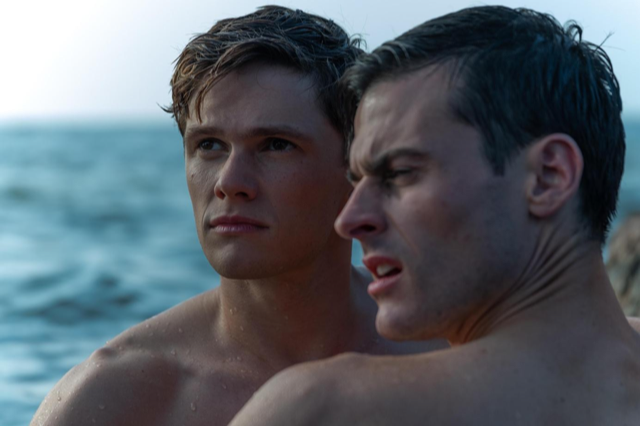 The film is not subtitled, not dubbed, but spoken in the English dialect. The various accents might throw the viewer off a bit, but tension will griping with the Soviet military backdrop. The film has moments of melodrama, but that’s ok. In Russian folklore, a Firebird represents a treasure that is rare and difficult to possess, which is the love between Sergey and Roman. The second half feels a bit rushed, but the fact that the film was made holds true to the conviction of the producers to be able to convey a love story that is as relevant then, as it is today.

Firebird is produced by The Factory; who have an ethos to tell true stories with a social impact which inspire and connect audiences across the world, and No Reservations Entertainment. Filming is supported by the Estonian Film Institute through Film Estonia cash rebate program. The Movie was featured as part of the 2021 Outfest LGBT film festival.