The Faultline Bar liquor license was officially canceled on Wednesday, December 29, 2021. An update on the California Department of Alcohol Beverage Control (ABC) reports the bar’s liquor license was transferred to a new straight bar called Bestie Lounge, at 2416 Melrose Avenue, the former home of the beloved gay leather Bar. A sign at the door announces the transfer of ownership.

The cancellation of the liquor license suggests Faultline Bar has officially flatlined. It appears the owner did not find a new home for the bar after a year of posting and teasing that there were leasing negotiations underway and that the bar was coming back soon to a new location. 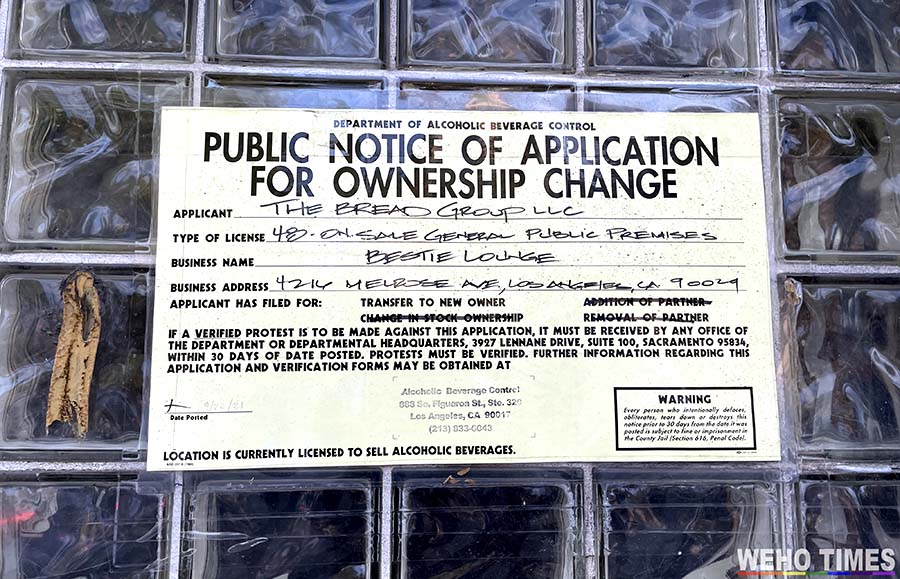 Faultline Bar left its home after 26 years, some time in November or December 2020. However, the website faultlinebar.com still lists its current address as 2416 Melrose Avenue. “We will be back soon once it’s safe,” reads a message on the home page. “Please stay safe and take care of each other.”

According to the bar’s social media platforms, it is business as usual, and the Facebook page has the bar open during normal hours of operations.

Roughly a day after the liquor license officially transferred to new owners at Bestie Lounge, Faultline Bar owner Ruby De Fresno (or Ruby Nuno as she is officially listed on the business license) took to her personal Instagram page and the bar’s official social media to vaguely suggest Faultline is coming in 2022–“Waiting for 2022” reads a short video clip of a darkly lit and blurry image of what appears to be a bar.

Former patrons responded with excitement and applause emojis. However, some skeptic fans suspiciously asked if Faultline really was coming back in 2022.

“I had given up hope,” @mrbodycombat replied. “You say Faultline will reopen?????”

“Be nice to know where at,” @reyes4u posted. “Will it have the same leather crushing vibe, that was the True Faultline bar?”

De Fresno also posted an old photo of herself drinking out of a bottle with the Faultline sign in the background on the bar’s Facebook page where she stated, “We are still here 2021,” leading some to ask, “Where is here?”

Aside from the Faultline Bar liquor license transfer, public documents do not show any connection between Faultline and Bestie Lounge. De Fresno, or Nuno are not listed as an owner or a partner.

The new Bestie Lounge, which also goes by the name Bestie Hollywood on the new bar’s website https://www.bestielounge.com, was incorporated on June 16, 2021. It is operating under The Bread Group LLC, which could have ties to a clothing brand (bread being slang for money). Varela Santiago Jr is listed as its main Officer.

WEHO TIMES spoke with Armando Cabana, who identified himself as a co-owner of the new space. “Faultline Bar is long gone,” he said. “The place was up for grabs. The owners just left it and it was a blessing in disguise. I have a good vision for the space. I’m taking my time, and little by little, I plan to turn it into something special, funky and lounge-ey, where people can come and chill out.”

Cabana said a possible name for the bar was The Melrose Home. The name was later changed to The Melrose House on Instagram before they settled with Bestie Lounge. It appears Melrose House hosted a series of private events at the space according to https://melrosehouse.la.

According to public records, Boldwell Inc is a business registered with the Office of Finance, City of Los Angeles. The Doing Business As (DBA) name is FAULTLINE BAR. Ruby Nuno is listed as Chief Executive Officer (CEO) of Boldwell Inc. The business activity is listed as a drinking place (alcoholic beverages). The business has listed its address of operation as 4216 Melrose Avenue, Los Angeles, CA 90029-3509, since April 25, 2016. However, according to Boldwell’s most recent filing with the secretary of state, the primary place of business is no longer registered on Melrose Avenue. It is currently under a residential address on North Flores Street in West Hollywood. 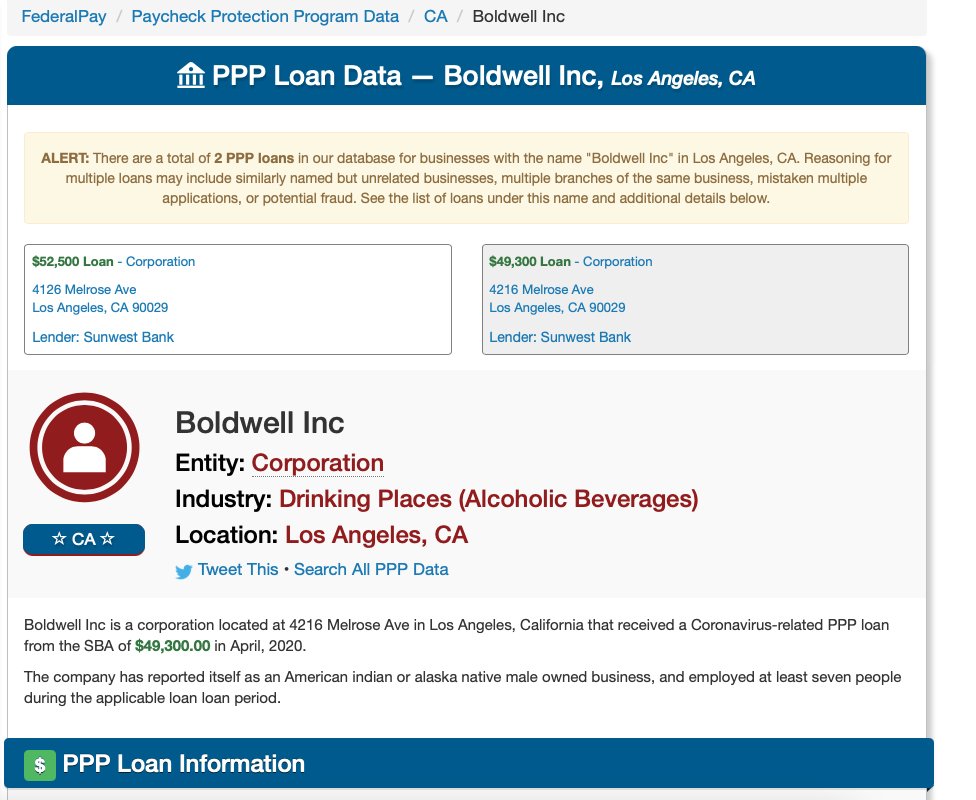 The PPP loan for $52,500 was approved on February 19, 2021, long after the bar closed at its home location and the official business was moved to a residential address. The PPP government loans add up to over $100,000 and some have suggested this is the reason why the company’s CEO insists she is negotiating a new lease for the Faultline with “see you soon,” and “we’re still here,” messaging.

The Faultline Bar was founded by Shawn Farnsworth in 1994. It was The Stud, a Levi/leather cruise bar from 1974 to 1988, and then morphed into other gay spaces that include Griff’s.

It has exchanged hands of ownership a couple of times throughout the years. Jorge Usatorres purchased the bar in 2015 and sold it to co-owner Ruby De Fresno / Ruby Nuno, in 2016. She stated at the time that she purchased it from Usatorres with the intent of respecting and building upon its gay tradition.

Cabana said the new space will be open to everyone, but it will no longer be exclusively gay, or cater to the leather community like it has for the past 26 years. He said he hopes people will take advantage of the space and rent it for private parties if they wish to relive the Faultline experience.

It’s posslibe De Fresno may plan to host a Faultline themed night at its former home, so we may not have seen the last of the Faultline. If so, it will be a watered down version under the Bestie Lounge banner.

Didn’t Griffs used to be on Melrose near Gower?

It looks like male dancers in very good physical shape are being replaced by overweight women just like the ones who work for the California Department of Alcohol Beverage Control (ABC). Just noticed the pattern, “correlation does NOT imply causation.” 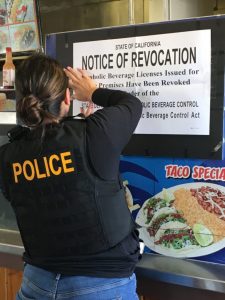 Oh God. Rip out the band aid already for godssakes. It is salt on the wound all over again. Goodbye Faultline! I hope this brings closure to everyone.

Say it aint so!