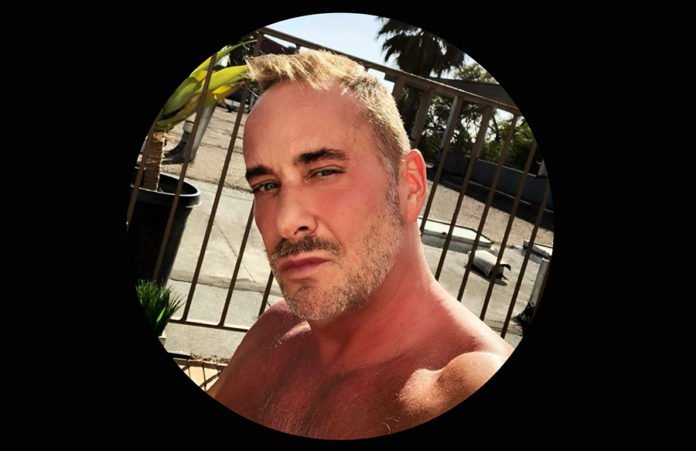 “We can just sit here?” I actually asked my friends out loud. We were seated at a table on the sidewalk outside of Rage in West Hollywood. It was broad daylight. That was a long time ago.

I had just arrived from Boston that very day. I thought Boston to be very accepting of gays. I mean, it had four or five gay bars. We gays were openly out when we worked on Newbury St., but nowhere had I sat on such a busy thoroughfare being in a so openly gay-gay-gay bar.  “I love this. Love-love-love,” I thought to myself. My whole life I had never had an issue with being gay, so I was always confused by having to hide myself, my feelings or actions.

So yes, I heart gay WeHo. It was the first place I had ever been to where I felt that I could be number one, because everywhere else everyone else was number one, but gays ruled in Gay West Hollywood. In the rest of the world, the straight world, women came first, or maybe kids, then guys and their sports. I was none of those things.

So amma be me in West Hollywood. No more editing of who or what I am or feel.

Gays have worked hard to make WeHo a beautiful (of course) and safe place to live. We can walk openly around the city holding hands. Queens can work their hips or the uber macho can lead with their bulge in a gorilla like strut. And lesbians, well, they have always walked however they wanted. The point is, that we gays get to be us in our city. Be ourselves in safety too.

West Hollywood has changed a lot since my first day at Rage. It’s still gay-gay-gay, but not as much as it used to be. Days of “the gay beach” where shirtless muscle studs populated the patio at the Big Gay Bux have subsided, and the only lesbian bar is long closed now. Straights populate the city as much as gays today. After the beauty and safety of Weho settled, and straight’s attitudes changed some, hetero women discovered our city and moved into our safe haven. Well, who do hetero women attract? Straight men. Now we’ve taken a turn back to women and children, guys and sports, then gays. That’s just how the straight world sees it. I like being number one, and I hold strong opinions on keeping West Hollywood as gay as possible.

When gays can walk through Third Street Promenade in Santa Monica without straights thinking “there’s a gay couple,” we may not have a need for a gay city where we look and think “there’s a straight couple.” But until then, keep WeHo gay, or as how it’s whispered around Weho city hall “Preserve West Hollywood’s history”. A code phrase meaning for “keep the city gay.” Wording it any other way might scare off the straight dollar.

I care a lot about Weho. I love it here. Always have. A few times over the years I’ve had to move away, but I’ve always worked to get back here. I can have strong opinions about the important and maybe not so important and that’s what I’ll be writing about.

From the changing face of Gay Pride to the rows of green bicycles that sit unused adorning the sidewalks of Weho, I’d like to discuss it all in this column.

Dan Mryglot
Dan Mryglot was born in upstate New York and raised in Massachusetts, but it wasn’t until he moved to West Hollywood that he found his home. A fitness enthusiast, he lives a healthy alcohol and drug free lifestyle in the city he loves. He’s passionate about preserving Weho’s history. Previous publishings include a bi-weekly column called "Best Boy" in Fab! Newspaper, where he wrote stories about growing up gay. Friend him on Facebook under Dan Mryglot. Follow him on Twitter under @mryglot and on Instagram under @danmryglot.
RELATED ARTICLES
Gay LA