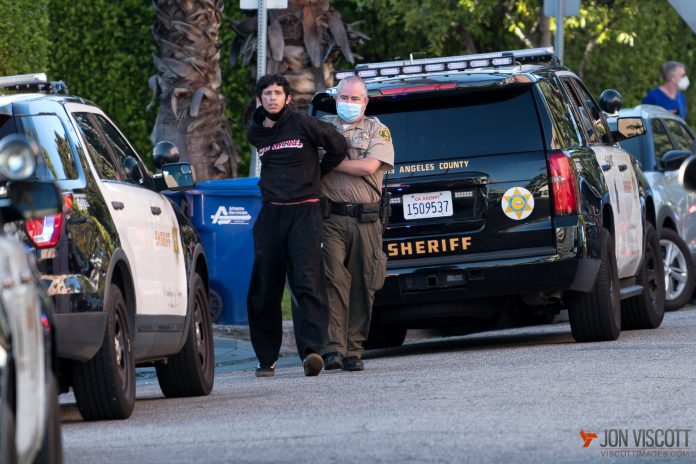 The Los Angeles Police department followed a stolen vehicle onto the streets of West Hollywood this afternoon with the car pursuit ending in the parking lot of Trader Joes located on Santa Monica Boulevard and Westmount Drive.

Los Angeles CBS2 Local reports that four suspects jumped out of the stolen vehicle and ran from police into the neighboring streets. The search for the suspect forced deputies to seal off a large footprint of the city with closures stemming from Holloway Drive, down La Cienega Boulevard and west on Santa Monica Boulevard to Palms Drive.

The man hunt began about three 3p.m. and continued into the early evening. One suspect was immediately captured on Westbourne Drive. They arrested two more suspects in the back of a building on Westmount. The search continued north on West Knoll in the block radius from Handcock Drive and up towards Sunset Boulevard. Three of the four car-jacking suspects are in custody. 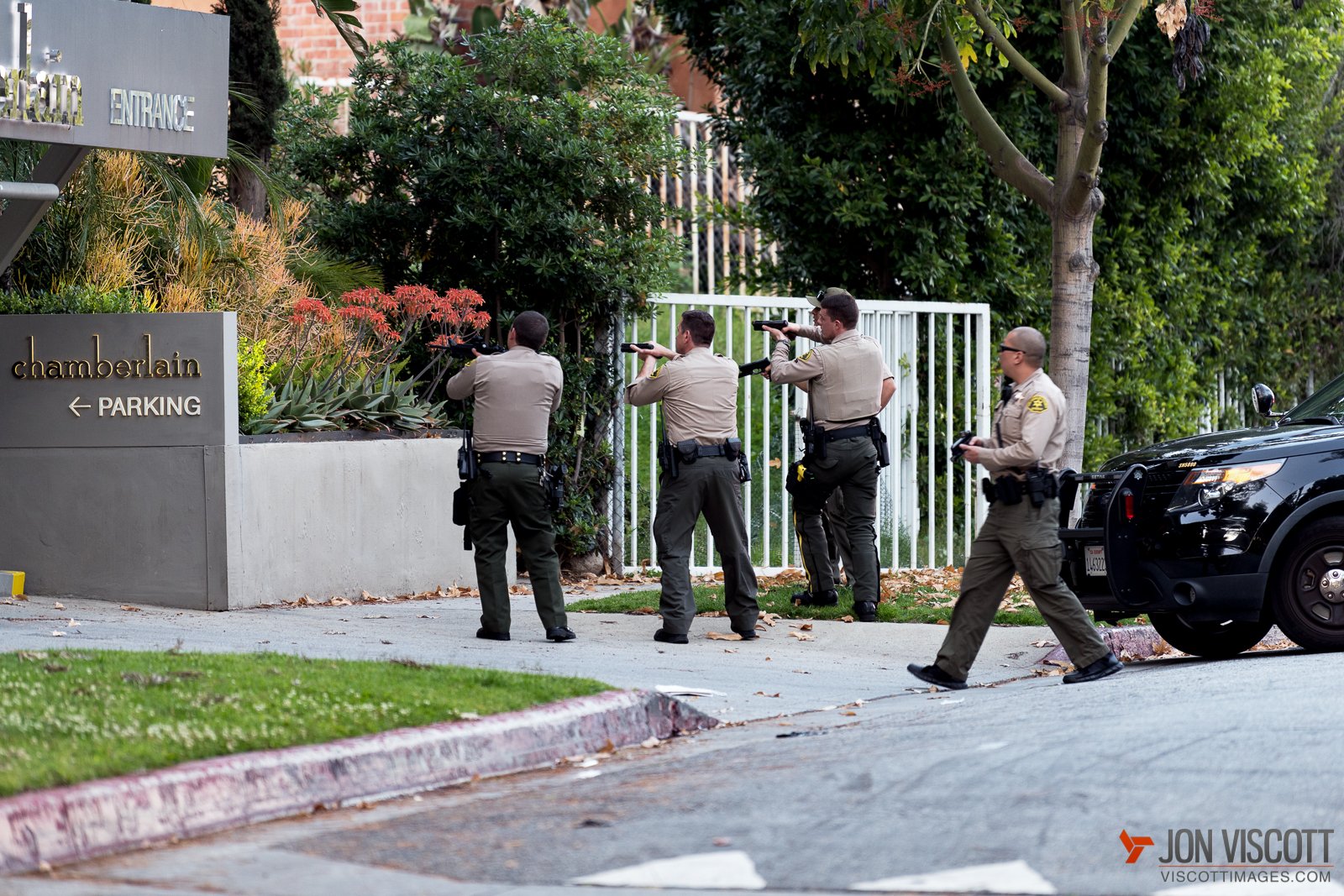 All Photos © Jon Viscott – www.viscottimages.com Photographs May Not Be Reproduced Without Permission and License.

“It was pretty insane hearing those helicopters hovering overhead for about five hours,” Dan Mryglot, who lives just south of Holloway Drive, told WEHO TIMES. “They kept telling the residents to stay inside. We’ve been in quarantine for quite some time now so hearing all that commotion outside was pretty surreal. It felt like it went on forever.”

All Photos © Jon Viscott – www.viscottimages.com
Photographs May Not Be Reproduced Without Permission and License.