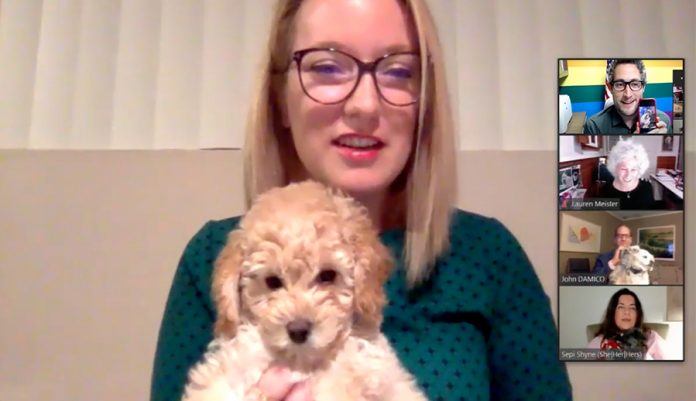 Dog guardians united! The City of West Hollywood is currently going through a series of firsts: WeHo residents elected Sepi Shyne to the city council making her the first out LGBTQ Iranian woman to hold office locally and globally. Her installment to the council makes her the first female of color to serve as a councilmember. She joins the first female-majority City Council in West Hollywood’s history. And according to WeHo Mayor Lindsey Horvath, this is also the first time in WeHo’s history that the entire council are proud pet guardians.

“This is the first council in West Hollywood where everyone has a four-legged friend, or multiple living in their home,” Horvath said at the regular city council meeting on Monday, December 21, 2020.

She then invited her colleagues to give their four-legged friends a moment on the spotlight and share their furry little faces with the community. 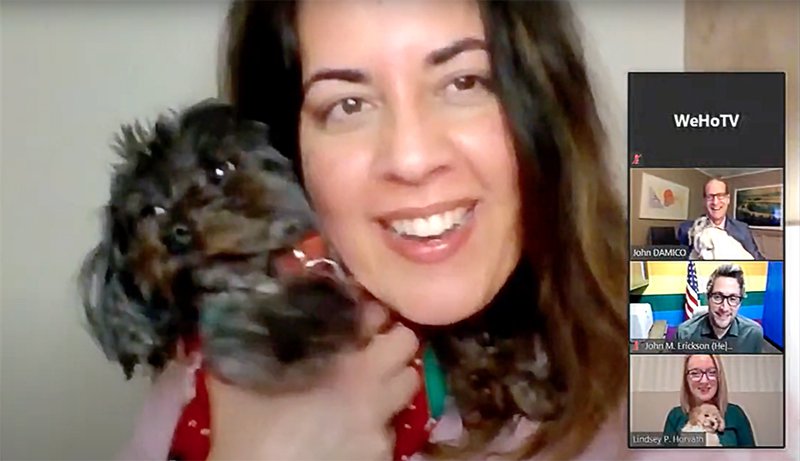 Councilmember D’Amico introduced Mr. Big and Dodger. “Dodger is kind of dumb, but he’s so cute.” He joked. 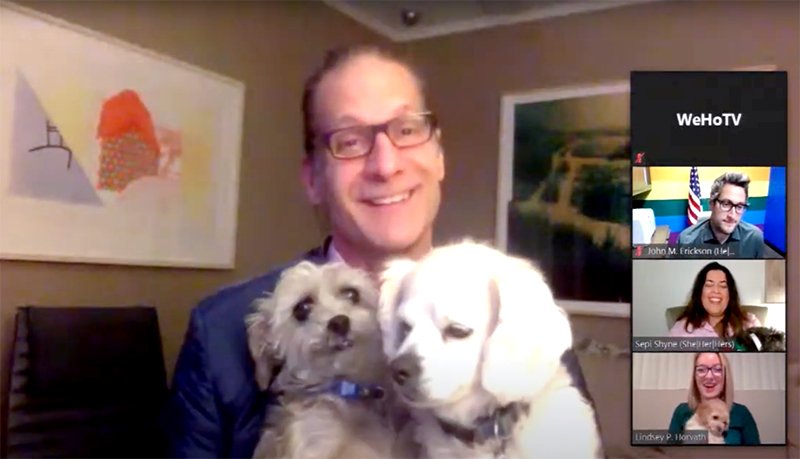 Councilmember John Erickson held up a photo of his dog Winnie. Erickson was at WeHo City Hall during the meeting and he didn’t think he could bring a dog inside with him. 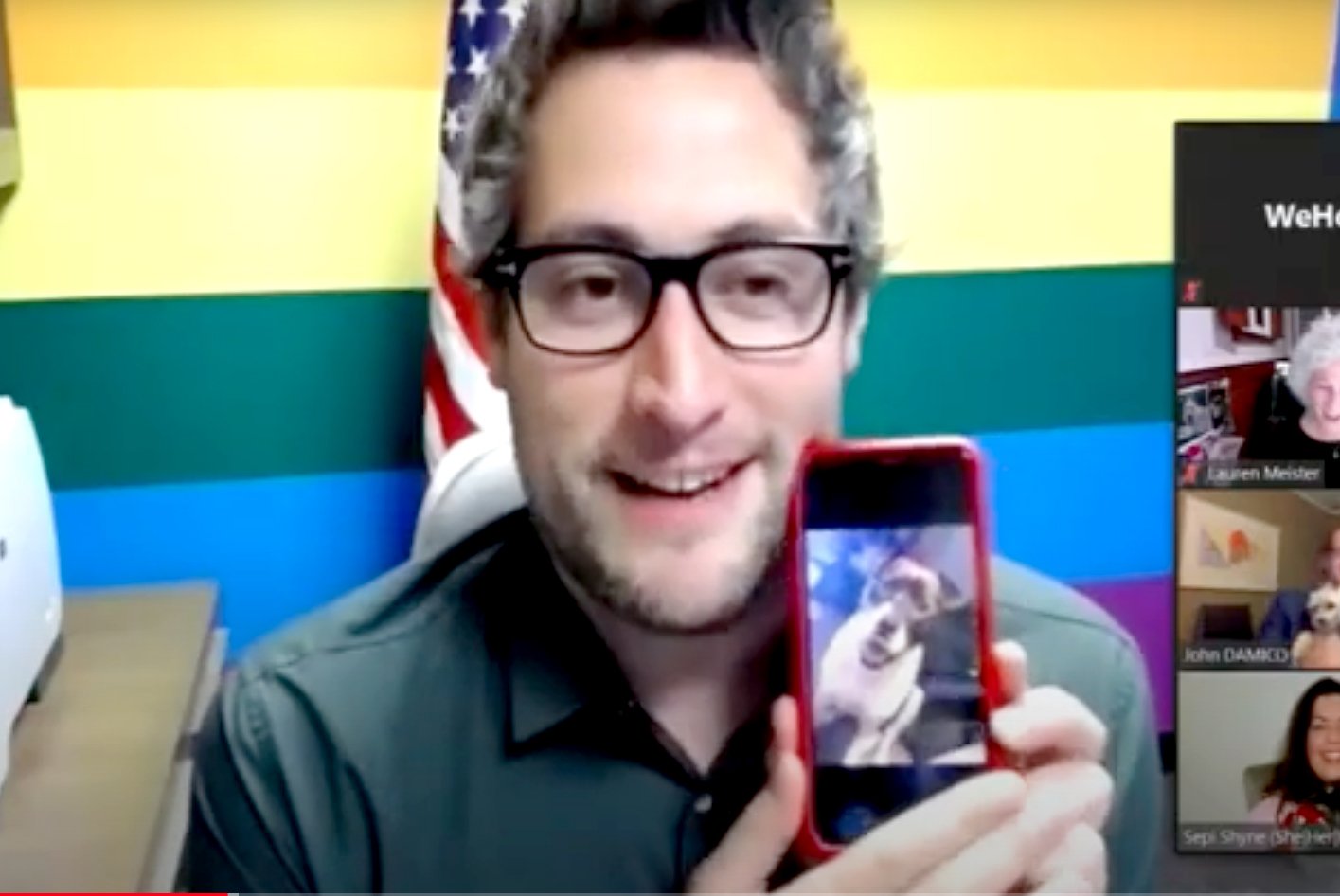 Mayor Pro Tem Lauren Meister, couldn’t get her two dogs Suki and Sammy on camera, but they are known to photo bomb her Zoom sessions at past council meetings. 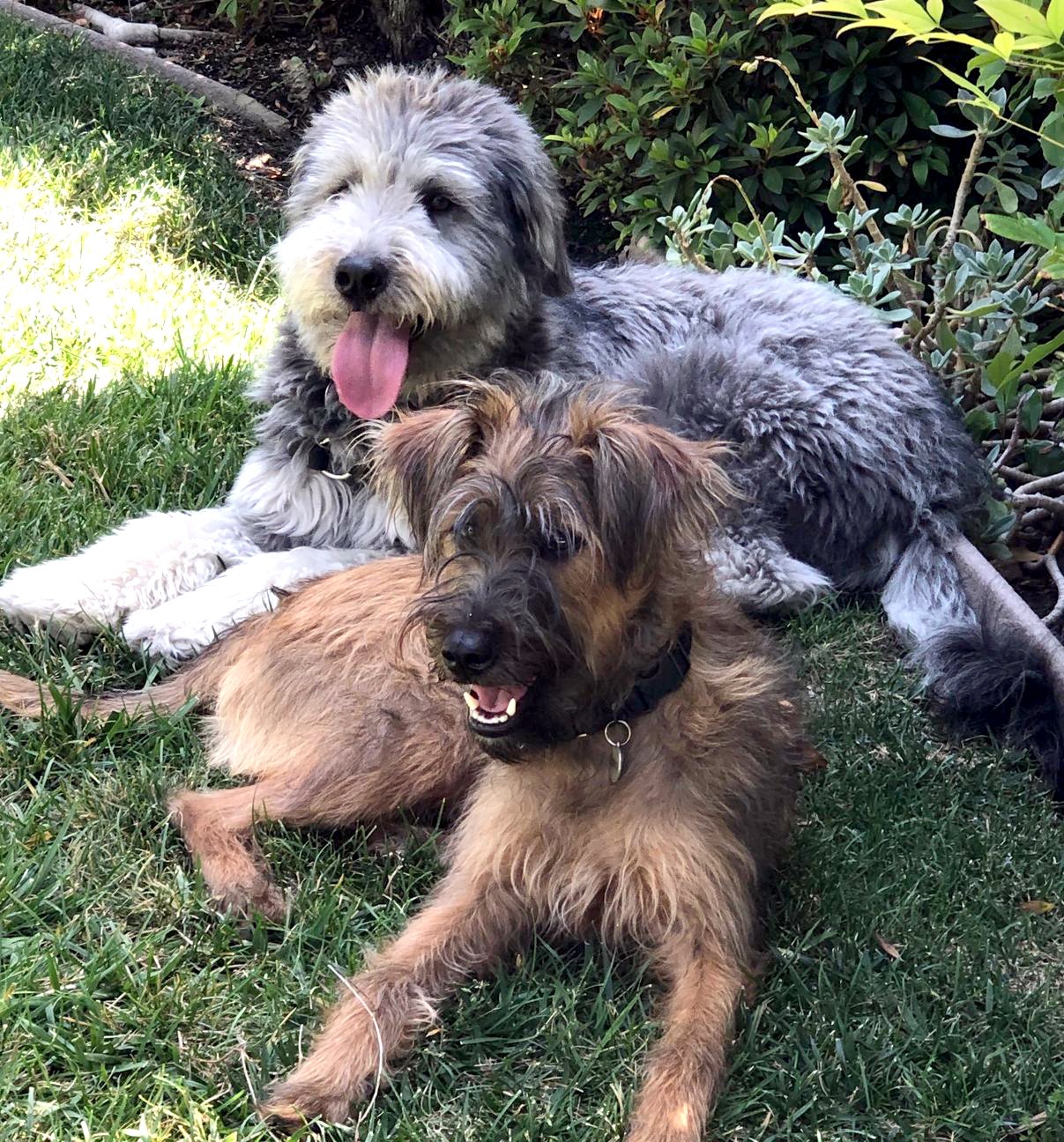 And of course, Mayor Horvath was more than happy to introduce the addition to her family, Winston, a Goldendoodle that is quickly adjusting to his new life as First Doggie of West Hollywood. He even has an instagram account where you mostly get shots of him sleeping and living a life of leisure in true puppy form. His Insta account went up a week ago and he already has a 132 followers as of the posting of this piece. 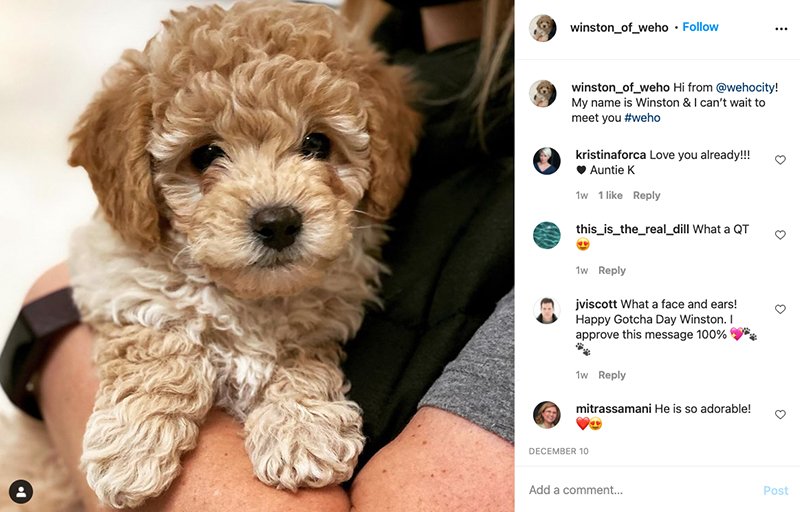 Editor’s note: The original article mistakenly referred to the council as being proud pet owners instead of correctly referring to them as “pet guardians.” An ordinance amended October 7, 2002, changed all references from pet owners to pet guardians in the City of West Hollywood. We apologize to any WeHo pets we may have offended by suggesting they were “owned.”