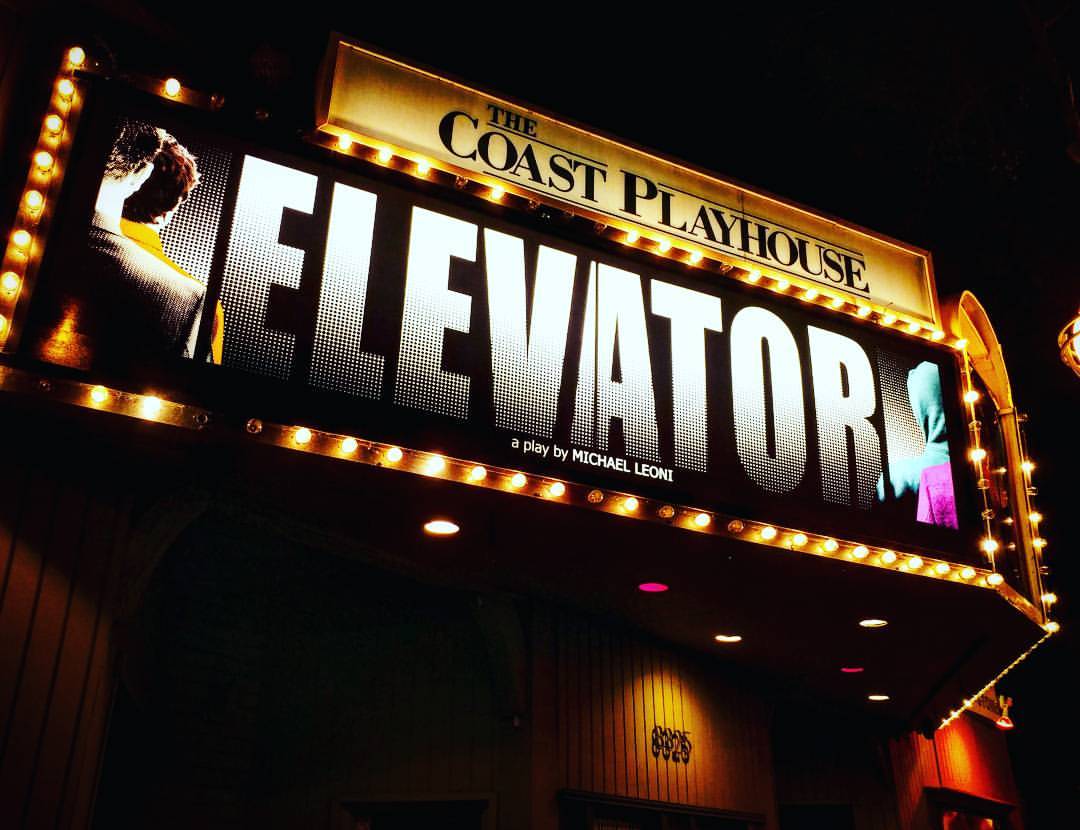 Written and directed by Michael Leoni

“Elevator,” a tidy chamber drama written and capably directed by Michael Leoni, runs a crisp 90 minutes.  There’s no intermission, but there is plenty of slow-mo — also voice overs, time-lapses, and dream sequences.  If this all sounds less like a play than a film, it’s because Mr. Leoni originally wrote the script as a screenplay.  It wasn’t until it was accepted by the Hollywood Fringe Festival that he rewrote it for the stage. The story, though, is well-suited to its new medium.  It’s about seven strangers who get trapped in an elevator for several hours, during which time they discuss life, death, love, and sex.  Assumptions are shattered, dark secrets are revealed, and everyone turns out to be much deeper and kinder and sadder than we initially thought.  It’s Sartre by way of “This is Us.”

The cast is uniformly strong, with standout turns from Erica Katzin and Devon Werkheiser.  Karsen Rigby also does fine work as the aptly named Hot Girl, whose dancing in real life hilariously turns out to be much less impressive than her male admirers imagined it to be.  There are two musical moments which I’ll not spoil, but they’re showstoppers. The production values are top-notch.  The lighting and set design work together seamlessly to convey the claustrophobia of being trapped in an elevator, without constraining the movement of the play.  Mr. Leoni’s direction is every bit the equal of his writing, and he consistently finds new and inventive ways of opening up the action.

While not deep,“Elevator” is an unmitigated crowd-pleaser.  The man beside me laughed, gasped, wept freely, and at the end leapt to his feet to applaud the curtain call.  He wasn’t the only one.

Angelinos sometimes needs to be reminded that the stage can be as powerful as film.  This laugh-and-cry show, with the explicit thesis that “life’s about love,” isn’t a bad place to start.

Forrest Leo is an LA-based writer and photographer.  www.forrestleo.com