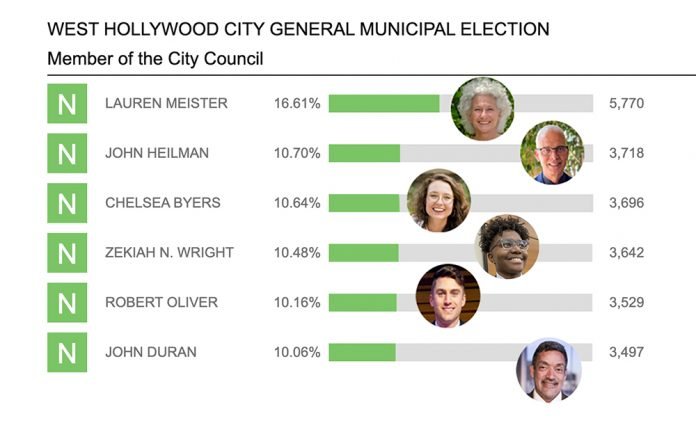 Candidates for the West Hollywood city council elections continue to be elbow-to-elbow as returning candidate John Duran drops to the sixth position, most likely losing his bid for one of three seats in the midterm general municipal elections. Election update results as of Friday, November 18, 2022, 3:46:52, show West Hollywood Mayor Lauren Meister continue to best 11 candidates with 5.770 votes. Returning candidate John Heilman is still at number two with 3,718 votes, but Chelsea Byers is only 22 votes away from the second spot with 3,696. Zekiah Wright has pushed Robert Olver to number 5 with 3,642 votes to Oliver’s 3,529. Duran currently has 3,497 votes.

The full election update is below for West Hollywood: 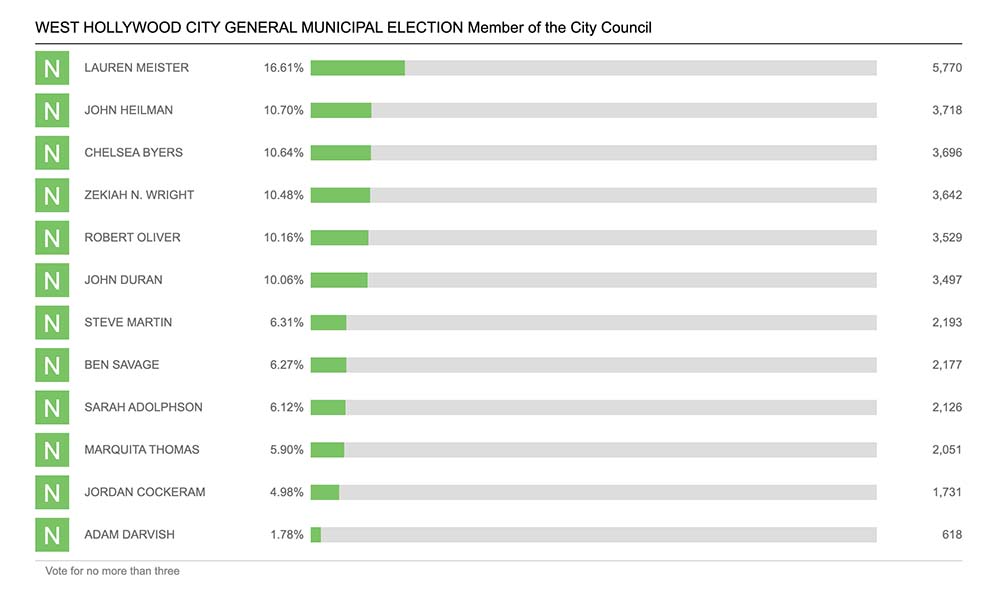 Ugh, did we not learn anything from the last election?