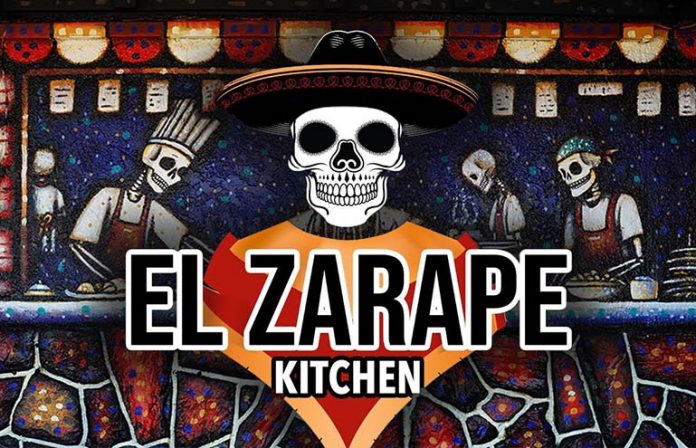 El Zarape Kitchen Mexican Restaurant is coming to the City of West Hollywood. According to the California Alcohol Beverage Control (ABC), the restaurant specializing in authentic Mexican dishes was issued a “41- On-Sale Beer and Wine – Eating Place” liquor license, which became active on September 30, 2021. El Zarape (meaning a shawl or blanket worn as a cloak in Latin America) will be moving into 8351 Santa Monica Boulevard, on the corner of Santa Monica Boulevard and N. Flores Street.

El Zarape will reside in the small shopping center next to Hollyway Cleaners, located a block away from WeHo City Hall. It is taking over the former space of Bambou Le Pho, a Vietnamese restaurant that closed permanently during the pandemic. The 8,320 square feet, one-story building dates back to 1966.

The move to the corner of Santa Monica and Flores is interesting considering Marix Tex Mex is located across the street at 1108 N. Flores Street (they will practically be neighbors). Marix Tex Mex remains closed long after it was given the green light to re-open by the Los Angeles County Department of Public Health. The popular Mexican restaurant, home to the Kickass Margherita, originally closed for safety reasons due to the pandemic, but according to their website, it remains closed “due to a separate, unexpected turn of events.”

“Despite the fact that Marix was geared up to reopen in advance of Cinco de Mayo 2020, and safely invite guests to our well renowned outdoor patio and featured retracting roof top, our plans met a hard stop,” reads a statement last year. “Unfortunately, in late April, the Marix kitchen was seriously damaged and knocked out of commission. This has delayed our efforts to welcome back our loyal customers and community to its local favorite Cafe.”

Marix’s sister, Basix Cafe located next door is also closed for the most part. Its coffee shop is open with limited hours and services, but the main kitchen remains closed at this time.

The El Zarape chains are family owned and run by siblings. Its original location, Taqueria El Zarape, is located at 5203 Fountain Ave.. It opened in 2014 and is run by Onesimo Mendez.

There are two other restaurants in Southern California. There is an El Zarape Melrose and El Zarape Beverly, both run by two Mendez brothers, as well as an El Zarape Vine run by a sister. The Vine Street location is a small neighborhood bar serving mezcal and tequila. There was a Lancaster location, which was forced to close down due to the pandemic.

Onesimo says the WeHo location is opening soon, but has not given a tentative date. WeHo Times has been invited to their opening celebration, so we will keep you informed.

Can’t wait! Loved the one on Fountain!!!

Loved the one on Fountain when I lived on the eastside and went to school over there. Many late night after class burritos. Looking forward to a solid choice for Mexican food in WeHo.

too much of the same thing is never a good thing.