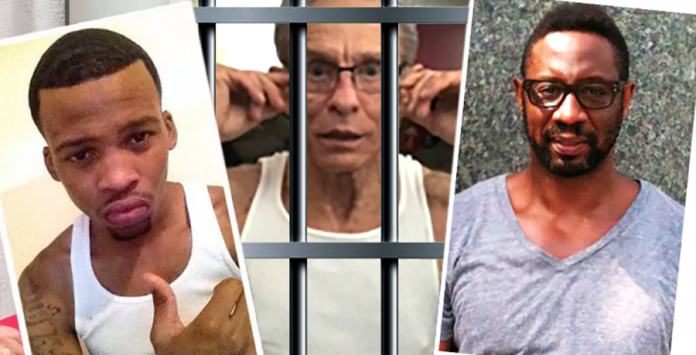 After a six-hour deliberation on July 27, 2021, a jury found Ed Buck, 67, guilty of all nine felony counts against him, including two for distribution of controlled substances resulting in the deaths of Gemmel Moore, 26, who died on July 27, 2017, and Timothy Dean, 55, who died on January 7, 2019.

Federal prosecutors said he lured young Black men who were often experiencing homelessness, addiction, and/or poverty to his apartment for sexually charged sessions in which he would inject them with methamphetamine and drug them with sedatives, with and without their consent.

Buck was additionally convicted in enticing Moore and another man to travel to Los Angeles to engage in prostitution; knowingly and intentionally distributing methamphetamine and using his West Hollywood apartment to distributing narcotics such as methamphetamine, and the sedatives gamma hydroxybutyric acid (GHB) and clonazepam.

Buck pleaded not guilty to all the charges, but he did not take the stand in his defense.

The many facts that came out during the trial include:

Buck’s attorneys, Christopher Darden and Ludlow Creary II tried to discredit the evidence by presenting Latisha Nixon, Gemmel Moore’s mother, as a bad mother who did not care for her son because he was gay and suggested that she was after Buck’s money via an ongoing wrongful death lawsuit.

Creary told the jury that Ed Buck’s alleged victims who testified went to his apartment voluntarily to do drugs and engage in Party and Play (widely known as PNP).

The Los Angeles Time reports that in the lead-up to Thursday’s sentencing at the federal courthouse in downtown Los Angeles, Buck’s lawyers had asked that the 67-year-old receive a sentence that would one day allow him to return to society. However, prosecutors urged U.S. District Judge Christina A. Snyder to send Buck to prison for the rest of his life to protect the public.

Buck did offer condolences to the families of his victims, but denied he had caused their deaths. He described how he had spent much of his life advocating for political causes and gay and animal rights. “Take a look at my life in total,” he said to Snyder. “And not the horrible caricature the government painted me as — a meth-fueled ax killer.”

Before sentencing Buck to 30 years, Snyder said this case was one of the most difficult and tragic she had ever presided over.

“Thank you to everyone for the phone calls, kind words, sweet inboxes, texts, and money you sent me ahead of sentencing,” Posted Gemmel Moore’s mother, Latisha Nixon, on her Facebook page. “I could not have gotten this far without the support of you all! This has been a hard journey wouldn’t wish it on anyone. But Im grateful for you all!”