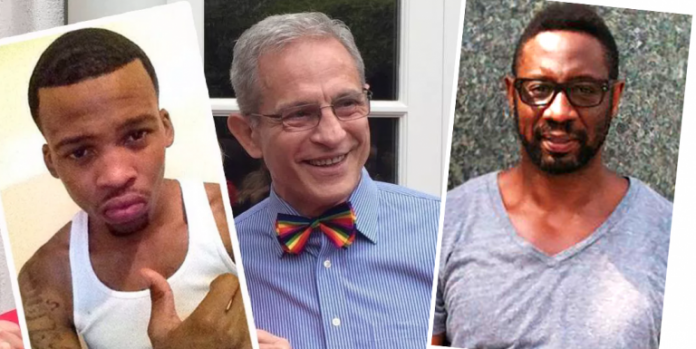 Former West Hollywood resident Ed Buck, who was indicted last year in connection with the death by overdose of 26-year-old Gemmel Moore at his WeHo apartment on Laurel Avenue, was slapped with four additional federal charges alleging distributing of drugs for nearly a decade and enticing two people to cross state lines to California to engage in prostitution.

Shortly after the anniversary of Moore’s death three years ago, on July 27, 2017, a federal grand jury on Tuesday, August 4th, returned a superseding indictment expanding on allegations that Buck provided the drugs that led to Moore’s death.

Since the death of Gemmel Moore, there have been multiple allegations accusing Ed Buck of having a history of luring young, black gay men to his apartment, where he’d inject them with methamphetamine for sexual gratification.

Buck, 65, was arrested on September 17, 2019, and charged with three counts of battery causing serious injury, administering methamphetamine and maintaining a drug house, according to the Los Angeles County district attorney’s office. He is accused of having injected a 37-year-old man, who overdosed but survived, with methamphetamine on September 11. The new indictment also accuses him of enticing Moore to travel across state lines to Los Angeles to engage in prostitution on July 17, 2017.

“The additional indictments against Ed Buck just further prove that the men who came forward and told their stories of the white man in West Hollywood who loved to inject Black men with meth were true,” reads a statement on Justice4GemmelMoore.com. “We’re happy that the Department of Justice is taking this case seriously, but we are still disappointed in L.A. County District Attorney Jackie Lacey’s failure to take action against Ed Buck. Jackie Lacey’s failure to take the accounts of Black gay men seriously is the reason that Timothy Dean is dead.”

The home page of justice4gemmelmoore.com has a countdown to Ed Buck’s trial date, which is scheduled to begin on January 19, 2021.