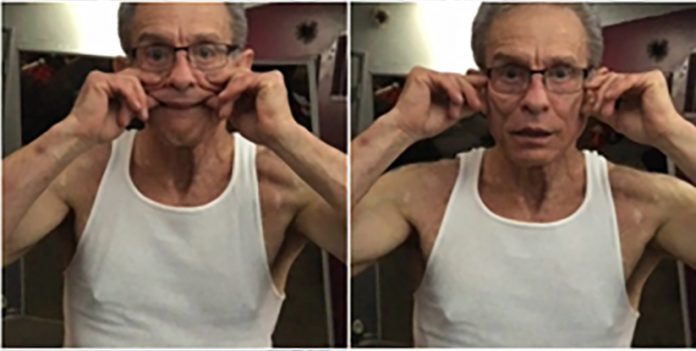 Ed Buck has finally been arrested. It took a third overdose at his West Hollywood apartment for officials to finally slap him with overdue charges. LA TIMES reports that the former Democratic donor and LGBTQ political activist was taken into custody and charged with operating a drug house and providing methamphetamine to a 37-year-old man who overdosed last week on September 11.

According to officials, Buck was charged with three counts of battery causing serious injury, administering methamphetamine and maintaining a drug house, according to the Los Angeles County district attorney’s office. Buck is accused of injecting the victim with methamphetamine. He survived.

On January 7, 2018, at 1:05pm deputies from the Los Angeles County Sheriff’s Department’s West Hollywood station were called to the scene at the Laurel Avenue apartment complex where Buck resides. They were responding to a report that a person was not breathing. The body of Timothy Dean was carried out of Buck’s apartment that morning. Dean was the second man to die of a drug overdose at Buck’s address.

The first death was that of 26-year-old Gemmel Moore. WEHO TIMES was the first to report about Moore’s death and gave his mother LaTisha Nixon, a voice asking for justice for her son. In the article published on August 7, 2016 Nixon called for an investigation and she accused Ed Buck as the man responsible for her son’s death. At the time, Los Angeles County Coroner reported the death of Moore, as a result of an accidental meth overdose at 7:22 p.m. on July 27. Nixon said that a detective from the West Hollywood Station of the Los Angeles County Sheriff’s Department called her following her son’s death and said no drugs or paraphernalia were found at Buck’s home.

The ruling that Moore’s death was accidental has sparked outrage in the black community, where many believe that, if roles had been switched, and Buck had been found dead in Moore’s apartment, Moore would have been arrested.

LA TIMES reports that prosecutors are asking that his bail be set at $4 million. If convicted, Buck faces up to five years and eight months in state prison.

The charges filed today do not hold Ed Buck accountable for the deaths of Gemmel Moore and Timothy Dean. At least not yet.

Stonewall Democratic Club Statement on the Arrest of Ed Buck Contact: Ryan Basham, VP of Communications, Stonewall Democratic Club (323) 919-2799 ryan.basham@stonewalldems.org Once again we are horrified by the news of an overdose at Ed Buck’s apartment, who was apparently undeterred by the tragic deaths of Gemmel Moore and Timothy Dean. As alleged by the Los Angeles County District Attorney, Buck lures vulnerable men to his home “baiting them with drugs, money, and shelter” and then – for the purpose of sexual gratification – “personally administers dangerously large doses of narcotics.” This type of predatory conduct is shocking, yet sadly… Read more »

I am just so happy that this chapter of the weho drug scene may be coming to an end.