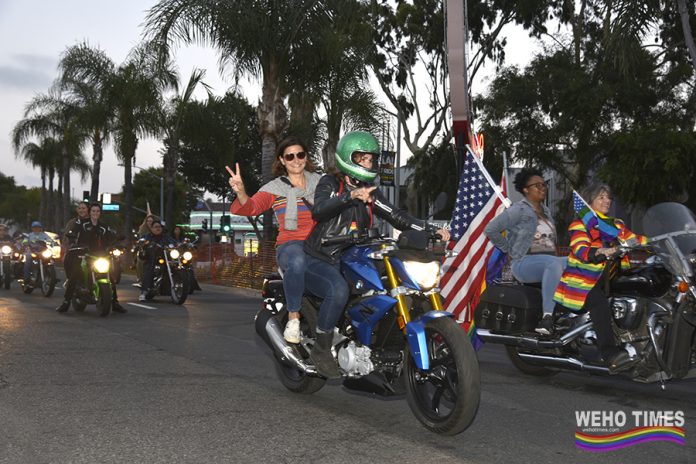 Lesbians, queer women, and the allies that love them, united at Sal Guarriello Veteran’s Memorial circle for a programing of speeches, poetry, and art at the annual Dyke March 2019, which officially kicks off LA Pride weekend in the City of West Hollywood.

The programming included a music set by Claudette Sexy DJ, and a protest sign making workshop led by artist Julianna Parr, as well as Custom Typewriter poetry from Pride Poets.

Guest speakers included members of the West Hollywood City Council, rally host Jackie Steel, Alexis Sanchez of the Transgender Advisory Board and Rev., Karen Frost, to name a few. There was a musical performance by Mortasay. Rodnisha gave a spoken work performance, and the Lesbian & Gay Advisory Board presented the  the Melissa Etheridge Award to Marna Deitch, the founder of Motorcycle Contingent for Equality. 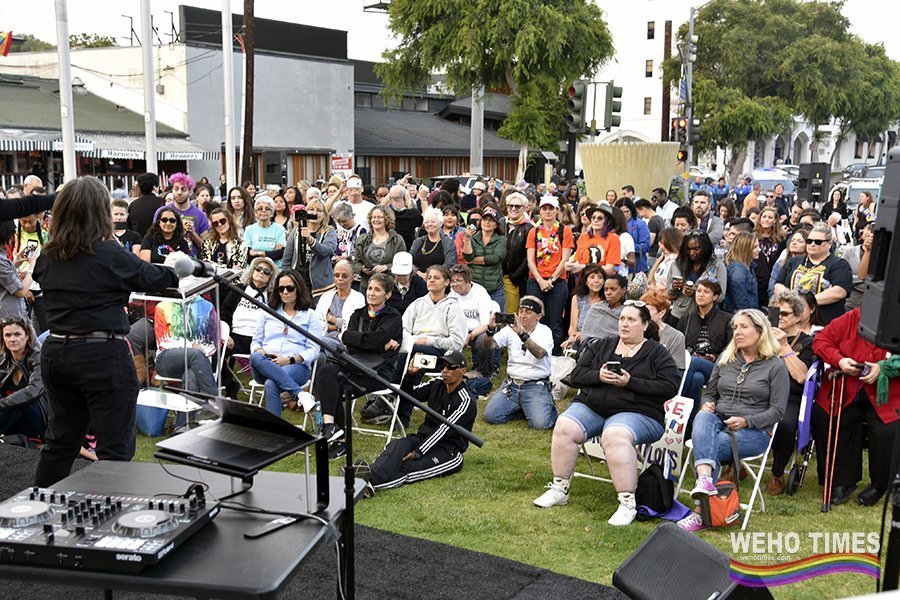 “The Dyke March is thrilling,” West Hollywood Mayor John D’Amico told WEHO TIMES. “It gets better and better every year. This year is jam-packed. I’ve attended more than a dozen of these events. I have some t-shirts from 2001 and 2002, when it used to happen at the bus depot.”

“The event is great,” added council member Lauren Meister. “We have great music, great speeches and an engaged crowd. What more could want? I remember when the march used to start at San Vicente, move east and then go back.” 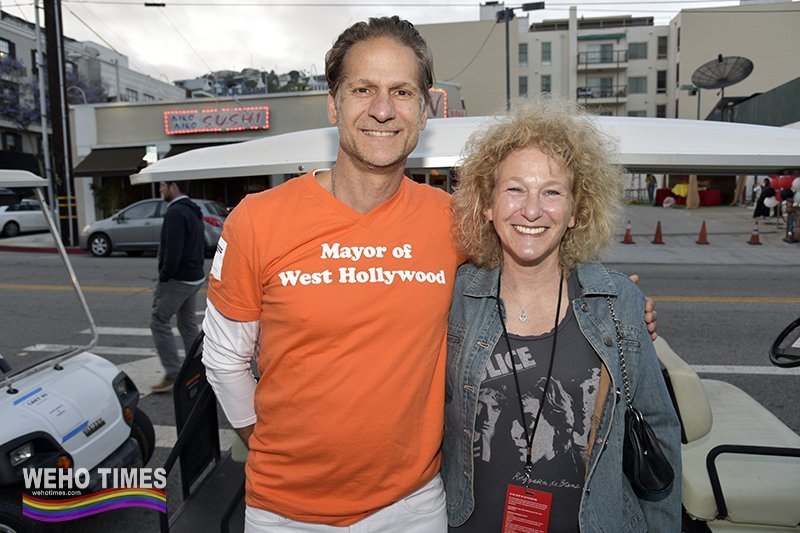 Sepi Shyne, Board Member of Lesbian and Gay Advisory Board presented Marna Deitch with the Melissa Etheridge Award.

Marna took the stage and gave a powerful speech despite her current battle with laryngitis. She spoke about the importance of showing up consistently. “All of us, all of you are activists by just being here in the audience, you are showing your activism.” She said. “All of the organizers in this community can do whatever they want and it would mean absolutely nothing if you don’t just show up.” 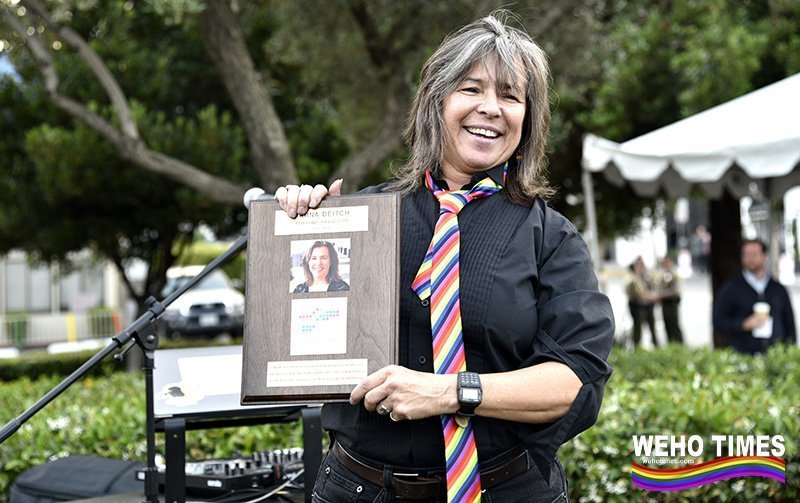 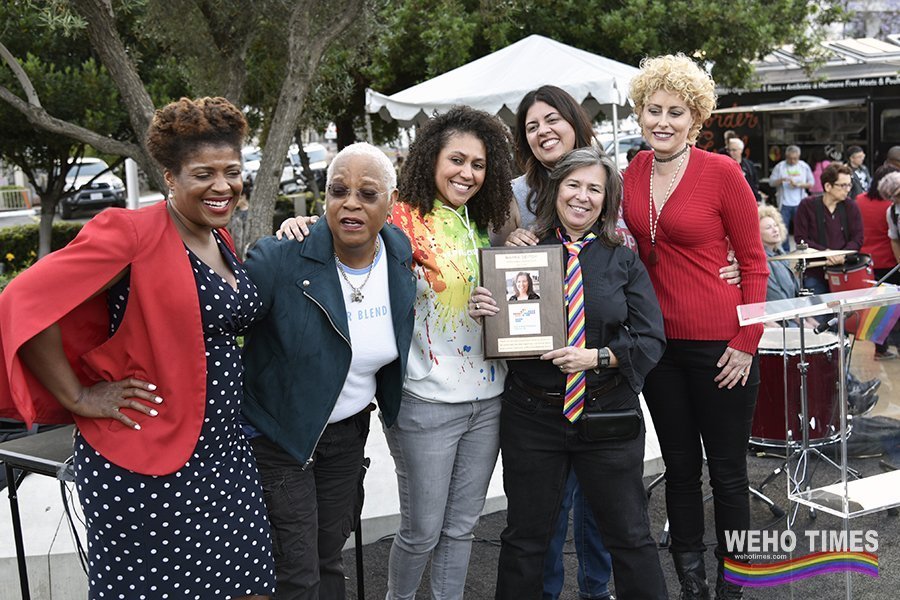 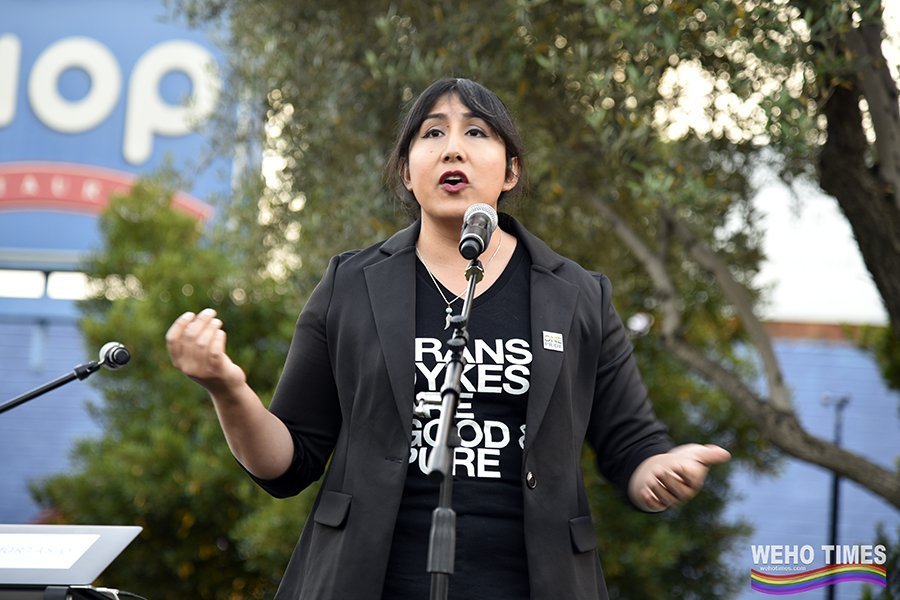 Too bad the most important person you are writing about, getting this award, MARNA DEITCH… . and you spelled her name wrong!
PROOFREAD!!!!! It is your job.

Thank you for alerting us of the typo. It has been corrected.