Thousands of LGBTQ+ folks from all corners of the Greater Los Angeles area hit up Pershing Square in Downtown Los Angeles for the DTLA Proud Festival and Summer Tramp pool party this past weekend. The festival offered art, music, community booths, floaties, bearded drag queens, half naked WeHo boys, Silverlake hipsters and just about every type of living being under the LTBTQ+ umbrella and the allies who love and support them. 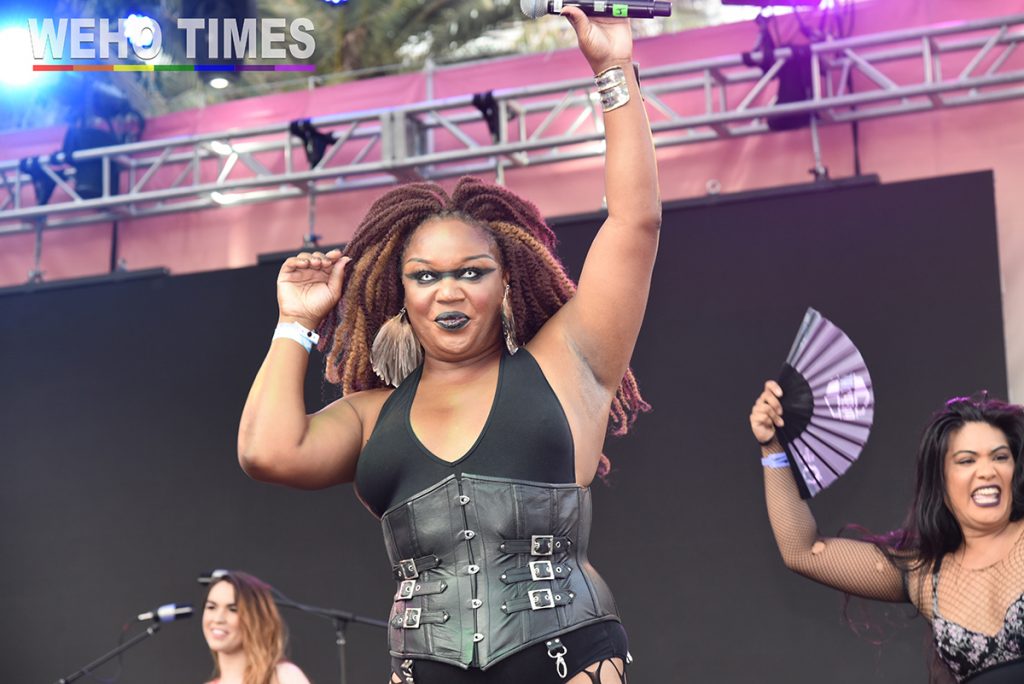 The festival grew three times in its third year with a third day added to the 2018 roster. The event faced permit challenges this year, forcing organizers to make Saturday and Sunday 21+ only. In an effort to be an all-inclusive family oriented affair, the festival organizers added a free event on Friday for all ages. The event was also alcohol free.

The weekend was packed with LGBTQ+ culture, history, and diversity. Community booths offered goody bags. There were vendor booths, art installations, drink stations, food trucks, and a diverse mix of people. In between you had LGBTs playing mini racket ball, Jinga and of course, lots and lots of sweaty dancing—but most importantly, there were no long lines with 2-hour wait times and there was plenty of room to run around inside the festival. 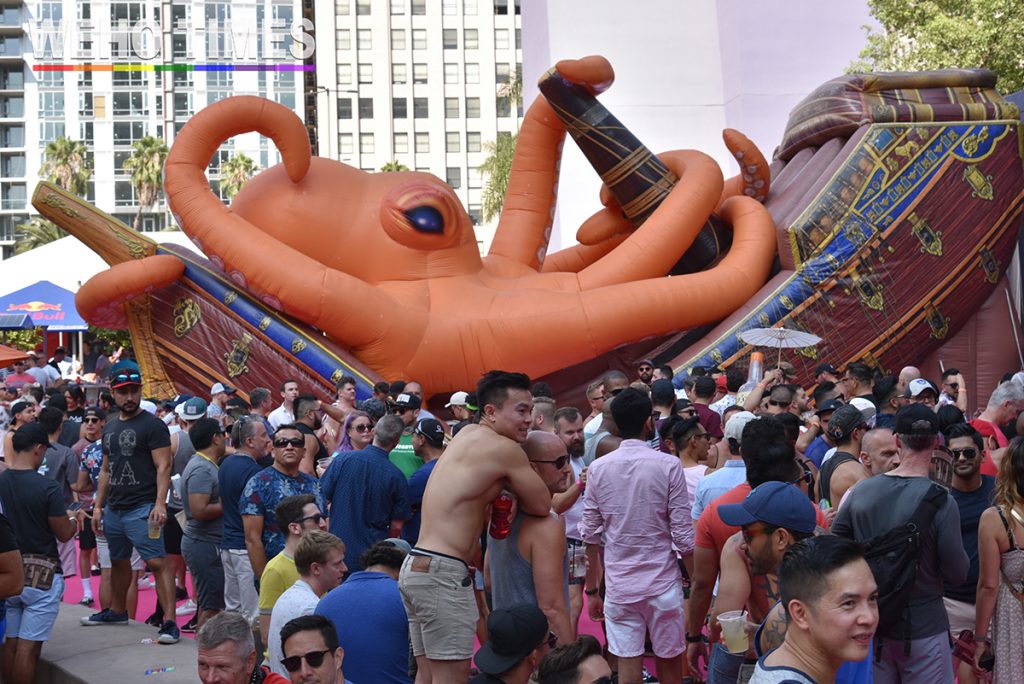 Summer Tramp was back at DTLA Proud, where things were kept wet and wild. Club promoter, actor and dancing extraordinaire Mario Diaz, returned as host by the DJ booth. The ground was hot pink, the pool floaties were bigger and scattered everywhere, which were perfect for lounging and taking selfies. And of course, Summer Tramp would not be its trampy self without the water slides, and pool areas. Then there was the dancing

DJs and live performers took turns on main stage opposite Summer Tramp. It was a long list of musical acts, poetry readings, and comedy routines. Miss Barbie Q addressed the crowd about her recent coming out as a trans woman and she thanked the everyone for the support she’s been getting on social media during her appearance on Sunday. DK3 (@danitykane) were reunited on stage for the first time in four years. Las chicas from Chico’s Angels kept everyone laughing with their south of the border shtick.

DTLA Proud is a 501(c)(3) non-profit organization with a mission to strengthen and empower the local LGBTQ+ & ally community in Downtown Los Angeles through visibility, volunteerism, partnerships and events. They are committed to celebrating everyone’s story, spreading optimism, growing community and expanding the definition of diversity. Founded by a grassroots group of local residents, business owners, community leaders and nightlife promoters, the festival was born from the idea that together we could create an all-inclusive festival that represents the diverse LGBTQ+ population that lives, works and plays in the thriving heart of the city of Los Angeles.