Dr. Judy Rosenberg on Why People Are So Drawn to Jeffrey Dahmer Series on Netflix 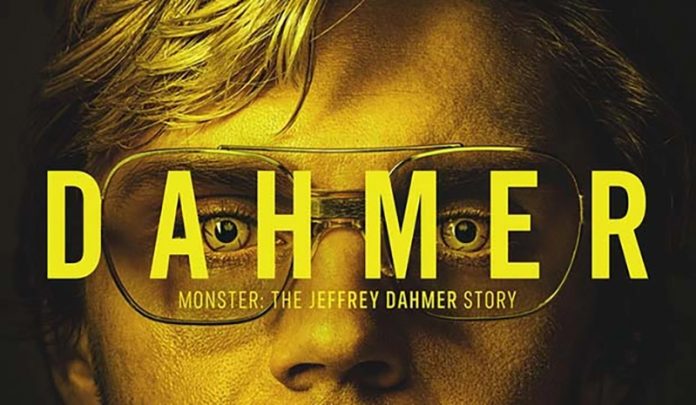 Dr. Judy Rosenberg, the CEO of Psychological Healing Center, breaks down why people are so drawn to true crime stories like the Monster: The Jeffrey Dahmer Story on Netfix.

More than understanding “who done it,” people are FASCINATED with the “WHY?” The human psyche is complicated, to say the least, however if you take the full picture of Jeffrey Dahmer’s childhood and his childhood wounds into consideration, the entire unfolding of his “psycho” pathology becomes clear.

If you look at Dahmer’s psychological history, he came from a highly dysfunctional family — alcoholic, emotionally absent, suicidal mother, high conflict, acting out, a father who threatened to constantly abandon his wife and son, and who was bizarrely bonded to his son through dissecting road kill.

The entire highly dysfunctional family blueprint of emotional neglect, left Dahmer with no one to turn to, what I refer to as the Double Dungeon of Darkness: couldn’t turn to mom, emotionally absent, couldn’t turn to dad, always abandoning him to his suicidal mother, and couldn’t turn to himself–undeveloped and incapable of processing these EXTREME feelings of disconnection.  So Dahmer learned to defend himself from these traumas of disconnect/apathy by becoming disconnected and apathetic, with a macabre twist toward objectifying humans for a best attempt at capturing power and control, AND interjecting (taking his victims in, and holding them close) in the form of skulls, mutilated body parts–hearts, genitals, etc.. Apathy–human disconnect in extreme form, killed his humanity.

The bond he formed with his father when dissecting roadkill took this psychopathological twist  to a new level–as a best psychological attempt to continue this connection with his father, who he tried to gain the love of, he transferred this to carving up humans.

When Dahmer connected to the evil spirit in Exorcist 3, he was able to use this negative force to disconnect him from his humanity and dissociate. The rocking back and forth, and the switch, as Tracey, his last victim describes, is Dahmer’s moving into a dissociated realm, and crossing over to what we can see are the darkest forces known to mankind–apathy, objectification of human life, and the ability to repeat this behavior over and over again cold blooded, without any connection to the impact his actions have on others.

True crime fills our desire to truly understand our own human psyche. Although most people don’t go down this satanic path, we all possess within both the darkness and the light and we all suffer from disconnection from others and ourselves. Think of all the ways we disconnect, drugs, sex, cell phones, the list goes on.

Our challenge as a human race is to dismantle and heal the effects of apathy on the human psyche. We have to take on the challenge of self healing in order to stop blueprinting and grooming the next generation for breakdown.

Dr. Judy Rosenberg is a clinical psychologist in private practice. She has been in private practice for over 27 years, and is the director of the Psychological Healing Center and has been a media psychologist for many TV and radio shows.Her website psychologicalhealingcenter.com is where you can access her Be The Cause Mind Map, blogs, her Youtube Channel titled Dr. Judy WTF (What The Freud! UBNGO Radio Thursday 8 PM PST). She is also the author of Be The Cause Healing Human Disconnect available at Amazon.com.