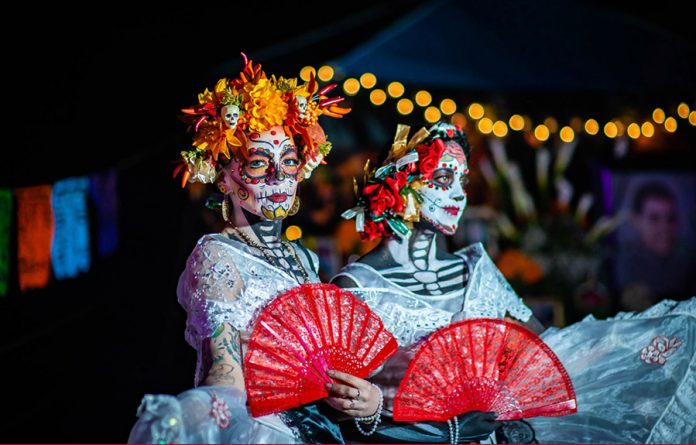 The West Hollywood Halloween Carnaval has been cancelled this year as a citywide precautionary measure against the spread of COVID-19, but the Day of the Dead festival is still coming to Hollywood Forever Cemetery. The 22nd Annual Día y Noche de los Muertos festival at Hollywood Forever returns on Saturday October 30th 2021 featuring separate daytime and evening events at 9am to 3pm during the day, and 5pm to 12am during the evening. 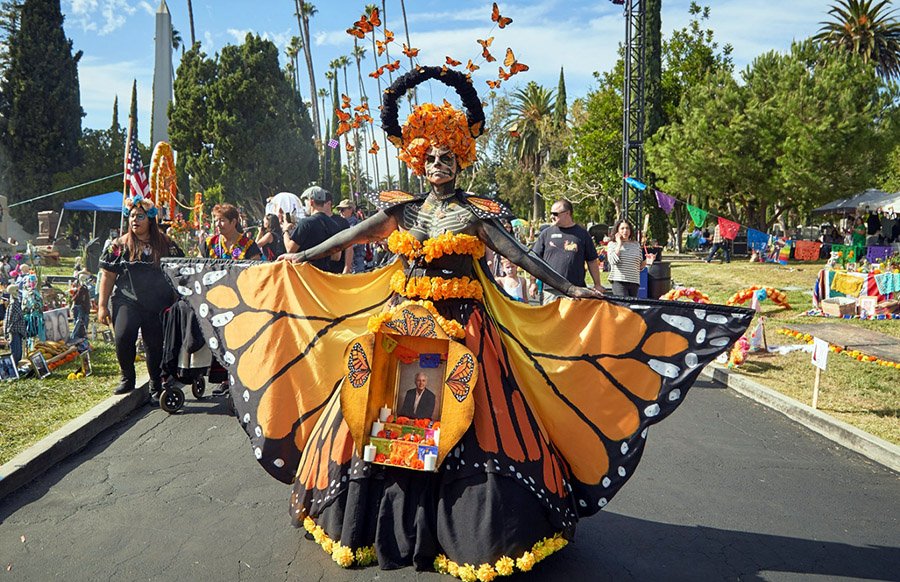 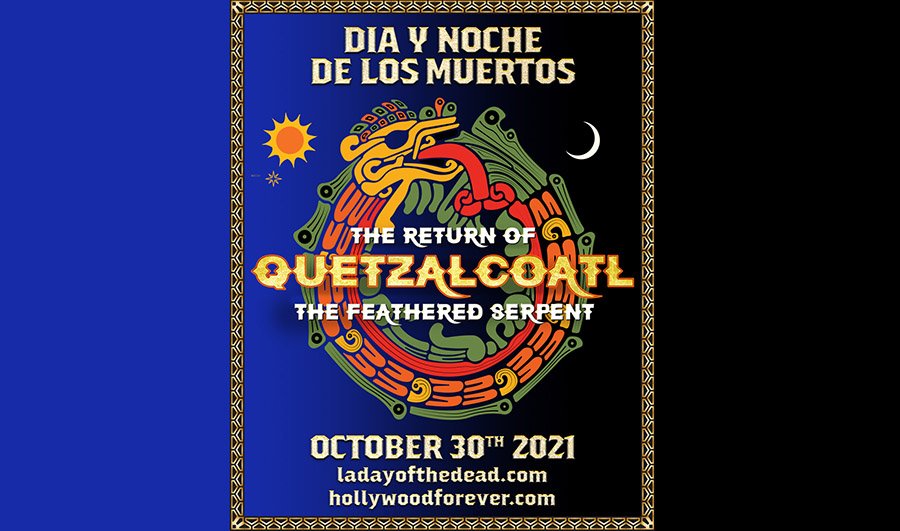 The theme for 2021 centers around the Quetzal bird, the phoenix of the Americas, rising from the ashes, reborn. Adorned in the feathers of the Quetzal Hollywood Forever will welcome the Return of Quetzalcoatl, the plumed serpent, ancient God of the Mayans and Aztecs, Priest King, Lord of the Winds and the Harvest Maize – that seed of civilizations – and the One God who descends into the underworld and resurrects humankind with his own blood.

With his wise old face wreathed in brilliant feathers he tells us, “I am Quetzalcoatl, the Morning Star. Every morning, I lead the Sun back out of Mictlán to be reborn with the dawn. I know the way out of the Land of Death and will guide us back.”

Friar Diego de Duran believed Quetzalcoatl was the traveling Apostle St. Thomas after the crucifixion. The Church of Jesus Christ of the Latter-Day Saints claimed that he was their Savior in the Americas. The finely feathered serpent is a Universal Divine symbol for all those who crave resurrection.

Noche de Los Muertos will be an evening with lots to see at night offering various stage performances and lots of photo-ops.