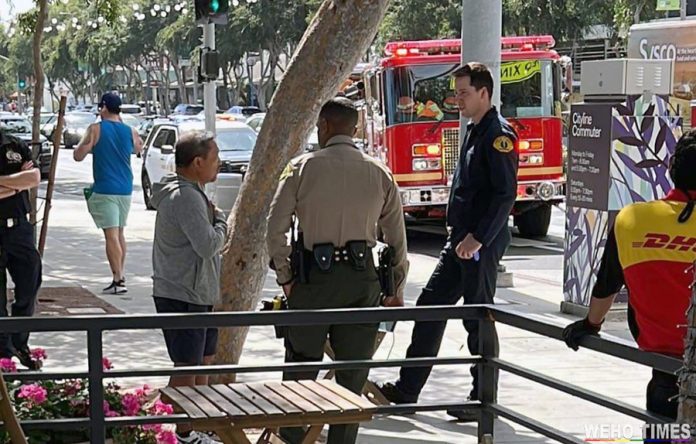 A man riding a scooter in West Hollywood is lucky to not have suffered any serious injuries after he was hit by a DHL delivery Van on Santa Monica Boulevard at the Hancock Drive crosswalk, yesterday, Monday, April 18, 2022. The incident occurred at roughly 2:30 p.m.

A witness reports that the DHL delivery van was making a U turn in front of 8730 Santa Monica Boulevard, when crashed into a the man in his scooter who was riding eastbound. The scooter was on the bike lane.

“The guy was sent crashing into a tree but luckily they both weren’t going very fast,” said Fernando Rojo who saw the accident unfold from across the street. “You could see where there is a dent on the DHL van, but I can’t tell if the man made the dent or if it was the scooter. The scooter didn’t get any damage and from the looks of it, neither did the rider.” 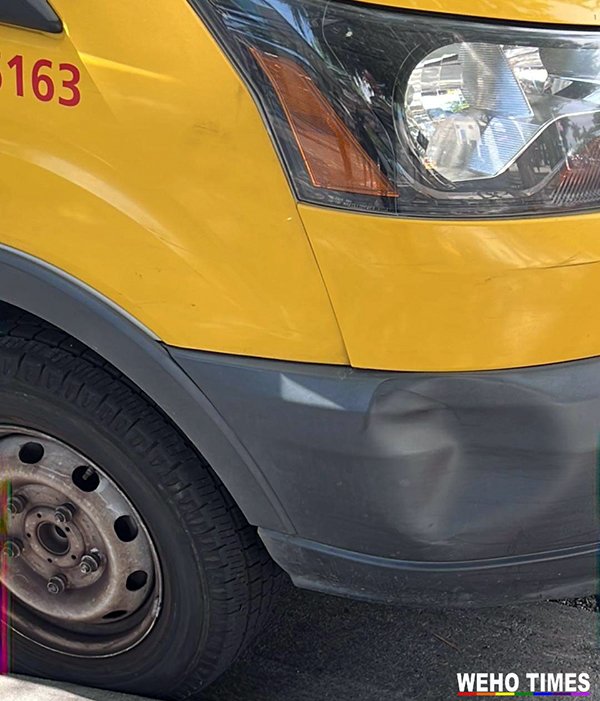 Los Angeles County Fire Trucks, paramedics and West Hollywood sheriffs were on the scene assessing if the man was OK. A chair was pulled up for the man, but he preferred to stand while he spoke to first responders.

Eventually the man hopped back and his scooter and was on his way, while the DHL van remained parked on Santa Monica Boulevard.

Like cyclists, riders are required to abide by all local traffic laws. Stick to bike lanes and bike paths where possible, and check the local regulations in before starting your ride. You’re encouraged to check out Bird’s in-depth safety page for more information.

I would like to know why the author felt the need to post safety tips for scooter operators when everything in the article points to the person at fault being the DHL driver.

Why not remind auto drivers that eastbound traffic has the right of way when making a U-turn at this location? (yes, even if that eastbound vehicle is a scooter or bicycle)

If operating a scooter or bicycle in a bike lane isn’t safe, then where is? Drivers and delivery trucks need to stay the hell out the bicycle lanes.