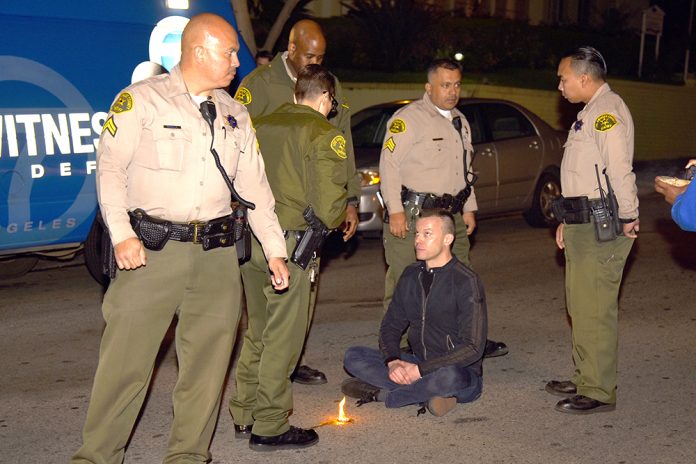 Dennis Gleason, the Policy Director to Los Angeles Councilman Joe Joe Buscaino revealed in a Facebook post that District Attorney Jackie Lacey is charging him with Penal Code 148: resisting, delaying or obstructing a peace officer, a misdemeanor which carries a penalty of up to 6 months in jail and a $1000 fine. Resisting Arrest under California Penal Code Section 148(a) PC is a broadly defined criminal offense that makes it illegal to intentionally resist, delay or obstruct a law enforcement officer or emergency medical technician from performing his or her lawful duties.

“I had a court date last week stemming from my arrest on January 11th, when I sat in the middle of Laurel Avenue in West Hollywood, at the conclusion of a candlelight vigil for Gemmel Moore and Timothy Dean – two black men who died of drug overdoses in the home of wealthy Democratic donor Ed Buck,” reads his most recent FB post. “Buck has a pattern and practice of luring black men to his apartment with the prospect of easy money without any sex involved, drugs them upon arrival with an incapacitating substance such as GHB, and then injects them with methamphetamine, sometimes directly into the carotid artery. He should be arrested and charged with – at a minimum- involuntary manslaughter, the same charge Dr. Conrad Murray faced for the death of Michael Jackson. Yet, Buck remains a free man, and thus far, the only person being charged with committing a crime at 1234 N. Laurel Avenue… is me.” 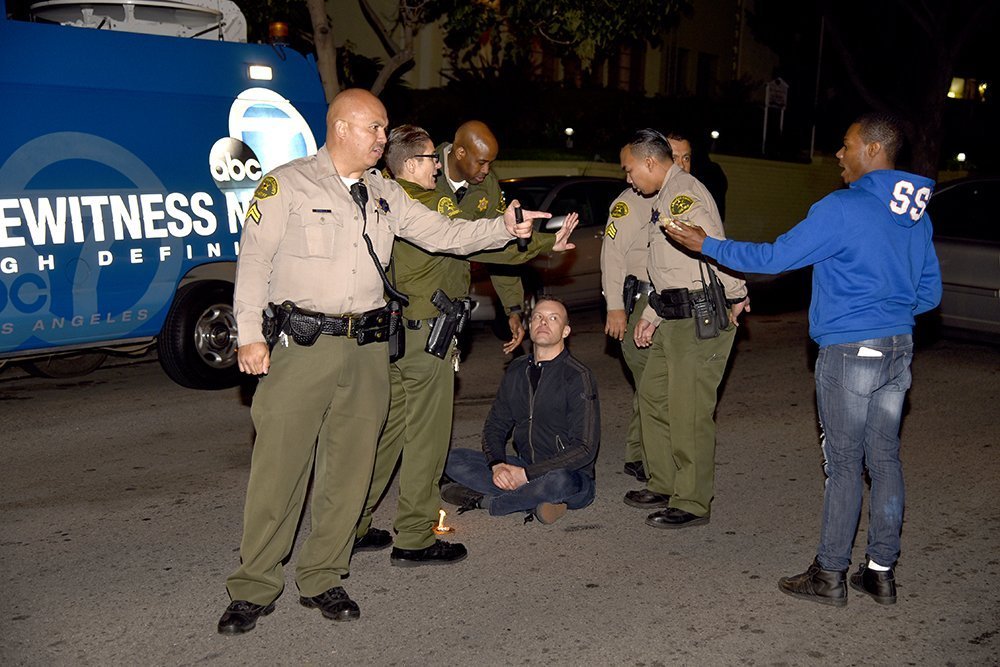 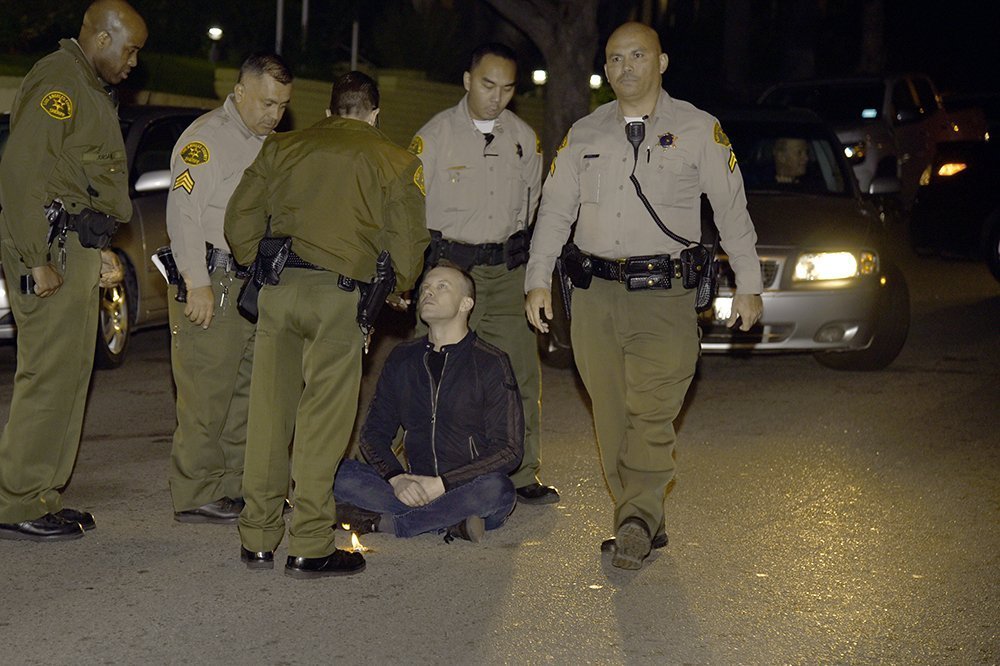 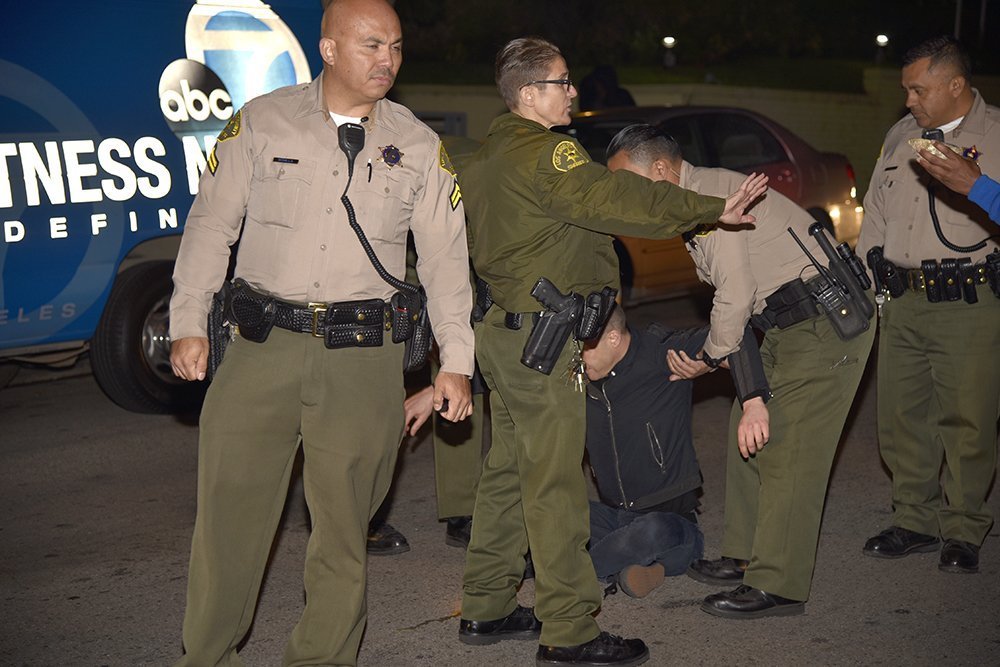 It is unclear what Dennis Gleason hoped to achieve when he sat in the middle of Laurel Avenue and placed a burning candle on the floor in front of him. He blocked several vehicles that were passing through. Five police officers circled him and told him to move. He refused and defiantly told the officers that he was protesting in peace. After several tries to get him to unblock the flow of traffic, he was placed under arrest. Two police officers had to lift him off the ground. He was not handcuffed when he was escorted into a police vehicle. His arrest further enraged the protesters outside of Ed Buck’s apartment, who were already upset over the then recent death of Timothy Dean, the second man to die in Buck’s apartment and the second time an arrest was not made.

“I accept full responsibility for my act of civil disobedience and I am prepared to face the consequences of my actions,” he added in his Facebook post. “I have great respect for those that work in law enforcement, and I want to thank the West Hollywood sheriff’s deputies for showing me the utmost respect, courtesy, and professionalism during my arrest and incarceration. However, I really question the judgment of DA Lacey, if this is how she thinks the limited taxpayer-funded resources of her office should be expended. I can assure you all – I do not pose an imminent and ongoing threat to public safety, and there is no danger of me randomly sitting in the middle of WeHo streets again. I plan on mounting an aggressive defense.” 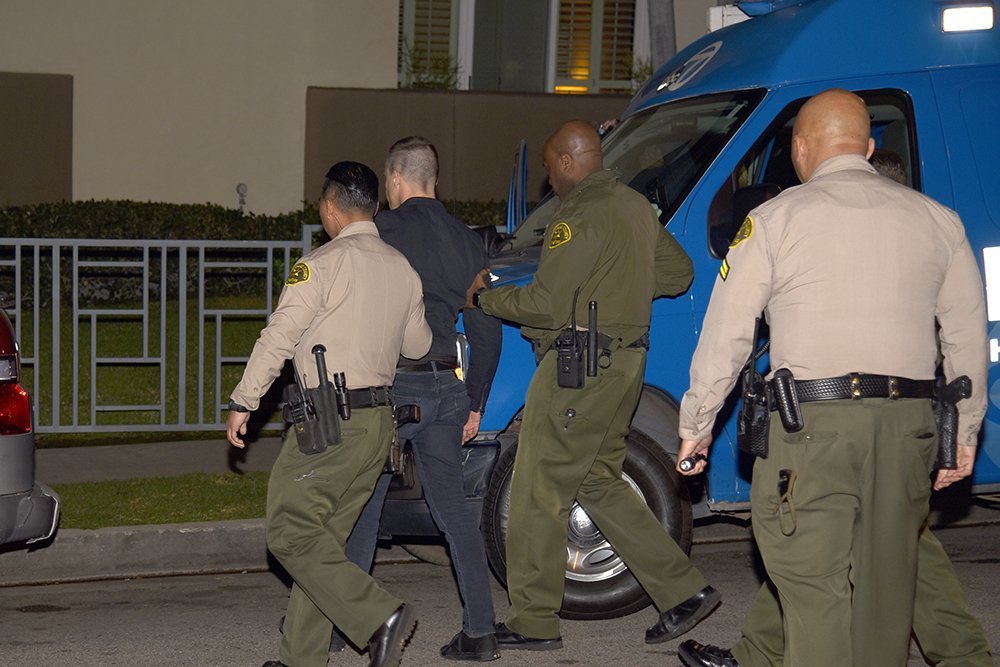 Dennis Gleason serves as adviser to Councilman Joe Buscaino, on all motions, resolutions, reports, and ordinances that come before the full City Council and the policy committees in which Councilman Buscaino is a member. He oversees Trade, Travel & Tourism, Public Works, Public Safety, Economic Development, and Ad Hoc on 2028 Summer Olympics.

i saw this whole non-evemt. i watched him sit in the road.
the sheriffs were already standing in the middle of the road before him.
he sat down for 15 seconds, lighting a candle.
they asked him to get up, he refused. sheriffs got dramatic.
no cars were harmed, as none were driving down the street.
it became silly that sheriffs carried this so far, for so little action.

This guy was simply exorcising his right to his white privelege at a black protest over the death of a black man. Black folx don’t have the luxury of getting themselves arrested for fun to get a little attention. A lot of black folx don’t have the means to build a strong defense. If he had been black he would had been tackled in a head lock and dragged away in hand cuffs. If he had been black he wouldve been fired from his cushy West Hollywood city job. this guy would not have done this publicity stunt if he… Read more »

Civil disobedience is an ugly thing … and I think it is about time we had some!

@Jimmy Palmieri – Exactly. I’m sure if there was EVIDENCE that Mr. Buck injected these men he would be charged. Just because someone feels that a crime has been committed doesn’t mean that in truth there was an actual crime. For all we know these men all got together and starting injecting themselves…two of which overdosed. Even if Mr. Buck is guilty as sin..that doesn’t mean you have the right to hold up traffic. If someone had an emergency and died en route to the hospital because you were blocking traffic…well then you should be locked up. No sympathy. Hope… Read more »

Wow. Try as I may I cannot figure out where I know this dudes face from. I think he spoke at council at some point but I am not sure about what. I’m no fan of Mr. Buck, but I wouldn’t say things that aren’t proven. We can all imagine or assume, but for me, I will let the investigation continue.