Those present at the event witnessed a top tier Presidential candidate get introduced by his husband Chasten Glezman, who was there to get the crowd warmed up. “Twelve years ago, when I came out, I didn’t think there was a spot in this world for me,” Glezman said at the event. “Five years ago, I’d never thought I’d find love. Yesterday, I was at the airport–I forget what airport it was, and I saw my husband and me on the cover of TIME magazine with the words, ‘First Family.’ That’s pretty remarkable. That’s never going to go away. That’s out there. That’s in print. That’s for every kid to see, that you too can run for President.” 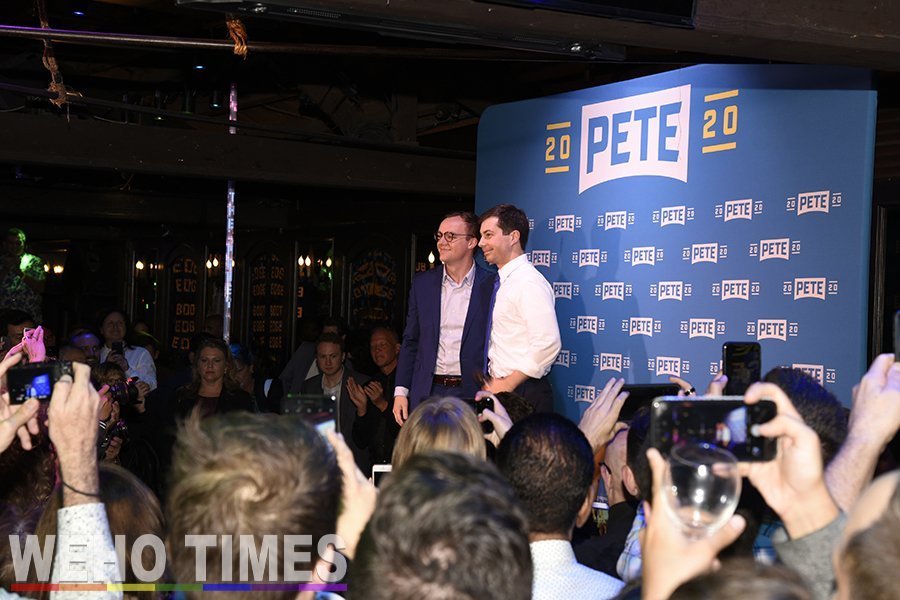 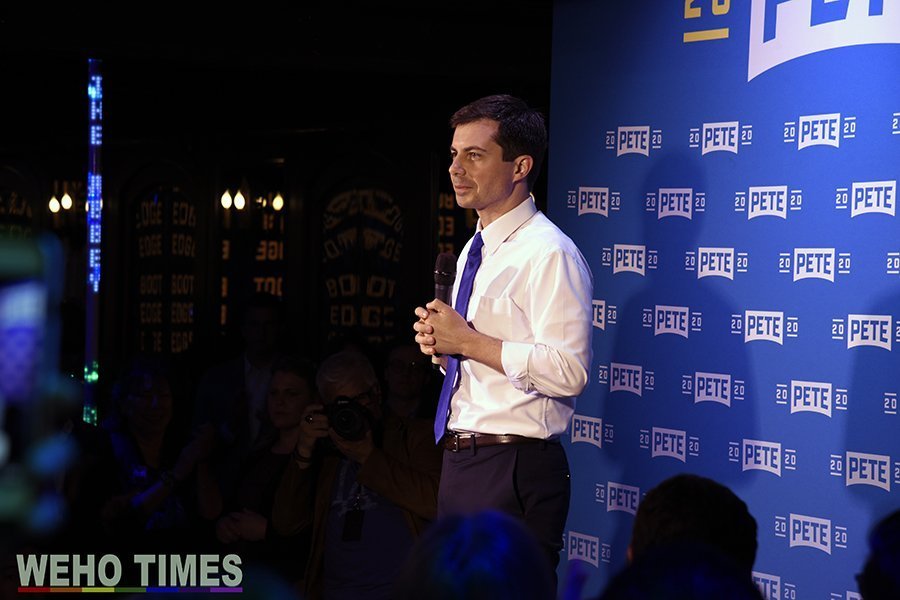 Other speakers included David Cooley, Ira Madison and California Senator Henry Stern, who came out as a Pete Buttigieg supporter that night.

Buttigieg took the stage to a thunder of cheers and applause from the crowd. He spoke about cyber security, election security, voter suppression and the rising tide of white nationalism. “If we want freedom, if we want security, then we had better tend to our democracy,” he said. “We call ourselves Democrats for a reason. We are committed to democratic values, a Democratic Republic, Democratic Capitalism and we get more Democratic, not less as we go. This is imperative. We can’t call ourselves a democracy as long as districts are drawn where politicians get to pick out their voters instead of the other way around. We can’t call ourselves a Democracy so long as one side has made a political strategy to make sure some voters, usually voters of color are able to exercise the right to vote. I’d argue we’d be a much more Democratic democracy with the rather simplistic step of setting our or Presidential Elections where we just give it to the man who got the most votes.” 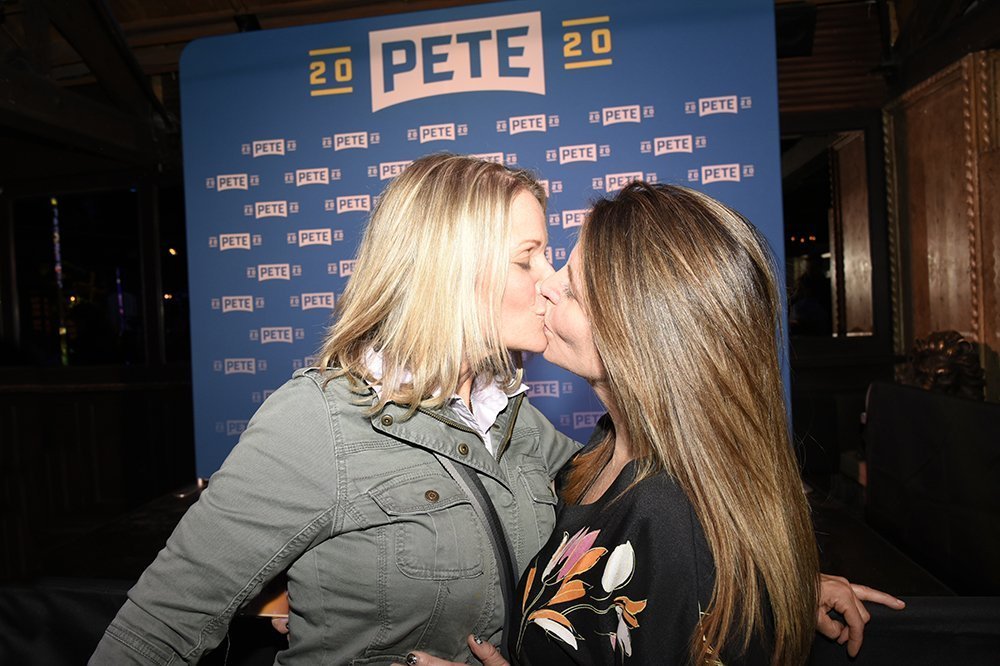 He asked the American people to share their stories in an effort inspire empathy across the country. He said sharing our stories is what changed the course of our history and helped turn the tide on LGBT rights as the work continues. He also said stories opened people’s hearts on immigration.

He spoke of his own personal story during the moment when he had to tell his father who was in the middle of chemo therapy that is mother was going to need heart surgery. He shared about the hard decisions that were made during that rough period and he wanted all Americans to benefit from Medicare. 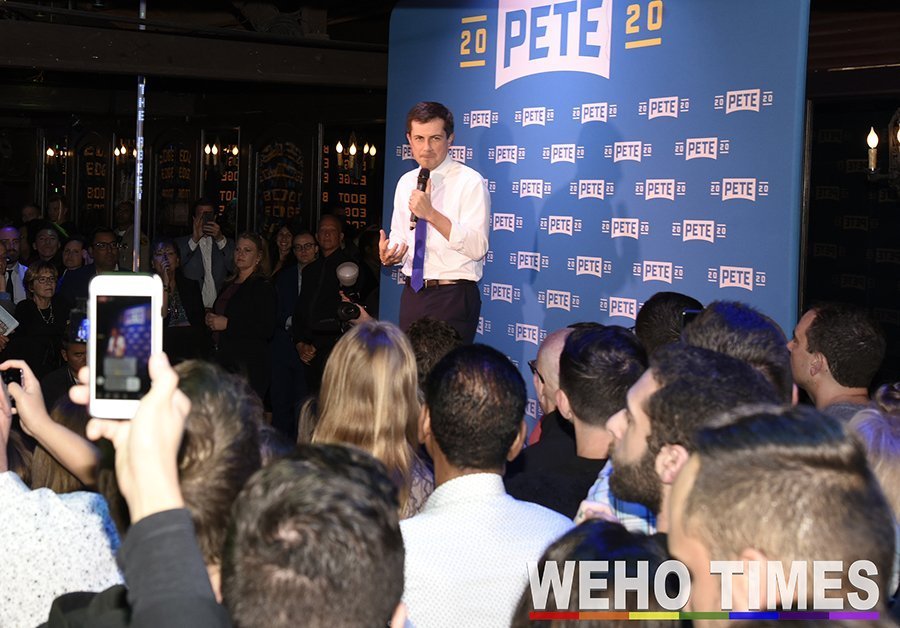 He ended his speech with a message of hope, stating the that being involved in the political process is the greatest act of hope that a citizen can show.

The Abbey Food & Bar was one of many stops for Pete Buttigieg in Los Angeles yesterday where tickets ranged from $25 to $1000. Earlier in the day he joined Los Angeles Mayor Eric Garcetti at a free special community event in support of Measure EE. If passed, the would raise about $500 million a year, or about $750 per student, by instituting a new parcel tax on residential and commercial property throughout the school district. 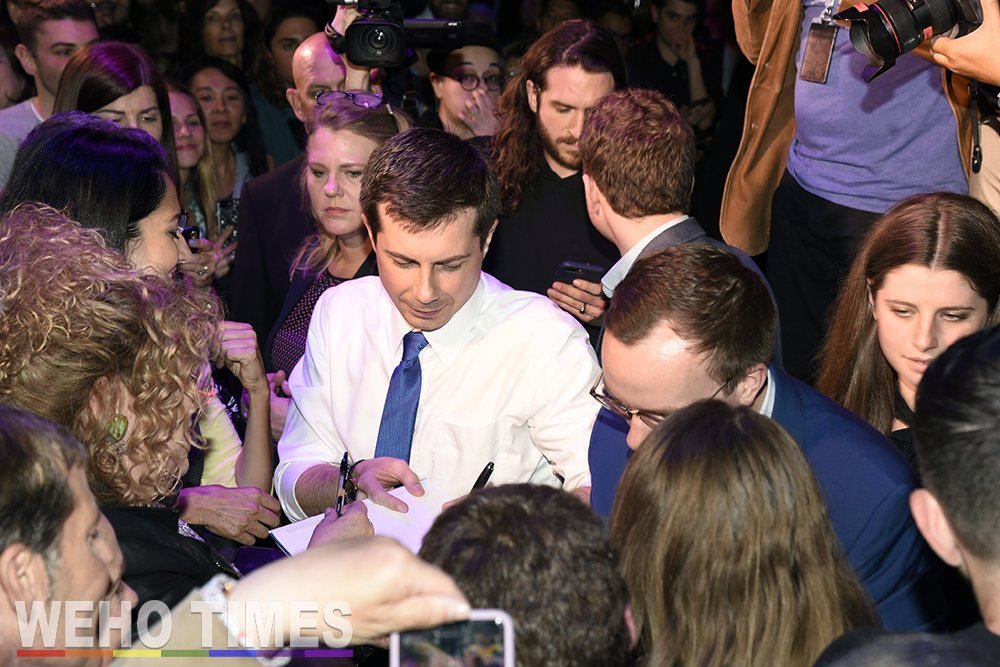