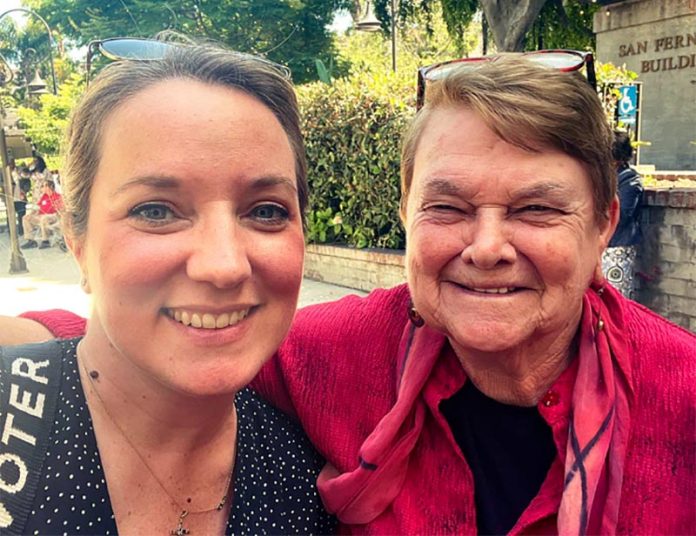 “The unprecedented move this morning at 7:00AM by the Los Angeles County Sheriff’s

Department to execute a search warrant at Supervisor Sheila Kuehl’s home is deeply disturbing,” said West Hollywood council member Lindsey Horvath who is currently running to replace Kuehl. “Given the Sheriff’s politically motivated tactics and rhetoric over the last few years towards local officials and leaders, it is hard to take this situation with the seriousness that it deserves. I have a deep fear that locally we are seeing exactly what we saw nationally under the Trump Administration: politically motivated actions and attacks towards critics and dissenters of the Sheriff.”

“Here is what we do know: Supervisor Kuehl has called on Sheriff Villanueva to resign and is supporting a ballot initiative to allow the Board of Supervisors to remove the Sheriff with a supermajority vote,” she adds. “After these actions and others to hold him accountable, the Sheriff intensified his behavior towards Supervisor Kuehl and others who called for the same. While investigations deserve to go through non-political processes to find the facts, Villanueva’s actions today have put yet another dark cloud over his department, and this very action calls into question the integrity and morality of the entire department under Sheriff Villanueva’s leadership.”

Horvath says the voters are the ones who ultimate lost the most today. “We will never solve our greatest challenges that lie ahead if there is no trust or belief in the ethics and morality of our Sheriff’s department and its top official,” she said.

The Sheriff’s Department has been investigating the non-profit, Peace Over Violence, which is run by Patti Giggans, a close associate of Kuehl’s. The investigation involves allegations that the nonprofit was improperly awarded a series of contracts pushed by Kuehl’s office.

Supervisor Kuehl endorsed Lindsay Horvath’s run for her seat and has been a huge advocate and supporter of the West Hollywood council member. A recent 497 Contribution Reports shows that Kuehl donated the maximum amount of $1,500 to Horvath’s campaign as recent as September 11, 2022.

Horvath is now linked up with these two women and their “rape hot line” scam costing taxpayers $800 dollars a call to handle. Horvath will not be elected Supervisor. Thanks to the sky Gods. She ruined West Hollywood while she was Mayor but claims she wasn’t. She along with Shyne and Erickson should be investigated on what commissions they may have received from Block by Block.

I don’t trust anything Lindsey Horvath has to say. She is a self-serving mediocre politician who is ALWAYS on the wrong side of issues.