Home Culture David Cooley Rolls Out Red Carpet for “What Happens at the Abbey”... 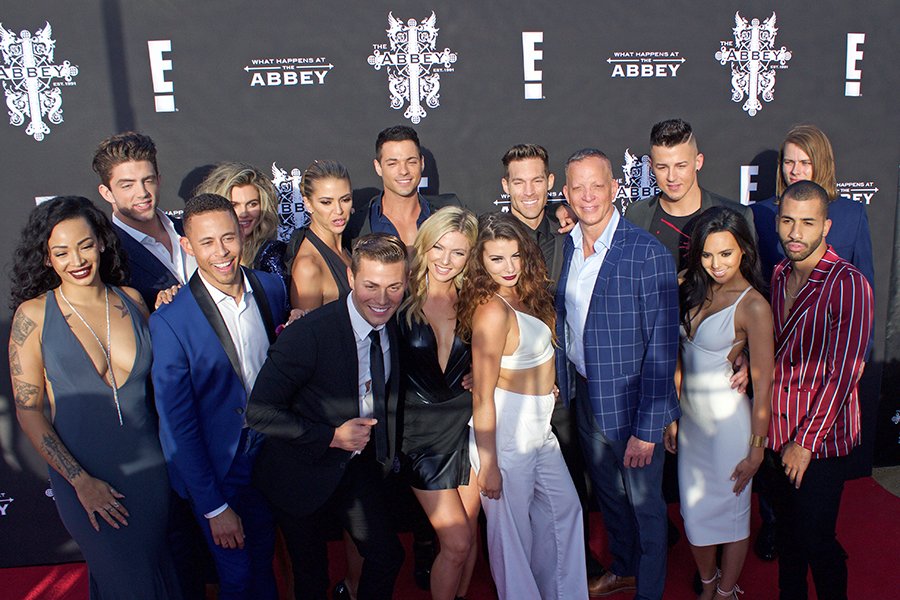 West Hollywood’s The Abbey Food & Bar has come a long way from its humble beginnings. It was once a quaint coffee and pastry shop where people went for some quiet reading time. People called you a nerd if you were caught inside Abbey Coffee Shop in the early 90s.

That was a long time ago. The Abbey Coffee Shop dared to dream big. It moved across the street, obtained a liquor license and re-invented itself as the “Best Gay Bar in the World,” thanks to the ambitions and endless efforts of CEO and founder David Cooley.

The Abbey is now more than just a gay bar; it’s an institution. Many view it as West Hollywood’s central nervous system. Something big is always going down at The Abbey. It’s ground zero for what’s hot, what’s hip and what’s happening in the moment. It attracts celebrities and tourists from all over the map. It is also the only bar that legendary Elizabeth Taylor once referred to as her favorite pub. How’s that for bragging rights?

The restaurant and bar is currently having its own Hollywood moment. It recently joined the reality TV ranks with the new docu-series “What Happens at The Abbey.” The show goes behind the bar and follows the lives of 14 employees who deliver first-rate service to their VIP celebrity guests. They juggle relations and random hook-ups in their hot pursuit of the Hollywood dream. And they work at The Abbey, so of course they manage to have a wild time in the process.

The big surprise guest was Abby Lee Miller of Dance Moms who had been sentenced to one year and one day in federal prison for bankruptcy fraud earlier that week.

“This is my Hollywood moment,” Cooley told WEHO TIMES. “I started a small coffee house and now I have a show on E! I could not be more excited. I still look across the street and I can’t believe it. Here we are 26 years later and I’m still making my dreams come true.”

Cooley added that the show would take a more intimate look at his life.

“People will see the drama that I deal with every day,” he said.” Listen, don’t open a night club. It’s 18, 20 hours a day. It’s stress morning, noon and night. You will learn a few new things about me. Some things will come up. Good and bad.”

Abbey employee and cast member Billy Reilich who is widely known as Nick the Gardner on “The Ellen Show,” echoed Cooley’s excitement.

“I’m very excited to be in the show,” he said. “It’s cool that it’s finally coming through. It’s been a year now. My three brothers actually came out and filmed for a week, so they’re nervous. They ask me, ‘How did they capture us? How do we look?’ I tell them, ‘I don’t know!’”

According to Reilich, he had to audition for the show like the rest of the Abbey employees, despite his Ellen recognition.

“I think there are 250 people that actually work here. I think they brought in over 220 of us to sit down and talk. It wasn’t for everybody, but everybody got a chance. I don’t know how they brought it down to 14 people. The cast kind of portrays life at The Abbey pretty well. It’s not just gay, or bi, it’s all inclusive. It’s a good representation. You don’t have to agree with one idea or the other. Whatever you want to believe, you’re welcome at The Abbey.”Cooley’s executive assistant Brando Winn spoke about his not-so-glamorous start at The Abbey.

“I actually started at the Abbey a few years ago as a dishwasher,” he told WEHO TIMES. “I essentially begged and pleaded for a job here. I knew it was an amazing place to work and I wanted to work my way up and show them my abilities after college. I ended up dishwashing. After a few weeks David noticed my potential. I started to move up. I joke that I was dishwashing and then two weeks later, I was working at the corporate building. It was definitely an amazing opportunity.”

Winn’s life has changed dramatically since he traded in the dish towel to sit behind an executive desk.

“There is a lot of work and a lot of fun,” he said. “There are so many different adventures and work projects. I’m very grateful. There’ll be a lot of drama and a lot of tension in the show. There’s never a dull moment here at the Abbey and I’m excited for the world to see that. It’s going to be beautiful.”

And what does Winn think about his boss?

“He’s the greatest mentor anyone could ever ask for,” he said of Cooley. “I myself want to open my own brewery and I’m learning from the best. He’s teaching me how to run a business and how to run it the right way. I’m so grateful to be where I am at the age of 25.”

Eric Leonardos, former Abbey employee and the winner of “Finding Prince Charming” showed up to the event with some of the other constants in the show.

“I celebrate everyone who chooses to put themselves out there and be vulnerable,” he said of the cast of “What Happens at the Abbey.” “It’s not easy. It’s called reality TV, but the only thing real about reality TV are the people. It’s an outside perspective and you get to see yourself through that perspective. When I look back and watch myself, I think, ‘Wow! That’s me.’ I’ve never seen myself that way. It was eye-opening. They captured parts of me that are all me. I can’t say that I was edited.”

Cooley says that he plans to continue growing and giving back to the community. He attended his red-carpet event after receiving a humanitarian award from APLA the previous evening.

“I was honored last night by APLA’s S.T.A.G.E [Southland Theatre Artists Goodwill Event] for a humanitarian award,” he said. “After 33 years, it’s the last time they are doing this charity event. I told them that even though this is the last night, don’t think that I’m going to be quiet. I’m going to keep fighting and raising money. It was a wonderful night and I got a wonderful award. But my work is not done.”

Cooley is partnering with Barbara Poma, the owner of Pulse Nightclub in Orlando for a fundraiser to benefit the onePulse Foundation on June 5. To purchase tickets, visit theabbeyweho.com/onepulse.

Catch “What Happens at the Abbey” on E! Sunday nights at 10 p.m. ET/PT. For more information, visit eonline.com/shows/what_happens_at_the_abbey