Damaged ONE LOVE Neon Art Sign is Off for Repairs

The ONE LOVE neon art sign installation by street artist Scott Froschauer was hauled off last week to get some badly needed repairs after it was allegedly struck by a car. Workers dismantled the popular sign last Monday at roughly 9am and left behind an empty platform where the sign was once lit with colors of the rainbow.

The ONE LOVE neon art sign and its sister sign, RELAX UR OK, were installed on Thursday, October 15, 2020. Both signs are made of neon, glass, aluminum, and steel. The RELAX UR OK sign measures 8 feet, 5 inches tall, by 4 feet wide and the ONE LOVE sign measures 10 feet tall by 3 feet wide. This is a temporary art installation that will be on display in the City of West Hollywood from October 2020 to June 2022. It could be extended for a longer period of time. 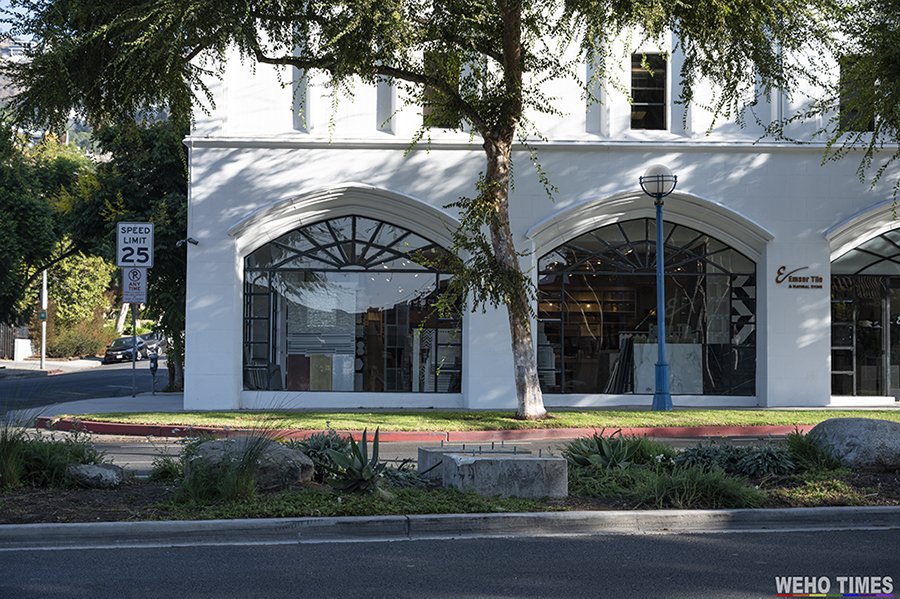 It was believed the sign had been vandalized and that someone attempted to steal the sign, but could not break it off its base late this past July. The sign was twisted sideways and some of the delicate neon bulbs were broken on both sides of the sign. Small shards of glass were on the pedestal. It also appears the wiring was destroyed, which seemed pull the plug on the the Relax, UR OK sign down the street, which had no power.

It turns out the ONE LOVE neon art sign was not the victim of would-be vandals and thieves, but rather an alleged drunk driver. According to a source, camera footage from La Boheme restaurant captured a woman, who appeared inebriated, stumble out of her car after she drove up the median and crashed into the sign and causing the damage reported in this publication.

It is believed the incident happened the same night the Rocky and Bullwinkle art sculptures were also struck by a vehicle on July 24, 2021. The incident on Sunset Boulevard involved a high-speed collision that ended with a mangled BMW and a fractured Rocky and Bullwinkle statue on the Sunset Strip. A sunset orange metallic BMW 840i Gran Coupe was scrap metal after crashing and flipping on its side at the Sunset Boulevard and Holloway triangle intersection.

The Rocky and Bullwinkle sculpture has since been repaired, but the platform still needs work and the statue remains standing with the help of scaffolds.

A month later, the fountain at the Sal Guarriello Veterans’ Memorial was also damaged in an automobile collision and continues to be out of service. However, the Memorial’s green space and components honoring veterans all remain open to the community.

On the day the One Love Neon Art sign was hauled away, a services crew was spotted at the fountain assessing the damage and coordinating repairs.

It is not clear yet when the One Love neon art sign will return to the median on Santa Monica Boulevard and Holloway Drive, but hopefully it won’t be much longer.

Checked! Thanks so much!

West Hollywood has to be full of drunk drivers! Are they that shallow to just show off their luxury cars abs drag race with other drivers or are they cheap to share a ride or embarrassed to call a ride share? At any rate they are lucky in this city at that time when clubs bars and locals coming from late night eateries that there have not been any severe injuries and fatalities recently! However, these past 4 years, pedestrians have been killed by drunk drivers or drivers have been killed in a collision or have been seriously injured and… Read more »