It appears the old West Hollywood Coffee Bean & Tea Leaf space, located at 7835 Santa Monica Boulevard, finally has a new tenant. According to sources, Crispy Pork Gang Thai restaurant will be opening at that space towards the end of the summer.

Photos reveal the space on the corner of Hancock Avenue and Santa Monica Boulevard is currently being demolished to make way for the new restaurant. Workers are gutting the interior that many WeHoans know so well.

Established in 2017, the original Crispy Pork Gang Thai restaurant, located at 5253 Hollywood Blvd, specializes in Thai cuisine with a modern interpretation of classic meals. The eatery serves authentic Thai food like barbecue, seafood, and noodle dishes. It plans to bring the same menu to the city of West Hollywood. It will be available for dining-in, takeout, and delivery. The West Hollywood location in the heart of WeHo’s Boystown / LGBT Rainbow District will be the second Crispy Pork Gang to open in The Greater Los Angeles Area.

According to a source, the space is not slated to open for several more months. “We have a lot to do at that space to make it look perfect,” an employee at the Los Angeles Crispy Pork Gang location told WEHO TIMES. “We hope to open soon, but maybe it will be later. We plan to be very popular there.” 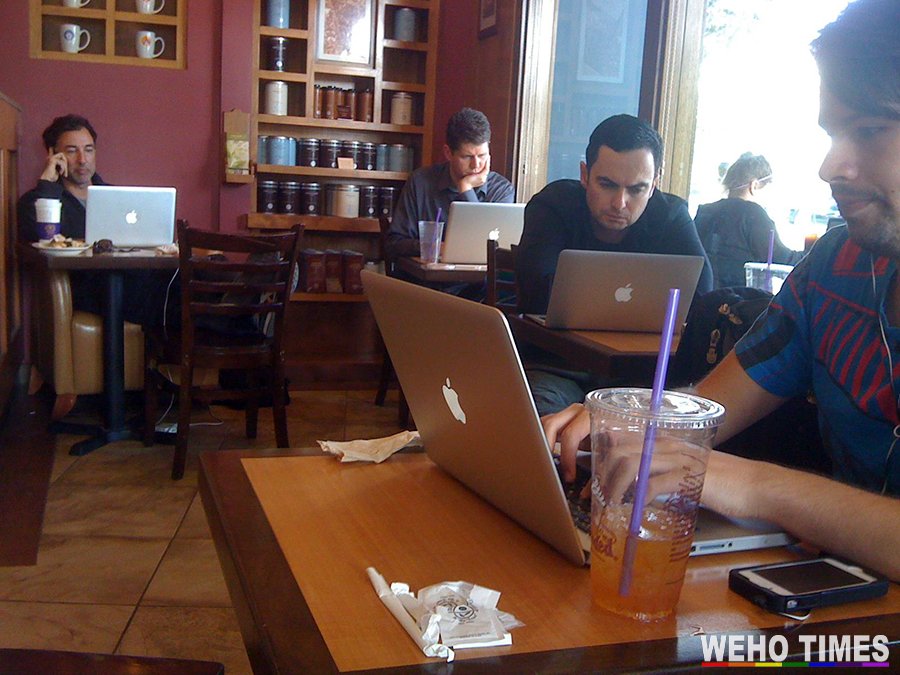 The Coffee Bean & Tea Leaf, shuttered at that corner in early March, 2019, pre-COVID-19 pandemic. The Coffee shop had served the West Hollywood community for well over 20 years. An employee told WEHO TIMES at the time of its closure that the reason that location closed due to the landlord raising the rent and low foot traffic.

According folklore, Dustin Lance Black wrote the Milk screenplay at that particular WeHo Coffee Bean & Tea Leaf location. Sightings of him at this location were reported numerous times through the course of the years it was open.

The space has been empty since its closure. With the closure of Gym Bar last year, located next door, and the recent closure of the Bean coffee shop in the same shopping center, the shopping area is pretty much empty.

Crispy Pork Gang will be the only Thai restaurant in that area when it opens. To get a taste of what’s to come, visit: https://www.crispyporkgangla.com.