The restaurant was being emptied out today. The signage is gone, and there is a sign written with a Sharpie at the door with the word “Closed” and today’s date.

An employee at the WeHo location tells WEHO TIMES that they tried to hold on during the coronavirus pandemic. He said they were open throughout Los Angeles County’s Stay at Home Order, with curbside pickup. “It’s been hard. We tried to make it work but were not able to stay open. There are other reasons why we’re closing, but COVID is the main reason.”

The worker pointed out that the West Hollywood locale is the only one closing in the greater Los Angeles area. There are two chains in Los Angeles, one in Glendale, and another in Pasadena, for those who still want to enjoy their famous Chicken and Gyro platter combo with their signature white sauce.

The company was founded in 1990. It began as a small New York City food cart serving classic Middle Eastern and Mediterranean street fare. It quickly amassed a devoted following, which led to an expansion throughout the greater NYC area. New York’s eaters-on-the-go just couldn’t get enough of their chicken, gyros, rice, and their now legendary white sauce. According to FourSquare, The Halal Guys were the most popular food truck of 2013, based on a combination of overall rating and the total number of check-ins. And in 2014, the year they began franchising, The Halal Guys were the third most Yelped about the restaurant in the country.

The Halal Guys opened their first West Coast franchise in Costa Mesa back in 2015. This was quickly followed by locations in Long Beach, Koreatown, Cerritos, and Glendale. Led by CEO Thomas Pham, the five-man group that owns the franchise rights to The Halal Guys in Southern California. According to their website, there are over 200 Halal Guys all over the world. 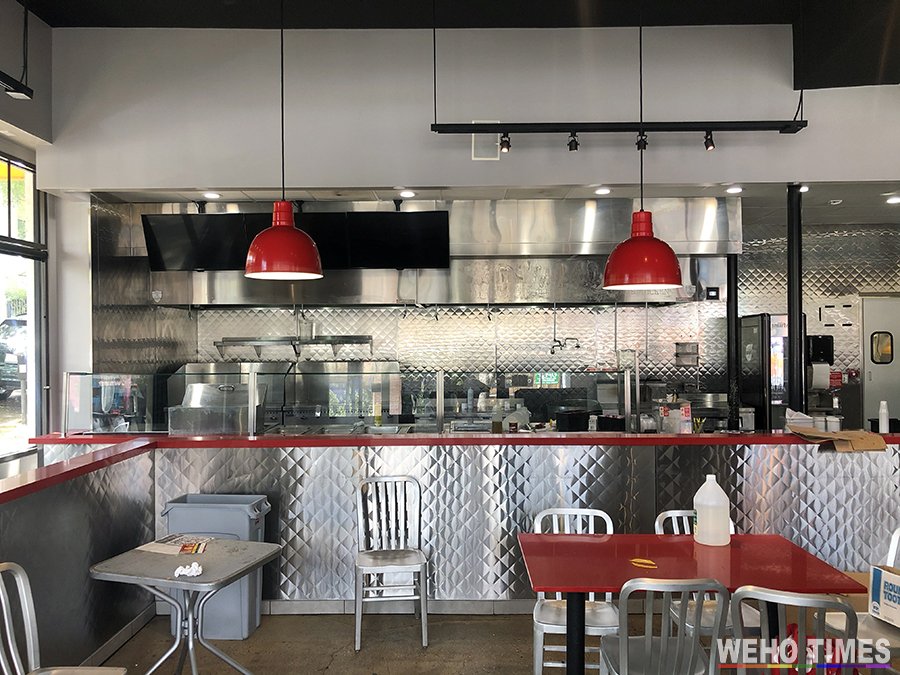 Today, the fast food restaurant in West Hollywood is empty. Two employees were seen inside preparing to make the move out of Santa Monica Boulevard.