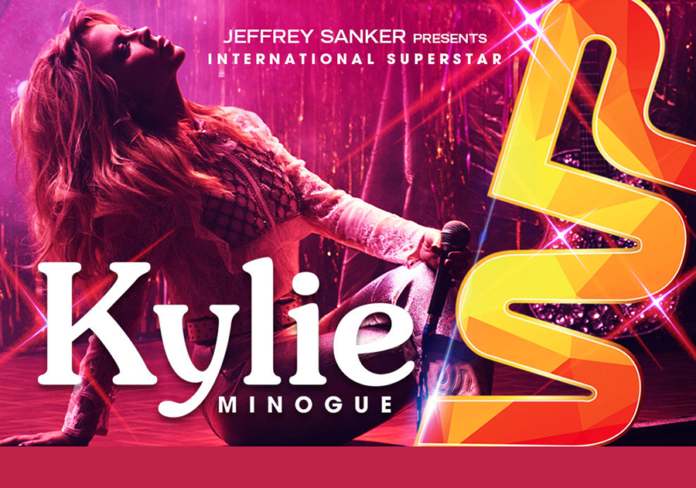 The clock is ticking, and with every tick-tock, we get closer and closer to witnessing Kylie Minogue LIVE at Jeffrey Sanker’s 29th Annual White Party 2018. Yep, the world’s largest LGBTQ music festival returns to Palm Springs on April 27th-30th.

Sanker is pulling all the stops with a three-day event that will be jam-packed with hot go-go dancers, renowned DJ’s, and this year, party goers will get an intimate headlining performance by Grammy Award winner, World Superstar, style Icon and LGBT ally Kylie Minogue.

“I’m thrilled to have Kylie join our family for the 29th annual White Party Palm Springs,” Sanker said in a press release. “Her performances, style and attitude capture the essence of our weekend long event.”

Perched beneath the majestic San Jacinto Mountains, the sun-drenched desert oasis of Palm Spring’s has been West Hollywood’s playground since the 1920’s. The legendary “Two-Hour Rule” imposed by the old Hollywood Studio System, put Palm Springs on the map and made it the perfect getaway, back when actors under contract were required to be within two hours from the studios at all times in case of last minute publicity or film shoots were needed.

Palm Springs is still a favorite getaway for West Hollywood residents and the greater Los Angeles area, even if the two-hour rule doesn’t always apply–especially during the morning or evening rush hours. However, traffic will not hold back tens of thousands of the hottest men from all over the world to conjoin once again and take over the entire city of Palm Springs for the world’s largest premier gay dance festival, with three days full of unforgettable parties.

Kylie is set to headline the 29th Annual White Party Palm Springs with a performance on the 29th of April, at the Circus T-Dance. The singing superstar is fresh off her newly released album GOLDEN and her hit single DANCING.

Golden was released April 6 via BMG, her first for the label. This is also Kylie’s first studio album in four years and her fourteenth studio album in a record breaking career. The album was partly recorded in Nashville, which was a first for Kylie, a fact which couldn’t help but influence the sound – albeit in Kylie’s superlative pop style.  Golden is one of Kylie’s most personal to date – with every song on Golden co-written by Minogue.

ABOUT WHITE PARTY PALM SPRINGS FESTIVAL
The three-day music festival attracts over 30,000 people of the LGBTQ+ community. Jeffrey Sanker has been cultivating this LGBTQ+ weekend long festival for the last 29 years. Over the years, Sanker has used the White Party stage to help popularize the careers of powerhouses like Lady Gaga and Ariana Grande. Previous performers include Jennifer Lopez, Ke$ha, Mary J. Blige and more!