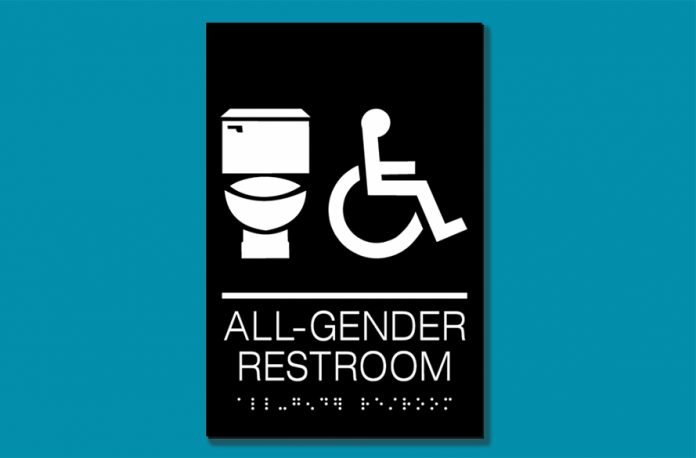 Multi-stall gender neutral bathrooms will be discussed at the upcoming regular West Hollywood City Council meeting on Monday, May 3, 2021. City Council will consider directing staff and the City Attorney to evaluate and draft an ordinance to require all multi-stall bathroom facilities in businesses and places of public accommodation to be gender neutral.

According to Agenda Item 5-B, this ordinance would apply to new developments as well as significant remodels and new commercial leases. This ordinance will complement the City’s existing ordinance requiring single-stall restrooms to be gender neutral. The goal is to create a safe and accessible environment for everyone.

The item by council members Sepi Shyne and John Erickson will also explore proper signage to ensure the signs used are also gender inclusive. Staff will also be be directed to perform community outreach to help the community understand the purpose and need for such an ordinance and to gather feedback from community stakeholders, including but not limited to the Transgender Advisory Board, the Lesbian and Gay Advisory Board, Disabilities Advisory Board, Women’s Advisory Board, Public Safety Commission, Public Facilities Commission, and the West Hollywood Chamber of Commerce.

In 2014, City Council adopted an ordinance to require all single-stall restrooms in public places to be gender neutral.

In 2016, California passed similar legislation that required single-occupancy bathrooms to be designated all-gender, or gender neutral. These laws do not apply to multi-stall restrooms.

To read the full details to Item 5-B, visit: https://wehotimes.com/wp-admin/post-new.php