Comedian, activist, and propagator of the #MeTooSoon viral tweet, Melinda Hill, is bringing her unique style of story telling to new comedy special “Inappropriate.” Two shows are filming live at the Oh My Ribs! Theater, 6468 Santa Monica Blvd., in Los Angeles, on Thursday, May 2–one starting at 6pm and the other at 8pm.

The woman known for her roles in Adventure Time and Lady Dynamite is bringing a subversive satire and offering a #MeToo tool kit for men and women on how to navigate and move forward from trauma bonding to trauma mending through the best possible medicine; laughter.

“Inappropriate” is a variety show where the variety comes in the different types of messed up happenings in the world. Hill created a program of change through stand-up comedy, smart, subversive vignettes and celebrities will share their experience with her and the audience. The show offers a new layer to the important #MeToo conversation. The show is produced by Q Fortier. Jason Kennedy and John T. Stapleton are co-producers.

In an interview with WEHO TIMES the Melinda Hill talks about the new show “Inappropriate” and the the MeTooSoon hashtag that inspired it. She tweeted #MeTooSoon in the wake of comic Louis C.K.’s return to the stage at the New York City’s Comedy Cellar last August, shortly after five women accused him of sexual misconduct in November, which he subsequently admitted to. Hill joked that he was starting the #MeTooSoon movement and the tweet went viral.

So tell us about your new show?

We’re taping my comedy special. It’s called Inappropriate. We’re partnering with ACLU. A portion of the ticket sales are going to ACLU. It’s comedy. It’s going to be funny. It’s an hour long, but it’s really focused on moving from trauma bonding to trauma mending with the MeToo movement. It’s about moving toward a healthy conversation about advocating for human rights and equal rights.

Is the show inspired by the #MeTooSoon tweet that went viral last summer?

Yeah. Exactly. During that time, I was interviewed on NPR. That was really the nugget. Speaking on NPR about how we can kind of pivot into solution. It’s an idea that I’m really interested in and I thought I would explore that in my work. Tig Notaro has a great festival in Washington DC for comedians and she asked me to do it. I started to put together this show for that. I did pieces of it in DC based on that idea of moving towards solution.

So what was your reaction when your hashtag went viral?

I couldn’t believe it. It was overwhelming. All these people were calling me for interviews; BBC, NPR, TMZ and I started calling my friends for advice. I called Margarette Cho and I called Maria Bamford. I wanted to handle the situation with respect. It was exciting because I felt like it really opened up a conversation with no blaming or shaming. It’s about how can we do better moving forward and that’s what I’m really interested in; not being defined by our past or what’s happened to us, but rather the choices we’re making today. What we do with what happened to us is I believe what defines us. The individual traumas that many of us have experienced, sexual or not, we don’t have to be defined by that, or victimized by that. There’s a way to turn the narrative around and have a new experience.

Why did you choose the name Inappropriate?

I was working with my friend Jason Kennedy. He has a company called Meditation for Assholes. It’s a great company where he melds production and meditation. We were really working together to think about the message of the show. Just in mentioning all of these shows, we noticed they all had a throughline that were completely inappropriate. I don’t know if I can cuss on this, can I cuss?

Yeah. Of course. We believe in freedom of expression here at WEHO TIMES.

Basically we’ve come a long way as a society, but shit is still fucked up. Our human rights, and our civil rights, and our gay rights, our reproductive rights are still being threatened. There is a lot that’s happening, when we have a president saying he grabs women by the pussy and there are no repercussions. There is a throughline of things being very inappropriate and it just popped in my head that it was the title. 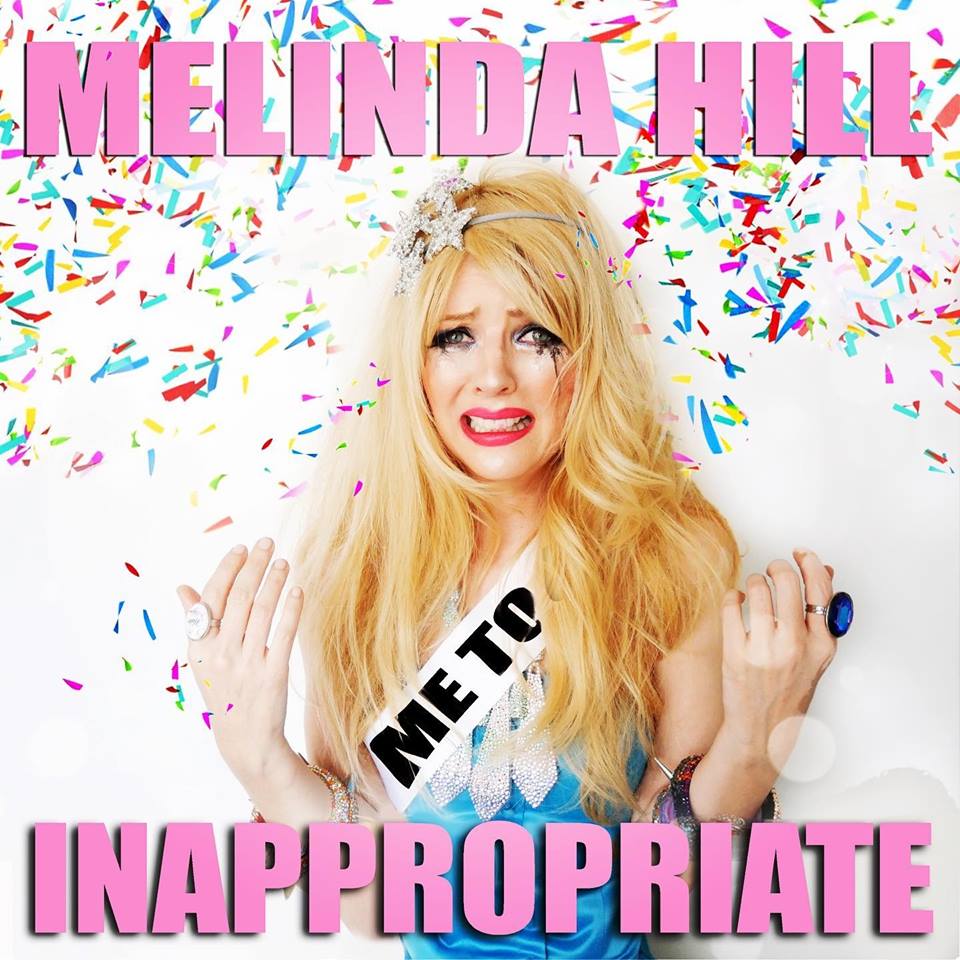 The title Inappropriate suggests that you’re being inappropriate in this show, was that intentional?

What are you looking forward to the most in this show?

This is really ten years of material, along with some newer things. It’s really exciting to put a decades-worth of work into one hour and sort of archive it and move on to writing totally new materials. It’s a really special time to share all of the hard work that has gone to all of that. I’m really most exciting about adding something positive to the cultural conversation and making an impact with the opportunity I’ve been given to be included in it. I couldn’t not write about it, because it’s happening in my life.

What about the things that you’re finding the most challenging?

I’ve never really been a topical comedian. I don’t really talk about current events. I’ve never done that. That’s really new. I’ve always had evergreen kind of observational outlooks. Now I find myself talking about the things that are happening in the world. A lot of things are really personal, so it’s very vulnerable, so that’s new. I’ve been workshopping a lot of the material on IGTV, which basically is Instagram’s YouTube. I’ve been doing shows every night, three shows a night. I’ve been trying new things on Instagram TV. That’s been really cool to see the response there and to connect with people who don’t live in L.A. and people from all over the world. I have stuff about Melania Trump and Meghan Markle’s sister, Samantha Markle, who I play as a character on my IGTV.

Is there a particular audience you are targeting?

I think it’s for women, gay men, straight me, I think it’s kind of for everyone. It’s also something where millennials may gain a lot of knowledge.

So your challenge for the night is make people laugh, while talking about some serious topics and make people think?

Exactly. It’s a lot happening. It’s not just an hour of comedy, not that there’s anything wrong with that, but there’s a strong message of empowerment. I’m really excited that we have the power to write our narrative and that’s what I’m really interested in, is solution. How can men and women get along better and how can people feel safe in the work place and how can we advocate for people’s rights and use our voices to do that at this critical juncture. Moving toward solution.

And getting some laughs in between.

Getting a bunch of laughs. It’s not going to be a TED Talk. Not that I wouldn’t want to do a TED Talk. Oh my God, I’d love to do a TED Talk. We’re trying to transform, heal, enlighten and inspire with comedy. We’re using comedy to hopefully make people feel empowered.

To purchase tickets to “Inappropriate” by Melinda Hill, visit: https://www.brownpapertickets.com/event/4216403