Limited edition jewelry is currently on display at the Clash de Cartier exhibition pop-up at 8552 Melrose Avenue in West Hollywood. The collection also features a curated soundscape designed by Finneas. The exhibit is open to the public. It debuted on Thursday, August 26th, and will run until Wednesday, September 1st from 10 a.m. to 7 p.m.

The corner of Melrose Avenue and Westmount Avenue has been transformed into a metalic golden terrain. It is a far cry from the the blood and gore of the Fear Street exhibit that popped up that space last month.

Picot studded walls inside lead to a mind-bending hall of mirrors. Clash de Cartier pieces featured inside include a reversible high-jewelry necklace in white gold, onyx and diamonds, a “mitten” watch in rose gold mesh and diamonds, conical onyx rings with diamond inlay and studded bracelets, to name a few.

Finneas delivered a three-song set. He performed for  “A Concert Six Months From Now,” for the first time in front of a live audience. The song is the lead single from the producer-songwriter’s upcoming debut album, “Optimist.” He followed it up with “Break My Heart Again” and closed with “Let’s Fall in Love for the Night.”

Born Finneas Baird O’Connell, the American singer-songwriter, record producer, audio engineer, and actor has written and produced music for various artists, including his sister, Billie Eilish. He has won eight Grammy Awards, including Album of the Year, Producer of the Year, Non-Classical and the Best Engineered Album, Non-Classical for his work on Eilish’s debut album When We All Fall Asleep, Where Do We Go?

The great potential for anodized titanium and niobium in jewelry and many other applications is going completely unrealized, let’s do something about this in West Hollywood❗ 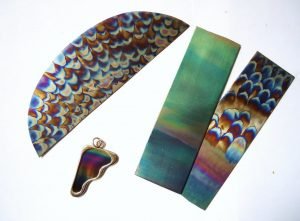