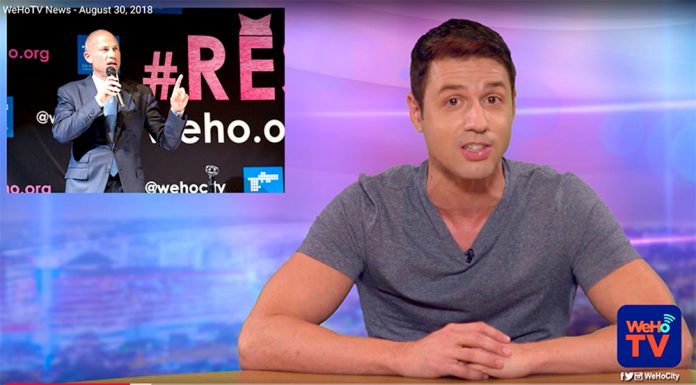 The City of West Hollywood’s WeHoTV Channel is now available on a wide variety of Digital streaming services like Android TV, Apple TV, Fire TV, and Roku. Previously, WeHoTV content was limited to the City’s Website and YouTube Channels. Digital streaming platform viewers can easily find programming by searching for “WeHoTV” within the search functions of these services.

WeHoTV is the City of West Hollywood’s Emmy-winning local governmental broadcast television station and digital programming network. WeHoTV has been recognized for its innovative and creative content featuring world-renowned talents. These digital streaming sources featuring WeHoTV programming join the previously available platforms including cable, web, and social media. WeHoTV is available to Spectrum customers within the City of West Hollywood on channel 10. AT&T U-verse customers across Southern California can access WeHoTV on channel 99. Selected programming is also available on the WeHoTV YouTube Channel at www.youtube.com/wehotv. WeHoTV NewsBytes are regularly posted to the City’s official social media accounts @WeHoCity on Facebook and Twitter.

“WeHoTV has gone global!” said West Hollywood Mayor John J. Duran. “WeHoTV features live and streaming coverage of civic meetings and cultural events, produces and presents original programming, and offers viewers an inside look at what’s going on each month — all with an eye to educating and entertaining the diverse population of West Hollywood. And, now, people across the globe can tune-in and find out what’s going on in our city.”

The City of West Hollywood is like no other city in the world and WeHoTV connects viewers — whether down the street or across globe — to timely city news and information. More than 40 percent of the City’s residents identify as LGBTQ, and the City of West Hollywood is home to a thriving community of nearly 4,000 people from regions of the former Soviet Union, representing approximately 11 percent of the City’s total population.

Viewers can find selected WeHoTV programming on YouTube at www.youtube.com/wehotv.

For more information, please contact Joshua Schare, the City of West Hollywood’s Communications Manager, at (323) 848-6431 or at jschare@weho.org.