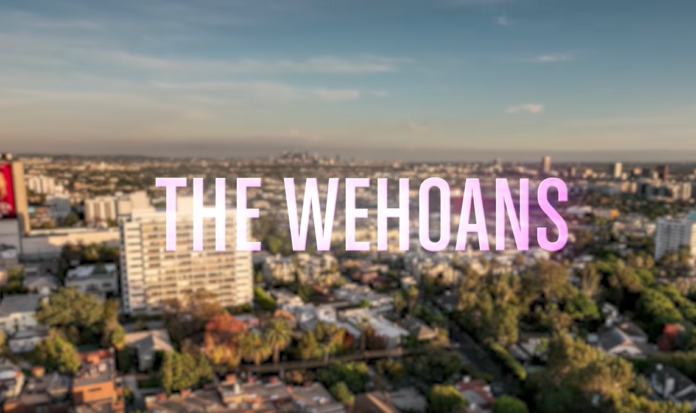 Are you ready for a disaster? Do you know what to do in the care of an major earthquake?  The City of West Hollywood bringing some awareness to earthquakes preparedness and other disasters with the release of the city’s YouTube webseries The WeHoans Season 2, Episode 2.

In this episode, drag sensations Willam Belli and Misty Violet seek out earthquake preparedness supplies, but find themselves stocking up in an unconventional (and inappropriate) supply room. Mayhem Miller and actor/comedian Drew Droege join in the adventure. Season 2 of The WeHoans will offer-up four episodes in total, which will be centered on serious themes concerning preparedness and safety, nighttime safety, crimes of opportunity, and sexual assault prevention. Episode 2 follows the season launch of The WeHoans on Thursday, October 19, 2017 for The Great California ShakeOut earthquake drill and preparedness effort.

For those not in the know, The WeHoans is a parody of the popular Saturday Night Live skit The Californians in which soap opera-like characters in platinum blonde wigs hilariously describe in hyper-detail how to navigate the freeways and streets of Southern California. The WeHoans tries to deliver serious messages wrapped in a humorous and entertaining format. Season 2 episodes serve as part of a multi-faceted Public Safety awareness campaign that blends with the City of West Hollywood’s “Live, Work, Play, Be Safe” campaign on key public safety issues.

Season 1 of The WeHoans debuted in August 2015 to raise community awareness about a temporary closure of La Cienega Boulevard for construction and improvements. Historical episodes of The WeHoans can be viewed on Willam Belli’s YouTube channel.

For more information about The WeHoans Season Two, please contact Lisa Marie Belsanti, the City of West Hollywood’s Director of Communications at (323) 848-6378 or at lbelsanti@weho.org For people who are deaf or hearing impaired, please call TTY (323) 848-6496.