City to Host Ceremony in Celebration of Veterans Day 2019 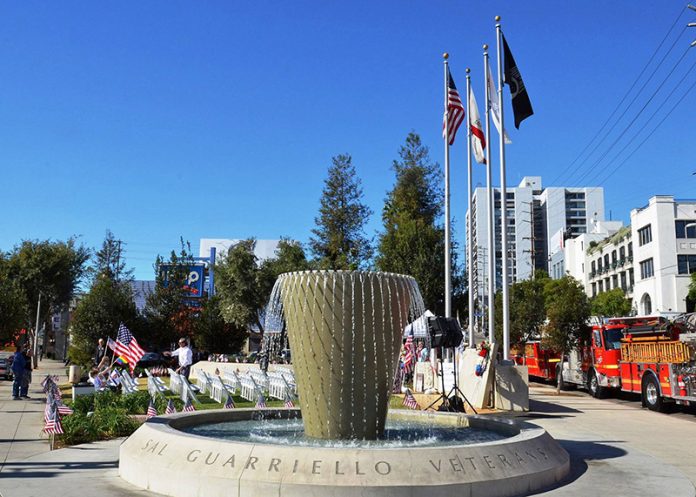 The City of West Hollywood will honor veterans and active members of the United States Armed Forces during its annual Veterans Day 2019 program on Monday, November 11, at 11 a.m. at the Sal Guarriello Veterans’ Memorial, located on the corner of Santa Monica Boulevard and Holloway Drive.

Members of the community are invited to join City officials, City staff members, and representatives of the West Hollywood Sheriff’s Station and the Los Angeles County Fire Department in honoring our local veterans. Representatives from local veterans’ organizations will be in attendance and United States Marine Corps veteran Dave Culmer will speak.

This year’s theme is “Welcome Home Veterans.” During the program, members of the West Hollywood City Council will recognize those who have served in the United States Armed Forces. There will be a presentation of wreaths while a bugler plays taps, a presentation of colors by the UCLA ROTC Air Force Color Guard, the Pledge of Allegiance, and a moment of silence followed by the National Anthem, performed by members of the Gay Men’s Chorus of Los Angeles, along with Lindsay Solonycze, a local resident and professional singer who has worked with veterans’ organizations.