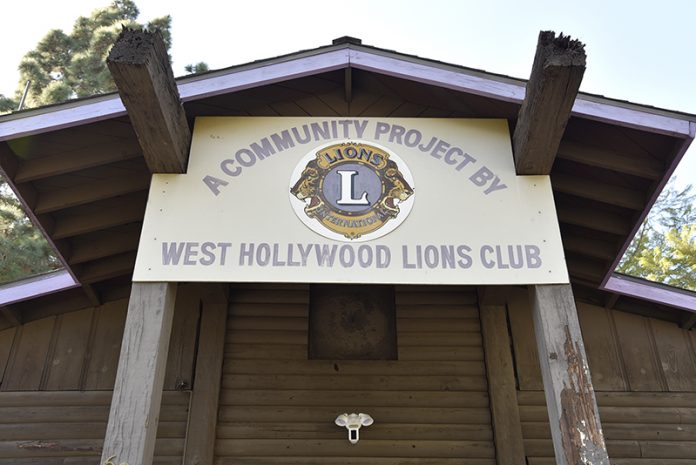 The City of West Hollywood is making an offer to the City of Beverly Hills, to have the West Hollywood Recovery Center (WHRC) take over the lease at the Lions Club Log Cabin in the hopes to save the sober space that is home to several 12 step meetings of recovery.

The City is not considering to purchase the Log Cabin building as it has been falsely reported by a local media outlet. The City is proposing WHRC pay the rent and run the day-to-day operations of the Log Cabin, located on 621 North Roberson Boulevard. In addition, the WHRC will Pledge $150,000.00 dollars and the City of West Hollywood will match that amount with a pledge of $150,000.00 dollars for a total $300,000, to clean up and give the Log Cabin some badly needed repairs to make it a nicer space and keep the meetings going as they have for over 30 years.

If the offers is accepted, The Lions Club West Hollywood will no longer be affiliated with the log cabin. It is possible the name and emblem may be dropped from the building.

The City of Beverly Hills gave The Lions Club notice to vacate the Log Cabin and demolish the building by March 31, 2020. The possible loss of the sober space, resulted in outrage by the recovering community and its allies. A Save the Log Cabin petition has been circling through social media and has already generated over 12,000 signatures as of the posting of this piece.