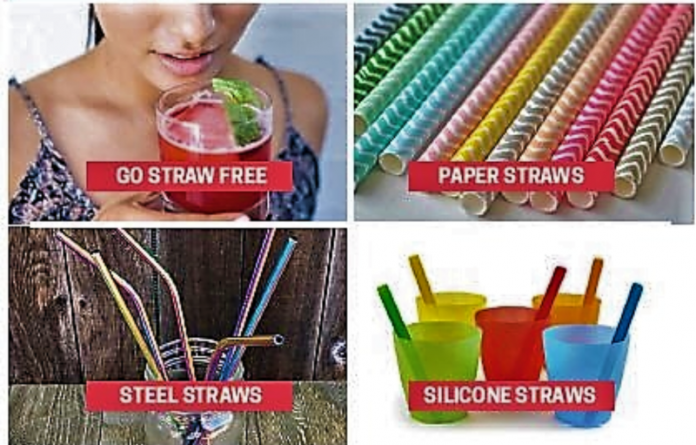 The city that gave us a ban on the sale of fur, declawing cats, no smoking in patios, and recently banished those annoying electrical scooters, hope to inspire the public to break the habit of using plastic straws. The city is launching a “Straws Upon Request” educational campaign in an effort to raise awareness about the negative environmental impacts of plastic straws. West Hollywood city officials hope to encourage local restaurants, bars, nightclubs, and their customers to go straw-free or consider using alternatives, such as straws made of paper, steel, silicone, glass, or bamboo.

The Straws Upon Request Education Campaign kicks off with an informal community event on Wednesday, September 12, 2018 at 5 p.m. at kitchen24, located at 8575 Santa Monica Boulevard. West Hollywood Mayor John J. Duran and members of the West Hollywood City Council will attend the free event that is open to the public. The City will distribute information during the upcoming weeks about the campaign, which encourages establishments in West Hollywood to embrace alternatives to plastic straws and to take part in citywide sustainability programs.

“Nearly every piece of plastic still exists on earth, regardless of whether it’s been recycled, broken down into microscopic bits, or discarded in the ocean,” said City of West Hollywood Mayor John J. Duran in a press release. “While one might assume that plastic straws are one of the smallest contributors to overall plastic pollution, they are, in fact, one of the most commonly found items during beach cleanups. West Hollywood is leading the way to go straw-free and is supporting efforts to make the shift across the state.”

In August 2018, the California State Assembly passed AB 1884, Food Facilities: Single-Use Plastic Straws, which would prohibit full-service, dine-in restaurants from offering plastic straws to customers unless they are requested. The West Hollywood City Council, in February 2018, approved a Resolution in support of this statewide legislation.

For more information about the Straws Upon Request Education Campaign, please contact Jackie Rocco, the City of West Hollywood’s Business Development Manager at (323) 848-6547 or at jrocco@weho.org.