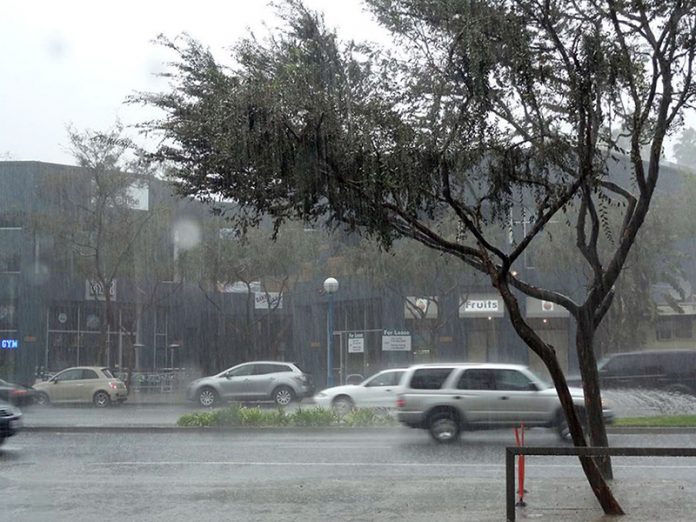 Another round of heavy rain is in the forecast to hit Southern California. The wet conditions will likely jam traffic during the Wednesday morning commute and could cause flooding.  Light rain began falling in the Los Angeles area around 8 p.m. Tuesday as an atmospheric river carried tropical moisture in from the southwest. But the bulk of the storm will arrive Wednesday morning and afternoon, with a fast-moving cold front crossing the region from west to east, according to the National Weather Service.

Motorists should be prepared for delays Wednesday morning, with brief but heavy downpours possible and several areas at risk of flooding.

According to reports this week’s storm is expected to deliver 0.75-1.5 inches of rain to most of the L.A. area, with the potential for up to 3 inches in the eastern San Gabriel Mountains and on other south-facing slopes.

The City of West Hollywood is offering free sandbags that are limited to 10 per resident or business. They are available for pick-up by appointment at the City of West Hollywood’s Operations Center, located at 7317 Romaine Street. Residents and business owners must call (323) 848-6591 to schedule an appointment to pick up sandbags on weekdays from 7 a.m. to 4 p.m.. There are no weekend pickups scheduled at this time. Please note that, even with an appointment, sand bags are only available while supplies last. Sandbag pick up may be extended into the following week if weather requires and supplies are available.