Home News City of West Hollywood was Honored with Over a Dozen Awards this... 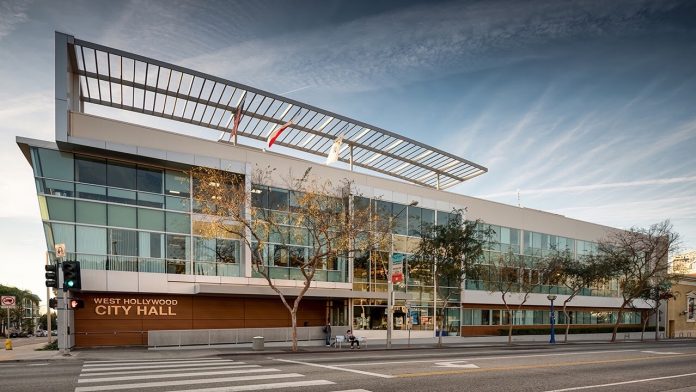 The City of West Hollywood was honored with over one dozen awards in 2019. The City was recognized for excellence in communications, finance and technology, innovation, social services, sustainability, and planning and development by multiple venerable organizations throughout the Year.

West Hollywood continues to be a laboratory for vanguard city design. Once again, City efforts have been recognized by so many outstanding organizations,” said West Hollywood Mayor John D’Amico. “City staff are committed to producing excellent work that responds to our changing world and improves the daily lives of our community members who live, work and play in West Hollywood.”

The awards the city raked in this year are as follows:

The City of West Hollywood received a score of 100 on the Human Rights Campaign’s 2019 Municipal Equality Index (MEI), a nationwide evaluation of municipal laws affecting the LGBT community. The City received 17 bonus points in recognition of specific services such as those to LGBT youth, seniors, and homeless people; services to people with HIV/AIDS; and services to transgender people. The City also received bonus calculations for its single-occupancy all-gender restrooms, for its employee domestic partner benefits, and for its openly LGBT elected municipal leaders. This year’s score once again places the City of West Hollywood at the top of rated municipalities in the nation. HRC rated a total of 506 cities. The City of West Hollywood has received a score of 100 on the MEI for multiple consecutive years.

The City of West Hollywood’s Communications Department was honored with four awards recognizing excellence in communications by the national City-County Communications and Marketing Association (3CMA). The awards recognize the communications and outreach efforts of local governments throughout the United States. 3CMA conferred its digital interactive Savvy Award for Overall Website to the City of West Hollywood for www.weho.org, the City’s official website. The One City One Pride LGBTQ Arts Festival marketing materials took home the nation’s top city/county award for Graphic Design Marketing Tools. The City was also awarded two 3CMA Award of Excellence honors. The first recognition was for the promotional video I Sing the Body West Hollywood, and the second was for the City’s video public service announcement, Recreational Reefer Madness.

The Innovation Division of the City of West Hollywood’s Economic Development Department received the American Planning Association (APA) Technology Division’s Smart Cities Award for the “WeHo Smart City” Strategic Plan. The Smart Cities Award recognizes and celebrates communities that are using technology to be intelligent about growth, quality of life, inclusivity, sustainability, and resiliency. The WeHo Smart City Strategic Plan is an initiative to holistically weave technology into the fabric of the city to improve the quality of life, health, safety, and economic prosperity of residents. It focuses on optimizing urban systems by using technology and data to improve service delivery and customer satisfaction while creating new opportunities for engagement and problem-solving in the City of West Hollywood.

The City of West Hollywood’s Finance and Technology Services Department was honored by the Government Finance Officers Association of the United States and Canada (GFOA) with a Certificate of Achievement for Excellence in Financial Reporting for its Comprehensive Annual Financial Report (CAFR) for the fiscal year ended June 30, 2018. This is the twenty-fifth consecutive year that the City has achieved this prestigious recognition, which is the highest form of recognition in the area of governmental accounting and reporting. It is awarded to governments that publish easily readable and efficiently organized financial reports which must satisfy both generally accepted accounting principles and applicable legal requirements.

The Finance and IT Department was also honored by the Municipal Information Systems Association of California with the Quality in Information Technology Practices Award which recognizes outstanding governance and information technology practices.

The City of West Hollywood’s Planning and Development Services Department received the Gold Star Energy Leader Award for the City’s advancements in municipal energy efficiency from the Westside Energy Partnership for achieving more than 10% energy savings in the City’s municipal buildings. This award recognizes the energy audits and resulting improvements the City has undertaken to monitor and improve energy use. The department was also recognized by the California Governor’s Office of Business and Economic Development with a ZEVe Award recognizing City staff who have gone above and beyond to streamline the electric vehicle charging station permit process in their communities.

The City of West Hollywood’s Public Works Department was recognized by the American Public Works Association (APWA) for Best Transportation Project in the Southern California Region for the implementation of interval crosswalks at the intersection of Santa Monica and Robertson Boulevards.

For additional information, please contact the City of West Hollywood’s Director of Communications, Lisa Marie Belsanti, at (323) 848-6378 or lbelsanti@weho.org.