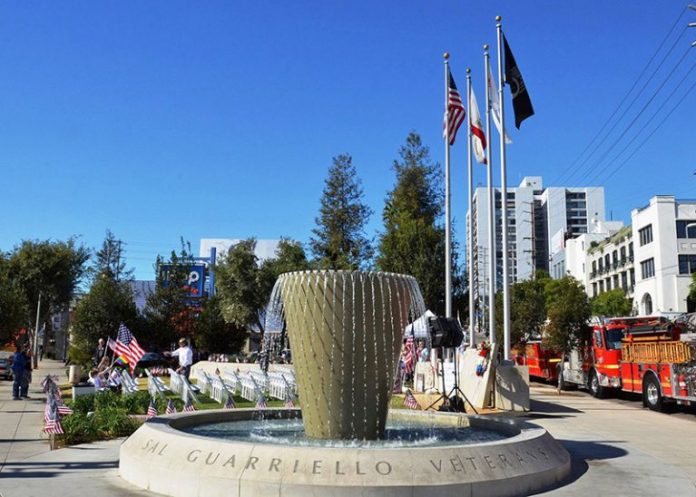 The City of West Hollywood will honor veterans and active members of the United States Armed Forces during its annual Veterans Day 2022 ceremony on Friday, November 11, 2022 at 11 a.m. The ceremony will take place in-person at the Sal Guarriello Veterans’ Memorial, located on the corner of Santa Monica Boulevard and Holloway Drive. The Memorial will feature wreaths and American flags as part of recognition of Veterans Day and the City will welcome community members at the Memorial to pay respects.

Veterans Day 2022 will feature the theme of honoring and thanking veterans for their service in the military. The event will feature the Pledge of Allegiance, a bugler playing Taps, and a moment of silence followed by The National Anthem performed by members of the Gay Men’s Chorus of Los Angeles.