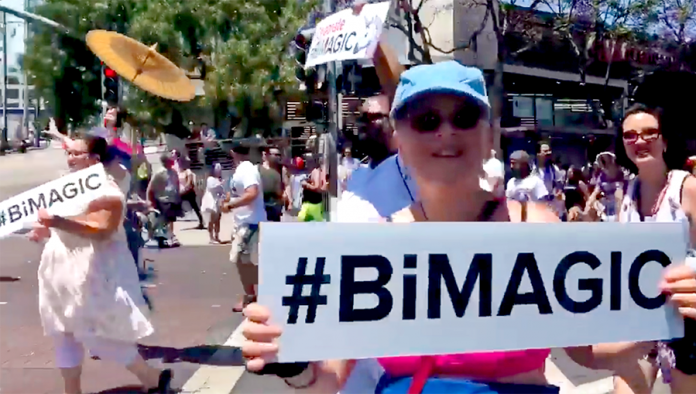 Other cities have done Bi Pride proclamations, but this is believed to be the first city-wide Bi Pride celebration in the United States.

The event will start with a rally at 1:30pm in front of WeHo Park Auditorium, a Bi Visibility Walk at 2pm, a party at 3pm, followed by an after party at 6pm.

amBi is a social club with a mission to build a world in which bisexuality is a clear source of pride, joy, and strength. It is a community for bi people, their partners, and allies. Anyone who is bi-friendly is welcome to join, regardless of sexual orientation. AmBi’s organizers host a variety of events, meet-ups, and other activities, with chapters in several cities. It is the largest bi club in the world. To learn more, visit http://www.ambi.org/

Admission to the event is free.

Free parking is available at the West Hollywood Park Structure, adjacent to the West Hollywood Library, located at 625 N. San Vicente Boulevard on a first-come-first-served basis. Take a ticket as you enter and you will be given a voucher to use to exit the garage.