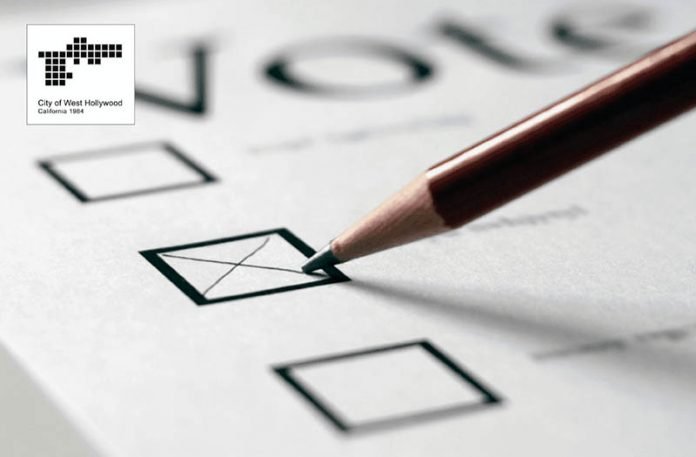 A summary of City Council positions on state ballot initiatives is as follows:

SUPPORT. Proposition 1, if approved by voters, would amend the California Constitution to prohibit the state from enacting legislation or regulations that would deny or interfere with an individual’s reproductive freedom in their most intimate decisions, which includes their fundamental right to choose to have an abortion and their fundamental right to choose or refuse contraceptives. The City of West Hollywood is a self-declared pro-choice city and has been a strong supporter of individuals’ right to choose. Proposition 1 is consistent with the City’s core values, the 2021-2022 legislative priorities, and previously adopted policies.

SUPPORT. Proposition 28 is intended to supplement current school funding that is governed by Proposition 98 of 1988, which requires the state to set aside funds for K-12 education from the state’s General Fund and property taxes. This proposition will commit an additional 1% of GF funds for arts and music education in public and charter schools. The City of West Hollywood has been a longstanding supporter of arts and culture in our community and is dedicated to providing accessible arts programs for residents and visitors. Providing additional funding to arts and music education in public and charter schools is important to ensuring equity and accessibility for all, including economically disadvantaged schools and students.

SUPPORT. Proposition 30 would increase the tax on personal incomes above $2 million by 1.75% and dedicate the revenue to zero-emission vehicle subsidies; zero-emission vehicle infrastructure, such as electric vehicle charging stations; and wildfire suppression and prevention programs. The City of West Hollywood has adopted sustainability policies consistent with the City’s commitment to protecting the environment and reducing the emissions of greenhouse gases (GHGs). Proposition 30 will increase revenues and allocate funding for the expansion of programs to facilitate a reduction of GHGs in California and West Hollywood. This not only will assist the state’s efforts to combat climate change, it will also result in the reduction of air contaminants, which for many people living with respiratory diseases could mean the ability to breathe easier and have a better quality of life.

California voters, in the upcoming November 8, 2022 General Election, will be asked to vote upon seven statewide initiatives. Voters in the City of West Hollywood will vote, as well, to fill three (3) West Hollywood City Council seats for four-year terms. Details about the General Municipal Election are available on the City’s website at www.weho.org/elections. The City encourages community members to check voter registration status at www.lavote.gov/vrstatus.