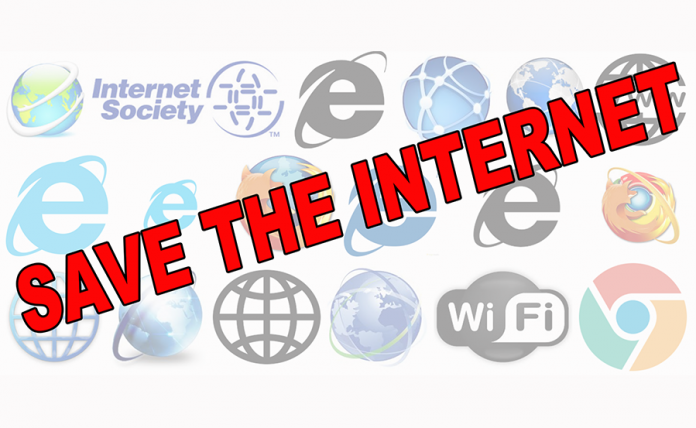 July 12, 2017, was Net Neutrality Day of Action. The City of West Hollywood joined activist groups like the ACLU and some of the world’s biggest internet companies like Google, Twitter, and Reddit to protest the FCC’s proposed rollback of net neutrality protections.

West Hollywood Mayor John Heilman signed on to the Mayoral Letter on Net Neutrality. The open letter was sent to the Federal Communications Commission (FCC) detailing the benefits of an open internet, such as innovation and economic growth, transparency, free flow of information, no unreasonable discrimination of lawful network traffic, and more. The letter calls on the FCC to maintain and enforce the 2015 Open Internet Order.

Net neutrality is the principle that individuals should be free to access all content and applications equally, regardless of the source, without internet service providers (ISPs) discriminating against specific online services or websites.

Founder of the Web Tim Berners-Lee, supports a neutral net. He published a short call to action video defending the FCC’s rules.

The City of West Hollywood approved a Resolution in support of net neutrality back in May 2017. The Resolution urges the Federal Communications Commission and the U.S. Congress to maintain net neutrality policies.

For more information about the City of West Hollywood’s Resolution in support of net neutrality, call West Hollywood City Hall at (323) 848-6460.

WeHo Wonderland Drive Thru Experience on January 30th Has Been Cancelled

WeHo’s The Standard Hollywood Hotel Bids Farewell After 22 Years on...

Faultline Bar Owner Confirms Our Report that the Bar is in...