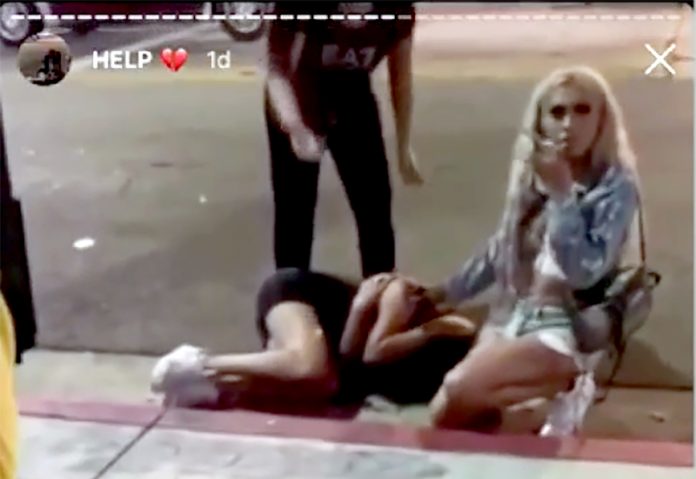 The City of West Hollywood quickly responded with condemnation “in the strongest possible terms” on a recent incident involving the violence, harassment, and intimidation of three transgender women who were roughed up and robbed earlier this week on Hollywood Boulevard.

According to reports, on Monday, August 17, 2020 at approximately 2:15 a.m., the suspect approached the victims and offered to buy them merchandise at a store on the 6500 block of Hollywood Boulevard. The suspect refused to pay for their merchandise and the victims left. Later, the suspect approached one of the victims with a metal bar and demanded her shoes and bracelet. In fear, the victim complied. Video footage posted on social media shows the suspect grabbing her by the hand, and leading her away. They walked together for a short distance before she was able to escape. A short time later, the suspect assaulted one of the original victim’s friends with a bottle and knocked her to the ground. Both victims are transgender women, and the suspect made derogatory remarks about their status during the crime. The three women say the suspect stole their purses, cellphones and money.

KTLA reports that a woman who identified herself as a friend of the victims’ said one of the victims was hit with an object that split the back of her head open, causing her to lose consciousness.

“The City of West Hollywood has been made aware of an incident being investigated as a possible hate crime against members of the Transgender community this past Monday in Hollywood. The images in videos of the event posted online are alarming — especially as bystanders did nothing to help these victims. Let’s be extremely clear: as a community we must rise up against hate in all of its forms,” said City of West Hollywood Mayor Lindsey P. Horvath. “The City of West Hollywood is steadfast and passionate about supporting Transgender and gender non-conforming people. The City is outraged by the disproportionate impact of discrimination and violence experienced by Transgender and gender non-conforming people and our City is deeply committed to amplifying voices, to raising awareness, and to creating spaces for education and empowerment. People in the Transgender community are, unfortunately, very often the victims of violence and hate and we must stand shoulder-to-shoulder and say, ‘enough!’ We thank Los Angeles City Councilmember Mitch O’Farrell for opening this investigation. I urge anyone who has any information about the perpetrator of this hate crime to come forward immediately.”

The L.A. Police Department stated that only one suspect was being sought in the crime. The agency released a photo of the man and are asking the public for any leads in identifying the suspect. 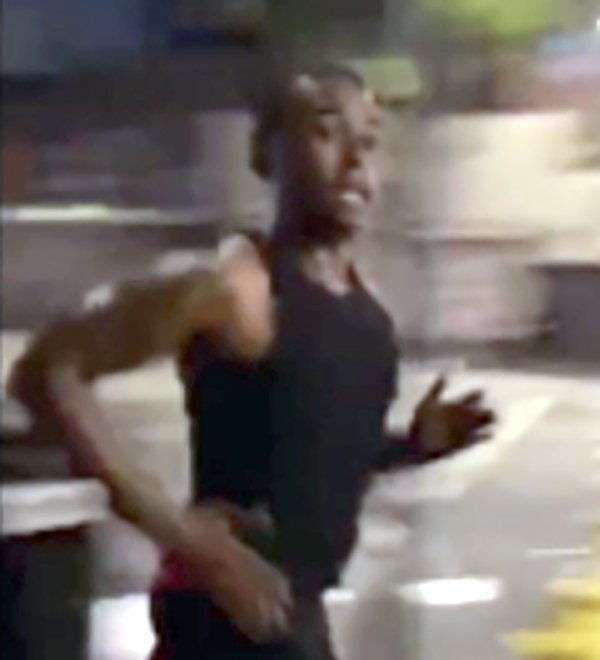 LAPD released this image of the suspect sought in the assault of three transgender women.The City of West Hollywood is urging members of the public to assist the Los Angeles Police Department (LAPD) in identifying the suspect man. The LAPD describes the suspect as a 25-year-old male, Black, black hair, brown eyes, standing at 6-feet-tall, and weighing approximately 180 pounds. He was last seen wearing a black tank-top and black shorts. (Photo of the suspect is posted in the LAPD press release viewable at: http://www.lapdonline.org/newsroom/news_view/66821.) Community members with information are asked to call the LAPD Hollywood Area Robbery Detective Stogner at (213) 972-2934. During non-business hours or on weekends, calls should be directed to 1-877-LAPD-24-7 (1-877-527-3247). Anyone wishing to remain anonymous should call the L.A. Regional Crime Stoppers at 1-800-222-TIPS (800-222-8477) or go directly to www.lacrimestoppers.org.

This is LAPD Hollywood Division not WEHO or Sherrif jurisdiction. With all the bars and clubs allegedly closed for CoVid what were two vulnerable people doing at 2 AM in a criminal hot spot and consorting with possibly criminal suspects. If I’m in a hotspot I don’t talk to anybody I don’t know. Residents likely should be at home at 2 AM for safety sake. The reality of it is that there are criminal predators out in the streets looking for victims.

Way to victim shame. Why not write they were dressed too provocatively, too?