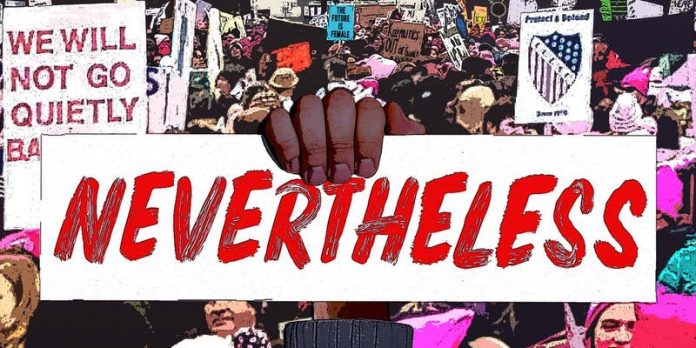 The City of West Hollywood will host a special sneak-peek event to showcase Filmmaker Sarah Moshman and her latest work-in-progress documentary, Nevertheless.

The event will take place on Friday, October 25, 2019 at the City of West Hollywood’s Council Chambers/Public Meeting Room, located at 625 N. San Vicente Boulevard. The event will begin at 7 p.m. with a film screening at 7:30 p.m.; Q&A at 8:50 p.m.; and reception at 9:15. The event is free and open to the public and RSVP is requested at www.eventbrite.com/e/nevertheless-documentary-allies-and-partners-sneak-peak-screening-tickets-74893419233.

Nevertheless takes a look behind the headlines of the #MeToo and Time’s Up movements and follows the intimate stories of seven individuals who have experienced sexual harassment in the workplace or school context. From a writer’s assistant on a top television show, to a tech-industry CEO, to a 911 dispatcher — the film shines a light on the ways in which we can shift our culture and rebuild.

“In 2017, when Senator Elizabeth Warren valiantly objected to confirm Jeff Sessions as US Attorney General, she fought for her voice to be heard over the attempts of her Republican colleagues to silence her. Trying to justify the actions of his Party, Senator Mitch McConnell remarked ‘Nevertheless, she persisted’ and sparked a rallying cry for all women who fight to make our voices heard,” said West Hollywood Mayor Pro Tempore Lindsey P. Horvath. “The remark went global as feminists using social media reclaimed the powerful message: we will not be silenced, we will not be ignored, and we will persist. I’m thrilled that a ‘sneak preview’ of Nevertheless will take place in West Hollywood. This is a must-see film about the #MeToo movement and the struggle women continue to face to be seen, heard, and believed.”

Nevertheless was created to be a tool for workplaces, organizations, and schools to spark or continue the dialogue about sexual harassment in an informative and educational way. This sneak-peak event will be an opportunity to view this work-in-progress film and gather local activists, leaders, and other key stakeholders together to review, provide feedback, and help build a movement for change.

Sarah Moshman is an Emmy Award-winning documentary filmmaker whose work has been featured on Upworthy, Marie Claire, CNN, and Good Morning America. After directing two short documentaries about female empowerment in young women (Girls Rock! Chicago [2010]) and Growing up Strong: Girls on the Run [2012]) she set out to direct her first feature documentary, The Empowerment Project: Ordinary Women Doing Extraordinary Things (2014), which has been screened more than 700 times around the US and around the world, starting conversations about gender equality. Moshman’s second feature documentary, Losing Sight of Shore, follows the incredible journey of four women who rowed across the Pacific Ocean; it was released globally on Netflix in May 2017.