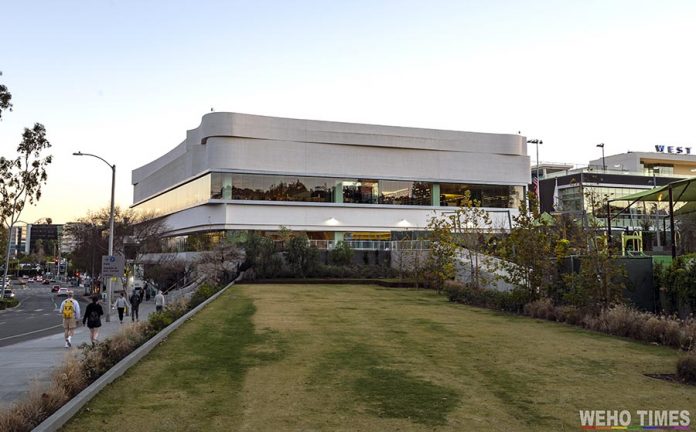 A motion passed at a regular city council meeting on Monday, to keep the City of West Hollywood Public Library name and not name it after the honorable Justice Ruth Bader Ginsburg. Mayor Pro-Tem Sepi Shyne offered a compromise with the motion to keep the name as is, and go through the naming process to have one of the rooms in the library named after Justice Ginsburg.

The motion passed with a 4 to 1 vote, with council member John D’Amico voting no.

The seven persons who spoke during public comment were against renaming the library after Justice Ginsburg, mainly because she has no real connection to the City of West Hollywood.

Speaker Andrew Campbell pointed out that buildings are already being named after her and that most of them have a connection to her in some way.

Mayor Pro-Tem Shyne spoke against the survey used to get public feedback, saying it was not a professional survey and that anyone could take that survey multiple times a day. She alleged that people were for and against the renaming, but the majority of commissions that voted were in favor, and the majority of survey voters with email addresses were also in favor of the name change.

Shyne stated if they had chosen to name the library after a LGBT person like Ivy Bottini, there would still be anger. She said the name change was not meant to be divisive

“I think the intent was not to create a divisive situation and just as our staff report said, what we were hoping is that, because we do have this world-class library, and we would have a name that is known around the world, that it would actually become a place where people would want to come who aren’t necessarily from West Hollywood… there is no mal intent here. We learned that people really do get engaged when you have something interesting for them to be engaged about…”

The Mayor agreed that any survey the city does should be a statistically valid survey done by a professional market research company or polling company because there are just too many things that people can do to skew the results one way or the other.

“I think all-in-all there was actually a very positive response to the possible name,” she added during her comments. “I think people understood that Justice Ginsburg was someone who valued the things that we value, and protected people we want to protect. I just remember when I was first elected, being on the stage when marriage equality was passed, and this was just a defining moment for me in terms of the naming process, knowing that yes, she actually was part of our city because without her, many things…protections for women, protections for LGBTQ, protections for our transgender community, protections for men, wouldn’t have happened if it wasn’t for her.”

She ended her comments by stating that she was ready to move on.

Council member Lindsey Harvath remembered when the city went through the process of the naming of the Sal Veterans memorial fountain, and how there wasn’t anywhere near the amount of divisiveness that the library renaming brought up “I think it’s because we do have a world class name. We love West Hollywood. Everybody is passionate about it. I’m grateful we are able to keep the library named in a way that brings people together.”

She suggested that the city could fund resources in that room to focus on gender studies, women’s studies, the law to continue to make it a destination.

Council member D’Amico disagreed with his colleagues. “I can’t support this,” he said. “I’m kind of disappointed by the sort of misogyny that sort of went through the community, and sort of suggesting that her amazing work is not alive in each one of us in this city because of her decades of commitment.”

He brought up the Sal Guarriello Veterans’ Memorial and how he’d bet that 99 out of 100 people have no idea who Sal is. “He was a good guy,” he said. “He was a veteran, but I think naming local landmarks after local politicians is not worth the stone it is carved in… we should consider renaming it the Veteran’s Memorial… I’m disappointed. I think we make big moves. Sometimes we get them wrong, but sometimes we get them right and this was a big move that we were going to get right, so I’m sorry we’re not doing it and I’ll be happy to visit that room after her, but I’m not going to vote to make that.”

City manager Wilson stepped in to clarify that there is a naming policy for a room inside the library.

“I just want to clarify on the process,” he said “The library is a county library, but it’s still a city building. The process to name a room is similar to the process of naming the building… it certainly won’t be as rigorous, but you may have this item back. I don’t want you all to leave with the expectation that we’re just going to work with the county and rename it. There is a part of our naming policy that includes the naming of rooms and other things and city facilities.

Motion was on the floor to keep the Library as it is, the City of West Hollywood Public Library, and to go through the naming process to have one of the rooms in the library named after Justice Ginsburg, and the motion passed with a no vote from D’Amico.