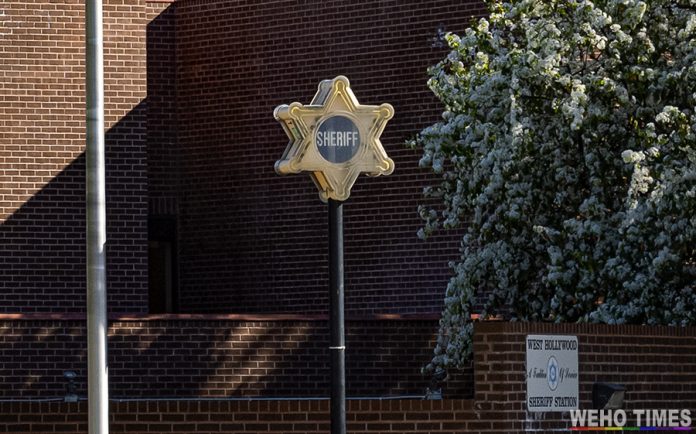 Agenda Item 5.A. in the next regular West Hollywood City Council meeting on Monday, February 7, 2022, will explore the potential temporary or permanent relocation of the West Hollywood Sheriff’s Station to assist in facilitating joint development at the Metro Division 7 Bus Yard/County Sheriff’s Property at San Vicente Blvd and Santa Monica Blvd.

The City Council will direct City Staff to analyze the following:

The current West Hollywood Sheriff’s Station is located at the southeast corner of San Vicente Blvd and Santa Monica Blvd. The property is approximately 2.1 acres in size and is adjacent to the Metro Division 7 bus yard which is approximately 8.5 acres in size. Previously, Metro, the city, and private developers had preliminary conversations about redevelopment of the combined 10.6-acre site, however, those conversations did not result in a project.

As the city has been working with Metro, there have been initial discussions about the potential for a transit-oriented public-private-joint-development project on the combined 10.6-acre Division 7 bus yard and Sheriff Station site. A transit-oriented joint- development on the site would include a station for the Northern Extension that could include multiple access portals. Since a station would be located at the intersection, the city has had initial conversations with Metro about the potential for a transit-oriented joint- development at the site. A potential development at the site could include a variety of land-uses and could also help to fund the construction of the station and/or a portion of the Northern Extension through a ground lease reflecting the potential residual land value, future property taxes dedicated to an Enhanced Infrastructure Financing District, or other revenue generated from the new development.

As a part of the city’s preliminary discussions with the Metro Joint Development Division about the feasibility of transit-oriented development at the site there have been concerns raised about the phasing of a potential project and the need to maintain a functional bus yard at the site. Specifically, the Division 7 bus yard services significant portions of central Los Angeles. Any transit-oriented joint-development on the site would need to include the replacement of the bus yard (likely under the new development) and allow for the continual operation of the current bus yard during construction. Due to the size of the bus yard, it would not be feasible to relocate it either temporarily or permanently. With that in mind, City and Metro staff have had preliminary discussions about how the bus yard could continue to operate during construction as a part of a phased development project. Specifically, there were conversations about the difficulty of maintaining continual operation of both the bus yard and Sheriff’s station during construction of a project and whether it would be feasible to relocate the Sheriff’s station either temporarily or permanently so that the 2.1 acres that facility is located on could be utilized to facilitate the phased construction of a project on the site, while still allowing the Division 7 bus yard to operate during construction.

Additionally, the current Sheriff’s station was constructed in 1980 and is 42 years old. Due to its age the station needs significant renovations and expansion, or the construction of a new station may also be needed.

It should be incorporated into the new development. If the metro stop is built there we will need the sheriffs presence.