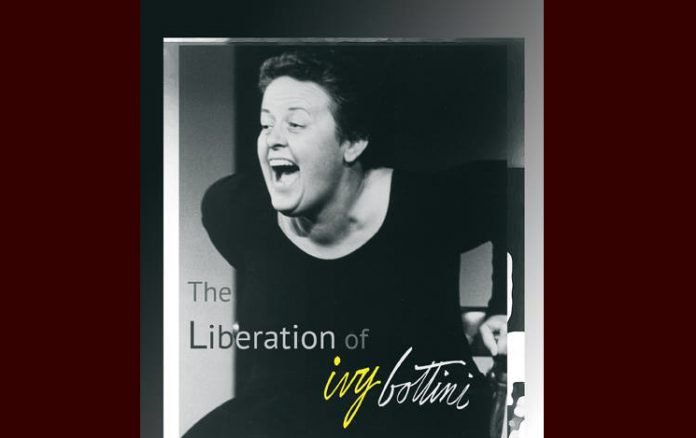 Anyone who has ever attended a West Hollywood city council meeting is well aware of the presence of Ivy Bottini. She’s festy. She’s outspoken. And is known for for going past her time limit when she is speaking her mind in the public comments portion of a council meeting. But exactly who is this gutsy, no none-sense woman? Where does she come from? What’s her story? City of West Hollywood’s Arts Division for a WeHo Reads event is highlighting the new book “The Liberation of Ivy Bottini, A Memoir of Love and Activism”, which answers those questions and more with a conversation between feminist, LGBTQ activist, and West Hollywood icon Ivy Bottini and her biographer Judith V. Branzburg. The event will take place Wednesday, January 16, from 7 p.m. to 8:30 p.m.

“My friend Ivy Bottini dared to come out as her true self when that was far more difficult than it is today. Her story will inspire each reader to be honest and authentic–and what could be more important than that?” — Gloria Steinem

Colorful, charismatic, magnetic, and brilliant are just a few of the words used to describe Ivy Bottini, a woman who was at the forefront of the NOW movement and the second wave of feminism. She helped found the New York City chapter of the National Organization for Women and in 1969 designed the NOW logo that is still used today. She moved to LA County in 1971 and became an activist for many LGBT causes, co-founding the Coalition for Human Rights, the Los Angeles Lesbian/Gay Police Advisory Board, AIDS Network LA, and AIDS Project LA. Her stories of transformative personal growth, sacrifice and activism are not only inspirational and educational, but also a model for activism from a leader in two of the most important liberation movements of the past half century—women’s liberation and gay & lesbian liberation.

“Ivy Bottini, colorful, charismatic and a brilliant organizer, was there from the beginning of the second wave of feminism. She was the dynamic president of New York NOW (the premier chapter of the National Organization for Women). She was the driving force behind many of NOW’s most dramatic and successful actions. She was a martyr to the homophobia of the early women’s movement. Relocating to Los Angeles, Bottini reinvented herself, this time as a magnetic and effective leader for lesbian and gay causes. The Liberation of Ivy Bottini brings to life an important story of two crucial movements of the twentieth century and the huge, complex personality of a woman at the forefront of both movements.” — Lillian Faderman.

A book signing will follow, with books available for sale from Book Soup. Sponsored by the City of West Hollywood’s Arts Division (@WeHo Arts) and Lesbian Speaker Series, the Los Angeles LGBT Center, Hollywood NOW and the The June Mazer Lesbian Archives.