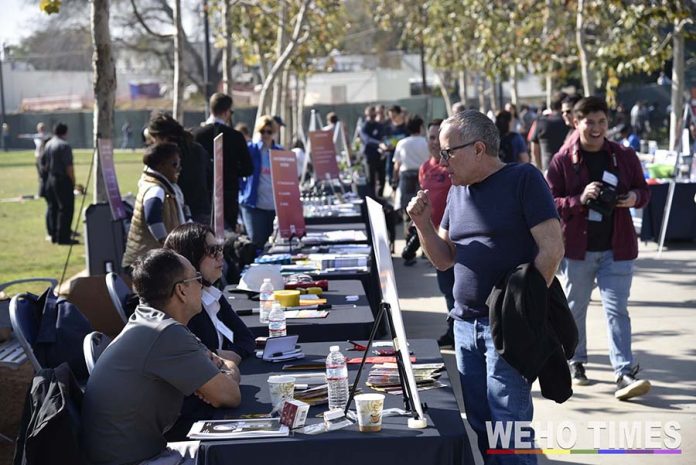 The City of West Hollywood brought City Hall to West Hollywood Park this weekend with the launch of “City Hall to You”, a quarterly series of City Hall community meetups in an effort to increase engagement and accessibility to City Staff. The community pop-up invited WeHo residents who don’t always have the opportunity to attend council meeting, to speak to City employees who run specific departments in their division.

It was a sunny Saturday afternoon at West Hollywood park on Saturday and the City of West Hollywood provided a festival of information, via tables and interactive booths lined on the walkway alongside the WeHo dog park. Attendees enjoyed free breakfast burritos and other free giveaways like doggie treats, back scratchers, herb plants and a plethora of reading materials.

The City also used the event as an opportunity to inform the public about its new Census 2010: “Be Counted West Hollywood” campaign. Pamphlets were available with information on how to become a Census 2020 ambassador. There were also props for people to hold in front of a weho.org backdrop to share on their social media. 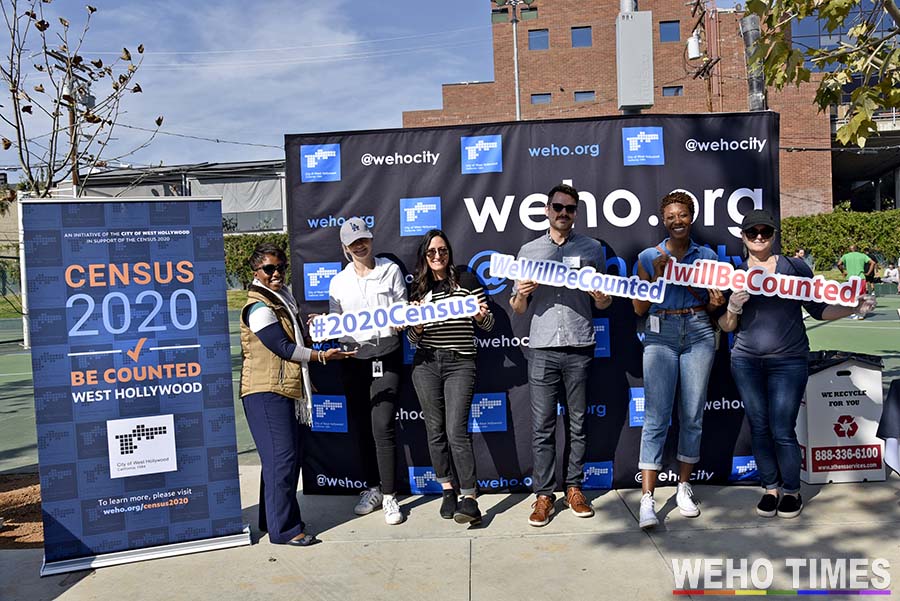 Council member Lauren Meister, was seen at the event, as well as City Manager, Paul Arevalo, who provides executive oversight to a team of department directors as the chief executive.

But it was West Hollywood Mayor, John D’Amico who was quickly surrounded with community members eager to shake his hand and take turns asking questions. He was seen taking email addresses to follow up on some questions people had regarding their neighborhood.

“This a good opportunity for people to talk to their mayor and city council members,” said D’Amico. “This is regular city council member life. Everyday is a pop-up for me. If it’s not here, it’s at the grocery store. If it’s not at the grocery store, it’s at the gym. If it’s not at the gym, it’s at the Starbucks. It’s great. I think doing it by our dog park is super smart. We’ve been doing something like this at pride for many years, but I think this makes more sense. The number of people who come by are more likely to be residents, than at Pride, which has 40,000 people and that’s not every resident of West Hollywood.” 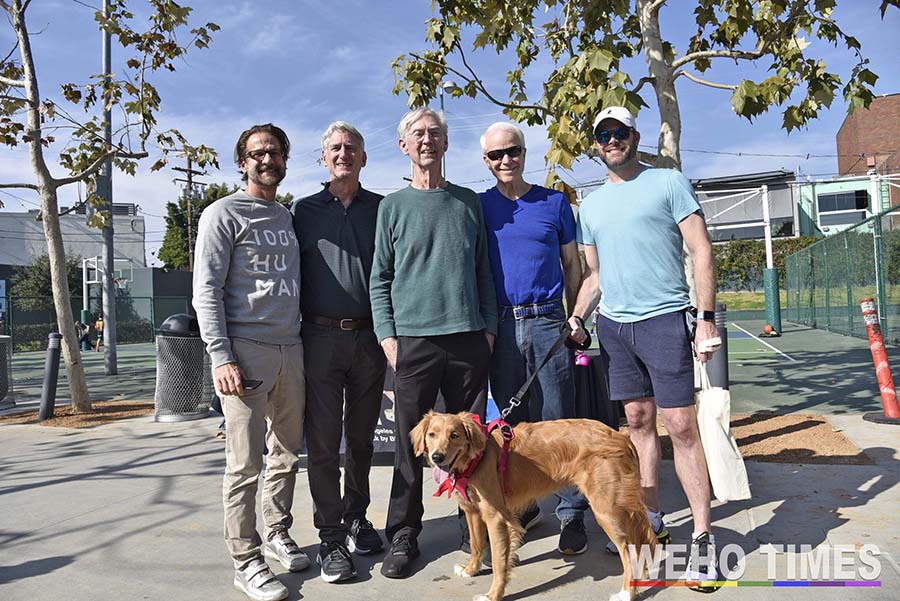 Mayor D’Amico admitted he saw some new faces at the community meetup. People asked him questions regarding issues like speed bumps, neighborhood groups, how non-profits can start in our city and so on.

“We all on the city council are trying to get our city to be in places that are more accessible and user friendly,” he added. “We have the app, which has been very successful in getting people to interface about trash left on the side of the road, or questions about parking, but then there is also this idea. City Hall Employees exchange oxygen for carbon dioxide just like regular residents and seeing everyone interact is really what this is all about. Our city council are genuinely interested in making this as a terrific a place as possible, and this is the way you do it.”

“I think it’s great that the mayor and the city departments are here to make it easy for us to interact and get questions answered and figure what’s going on,” WeHo resident Rob Saltzman, told WEHO TIMES. “Talking to the mayor was great. He was very responsive. He emailed a city department about traffic in the Norma Triangle, which is what we were talking about.”

The new City Hall to You pop-ups will take place at various times and locations throughout the city. For more information, contact Jasmine Duckworth, City of West Hollywood Community Affairs Coordinator, at (323) 848-6559 or at jduckworth@weho.org.