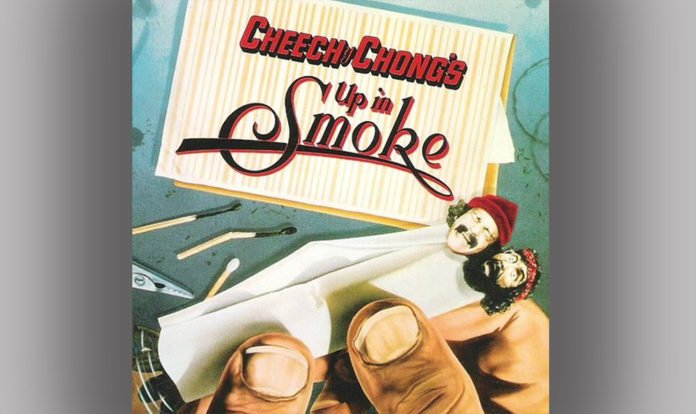 Comedy legends Cheech Marin and Tommy Chong will be honored with a key to the City of West Hollywood on Monday, April 16 at the The Roxy nightclub on Sunset Boulevard. The key will actually be split in two parts, so both Cheech & Chong walk away with half a key.

The ceremony promises to be dope. It will be hosted by comedian and actor George Lopez. The West Hollywood City Council will present a proclamation recognizing the duo’s umm… joint blazing contributions in entertainment. There will also be the unveiling of a commemorative graphic to eternally grace the sidewalk outside the Sunset Strip’s famed nightclub The Roxy.

The event coincides with the 40th Anniversary of the move Up In Smoke, which debuted in 1978. The American stoner comedy film was directed by Lou Adler. It was Cheech & Chong’s first feature-length film.

Cheech & Chong had been a counterculture comedy team for about ten years before they started reworking some of their material for their first film. Much of the film was shot in Los Angeles, including scenes set in Tijuana, while scenes set on the Mexican border were actually filmed at the border in Yuma, Arizona.

Up is Smoke is about an unemployed pot-smoking slacker and amateur drummer, Anthony Stoner (Tommy Chong), who ditches his strict parents and hits the road. He eventually meets up with kindred spirit Pedro de Pacas (Cheech Marin). While the drug-ingesting duo are soon arrested for possession of marijuana, Anthony and Pedro get released on a technicality, allowing them to continue their many misadventures and ultimately compete in a rock band contest, where they perform the raucous tune “Earache My Eye.”

The movie was not received well upon its release, but Up in Smoke is goes down in history for establishing the stoner comedy genre.

The ceremony is taking place at The Roxy, 9009 Sunset Blvd, on the east side of the club. Arrivals are expected at 12pm and the ceremony will begin promptly at 12:30.