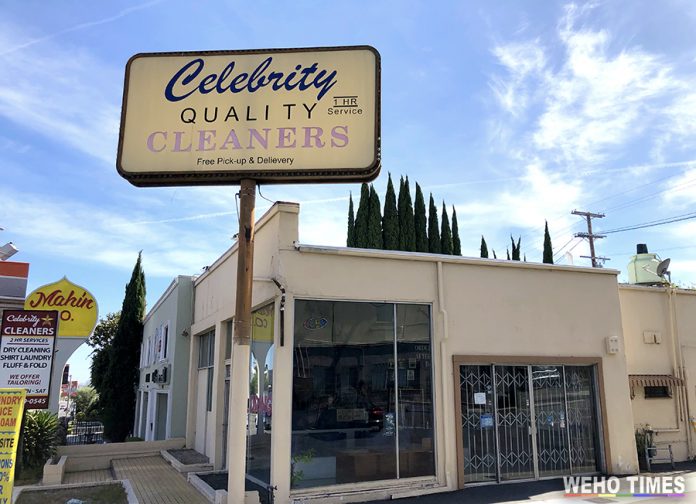 Celebrity 1 Hour Cleaners, located at 951 N. La Cienega is going out of business after servicing the West Hollywood community for 40 years. According to owner Gus, the last day of operation will be Saturday, May 30. He is urging his customer to pick up their dry cleaning by the end of the month.

Celebrity 1 Hour Cleaners is family-owned and family operated. Gus has been running the business for twenty-eight years. He says he purchased the WeHo Cleaners from two brothers back in 1992. According to his assessment, the cleaners has been operating since 1980. He says the property was recently sold. He is unsure what is happening to the space but he’s heard rumors that the space is up for redevelopment. Nothing was confirmed to him by the owners. 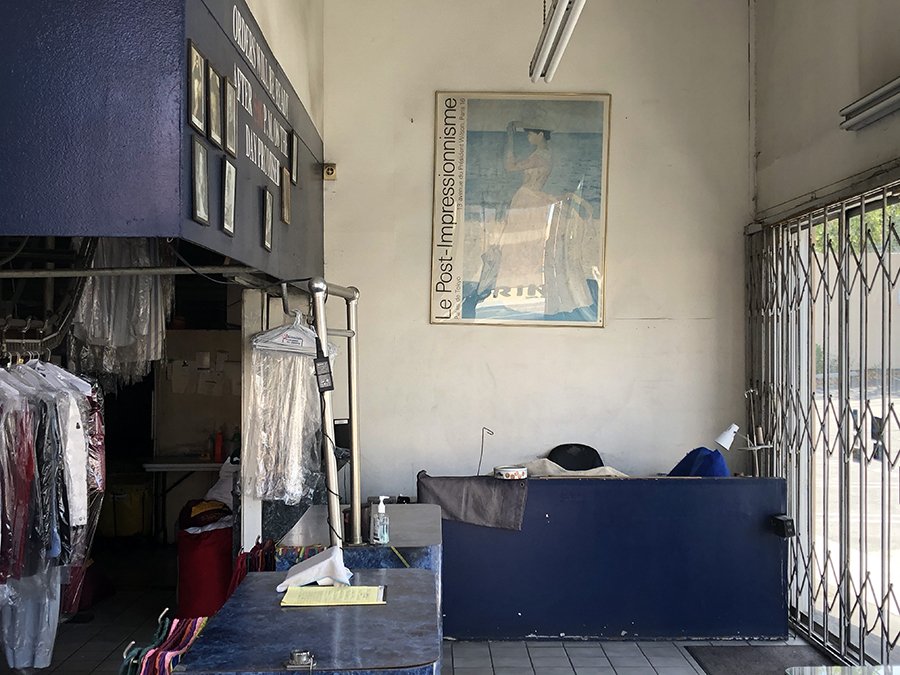 Gus’s plan was to remain open till the end of the year, but then the COVID-19 pandemic happened.

“With everything that is happening right now and the the property being sold, there is no way to hang on, so we have to close up,” Gus told WEHO TIMES. “There is no business right now. I’ve been open this whole time. I only had to close down for two weeks, because someone here tested positive, so we had close, but it makes no difference because hardly nobody is coming in. We’re doing in one month what we were doing in one week.”

His said he wanted to notify people that he was closing at the end of the year. “I was going to post signs saying that were were closing in such and such a date, but with this thing happening, people haven’t been in since February.”

Since Celebrity 1 Hour Cleaners is closing somewhat abruptly, he says he wants to get the word out. He’s had customers for years and a lot of them haven’t updated their contact information. He’s urging his customers to pick up their cleaning before the end of the month. May 30 is the last day of operation, but Gus says he will be around for the first week of June. He says he will leave his cell phone number at the store to allow people to set up a meeting time pick up their clothes after the place is emptied out.

“Thanks to the community for all their support for so many years,” he added. “If you have clothes here, please come pick up your clothes. I will be here till probably June 5th, but the last day we are operating is on the 30th of May. We’re working normally until next week. After next week, we won’t be able to do any production, but there is not many people coming in anyway.”

Celebrity 1 Hour Cleaners is currently open Monday through Friday, from 7am – 3pm until further notice.

I believe this was Liberace’s museum back when.

Further destruction of West Hollywood. Must the WHOLE city be bulldozed??? The city council will sell the city to their developer cronies for very small donations to their campaign. It’s absolutely pathetic and the Secretary of State and FBI should investigate City Hall.