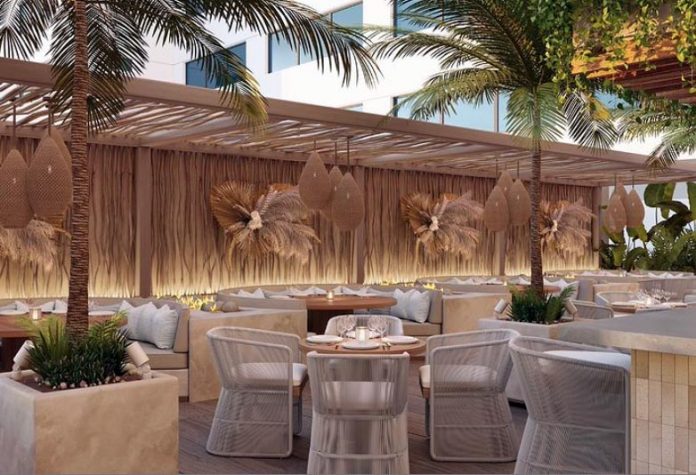 Casa Madera WeHo, a high-end Mexican restaurant, is coming to West Hollywood’s Mondrian Hotel, located on the Sunset Strip, at 8440 Sunset Boulevard. Alcoholic Beverage Control (ABC) has the business listed as Mondrian LA/Casa Madera West Hollywood, and according to their Instagram account, the WeHo location is currently under construction.

Casa Madera is sister to the Toca Madera restaurant/bar/lounge known for its organic Mexican food and its blend of dinner and live entertainment. There is a Toca Madera location at 8450 W 3rd street. Their website calls it their West Hollywood Location, but it is actually planted in Los Angeles.

The new restaurant is inspired by the Riviera Maya. Chef AJ McCloud / Tosh Berman describe the cuisine as “coastal Mexican, refined with French technique and Japanese precision.” Another location is slated to open at the 1 Hotel in Toronto. A third outpost will open this year in Miami.

A Las Vegas location of Toca Madera will open soon. A fourth restaurant is slated for Chicago’s River North neighborhood. “That new design and that new experience is really what we’re going to showcase in the next generation of our expansions.” Berman tells What Now Los Angeles. Tentative plans for restaurants in Miami and New York City are on the books as well.

Noble 33 is considering building out locations of Madera, a casual concept with a sole outpost at the Treehouse Hotel London. Madera will also be taking over food and beverage operations for Hotel Figueroa where it recently opened La Casita and will soon launch a pool club called Driftwood. Another fine dining concept, Sparrow, is slated to open there in about a month.