Car Crashes Into Ambulance on Santa Monica Blvd – Arrest Made 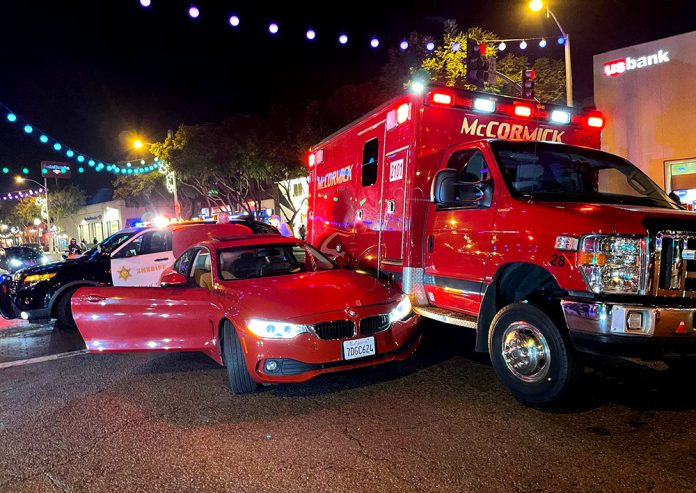 A red BMW tried to bypass a McCormick ambulance and crashed into it. The race resulted in the car wedging itself onto the emergency vehicle Tuesday night, at roughly 8:40 p.m.

The incident happened at the Santa Monica Boulevard and San Vicente Boulevard intersection, in front of Rocco’s WeHo restaurant, bar and lounge. It’s also just a few feet away from the West Hollywood Sheriff’s station. 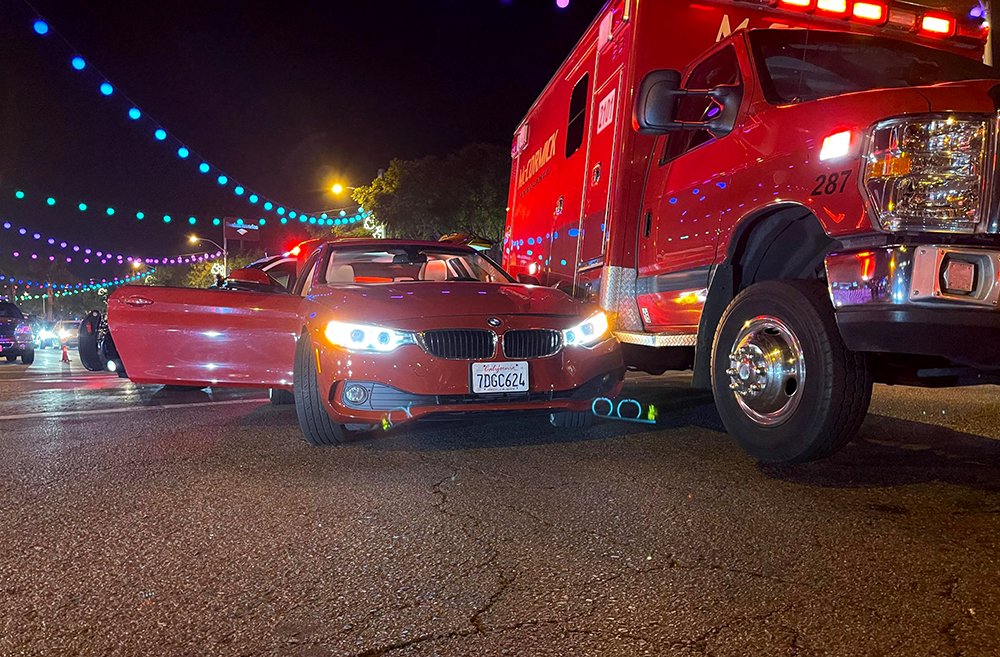 According to witnesses, the red BMW tried to race the abulance and failed. It hit the McCormick truck so hard, it lifted the truck from the side disabling the vehicle and creating a traffic jam.

West Hollywood Sheriff deputies were on the scene. Eyewitnesses say the driver failed a sobriety test. He could not walk in a straight line and was immediately arrested for allegedly driving under the influence. Photos show the driver getting handcuffed, while a sheriff deputy takes photos to document the incident. 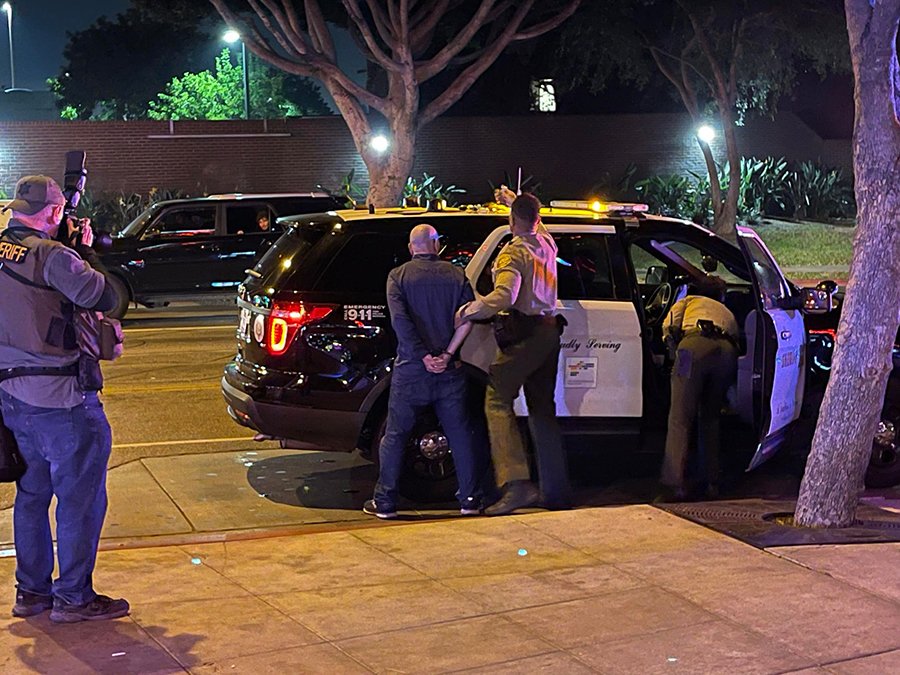 “He failed the sobriety walk test,” said one witness who contributed photos of the scene, but chose to remain anonymous. “He failed as far as to even attempt it.”

Shortly after, the ambulance was dislodged from the BMW and a tow truck was on the scene to remove the BMW and allow the flow of traffic to continue on Santa Monica Boulevard.

No injuries have been reported.

Have a tip? Send an anonymous tip on a drunk driver or any other crime to TIPLA.

(Tips are not received directly by the West Hollywood Station. Do not use this for emergency situations.)

Tipsters now have the option of texting tips through their cell phone. The process is completely secure and anonymous and is a very effective and efficient means of safely communicating with authorities in today’s world.

2 – Upon reception of a tipster’s first incoming message, the system will auto-reply with a confirmation containing their unique Tip ID.

3 – To submit follow-up information, the tipster simply replies. Nothing else is needed.

4 – All follow-up tips and even your replies from the application are written under the original parent record and shown threaded and date/time stamped in the narrative. The session may be terminated by the tipster texting STOP into the system at any time or by you manually selecting the “Terminate Thread” button from within the application.

I have not owned a car in decades but, when I did, BMW drivers were the most cocky jerks! Entitled jerks just rich enough for a BMW.

So happy he was caught! Hope he is punished to the fullest extent of the law and I hope that the person in need of the ambulance did not perish due to this idiots actions. What a jerk.