Captain Ramirez of the West Hollywood Sheriff’s Station has addressed the criticism his department is getting by community members who view the Sheriff’s recent precautions as excessive and dangerous during the George Floyd/Black Lives Matter demonstrations in West Hollywood this past week.

From riot gear, wire barriers blocking San Vicente Boulevard, to armed deputies keeping watch from rooftops of local businesses, some community members have voiced that it is too much and only incites protesters to become more aggressive and stay in the city protesting longer. 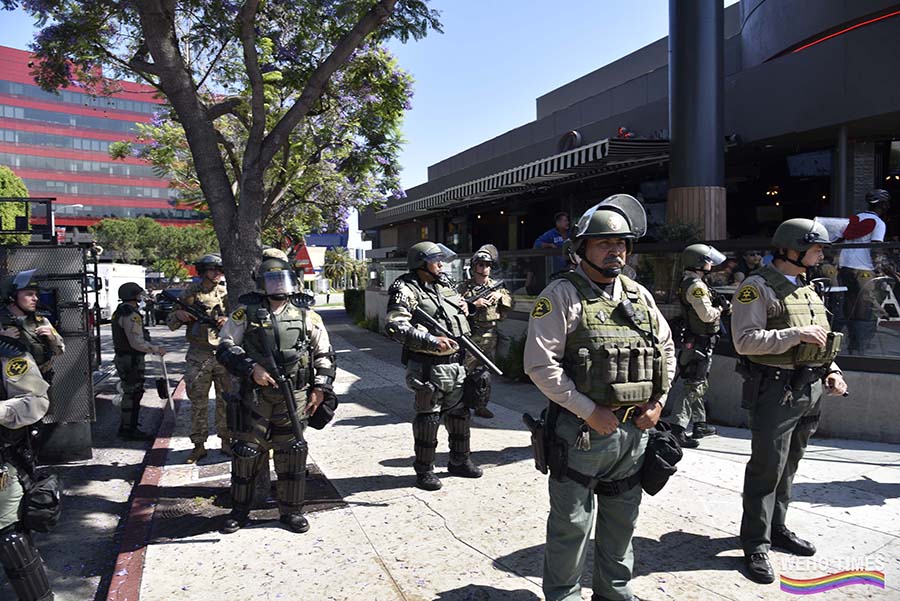 Critics believe the barricades and the armed deputies on the rainbow crosswalk in West Hollywood are agitating protestors, who are noticeably angrier at the police. Their presence, some feel incites them to chant and scream profanities while deputies look on.

One particular incident involves an armed deputy who aimed his weapon at West Hollywood City photographer, Jon Viscott who captured the moment on camera.

A message posted by Captain Ramirez on the West Hollywood Sheriff’s department’s social media explains their tactics to keep the community safe and would-be looters at bay.

The message reads as follows:

West Hollywood Sheriff’s Station’s overarching goal is to keep our residents, businesses, visitors, friends, and protesters safe in the City of West Hollywood. The men and women of the Los Angeles County Sheriff’s Department are dedicated to protecting and defending everyone’s First Amendment Right to protest while ensuring a peaceful experience.

In order to fulfill that commitment, we have set up barriers at certain intersections as there have been threats against the Sunset Strip, Sunset Plaza, the Melrose Shopping District, and our Station. These barriers also help to protect protesters from vehicles and allow them to walk and congregate safely.

Because of the measures we have employed, we have been able to keep looting and vandalism to an absolute minimum. We have deployed less lethal weapons in the field which are meant to deter looters and rioters, certainly, never peaceful protestors.

The variety of Station security measures has been in response to credible threats, agitators who have thrown rocks and bottles, both at our Station and police precincts across the nation, attacks on law enforcement officers, and the burning down of the Minneapolis Police Precinct.

Our preparation is meant to protect peaceful protestors and everyone else in our beloved West Hollywood Community. We are prepared to respond to individuals who turn a peaceful protest into a state of lawlessness. As we do every day, we endeavor to protect life and property. 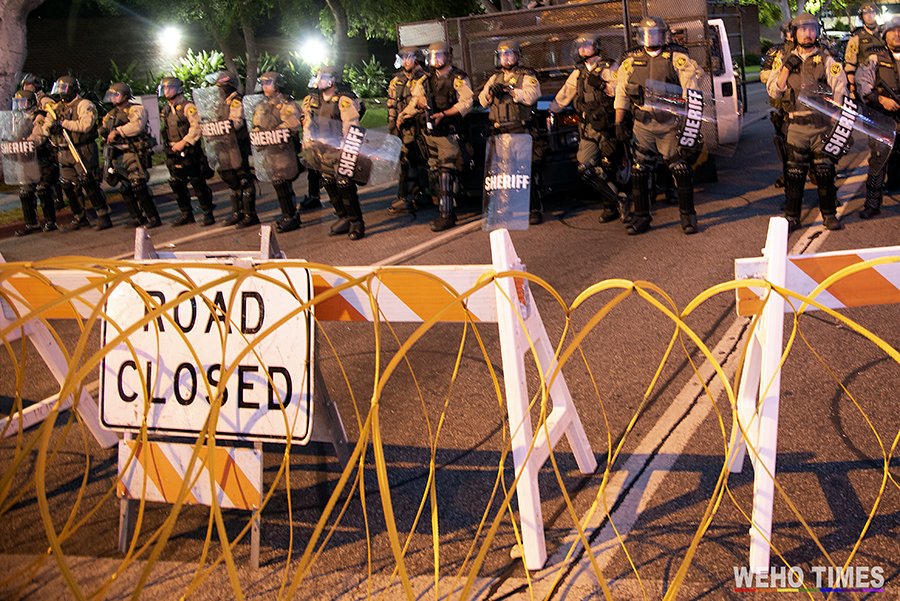 The National Guard has been deployed and were not present at the protest this evening. As a precautionary measure, a wire barrier separated the armed deputies from the protestors.